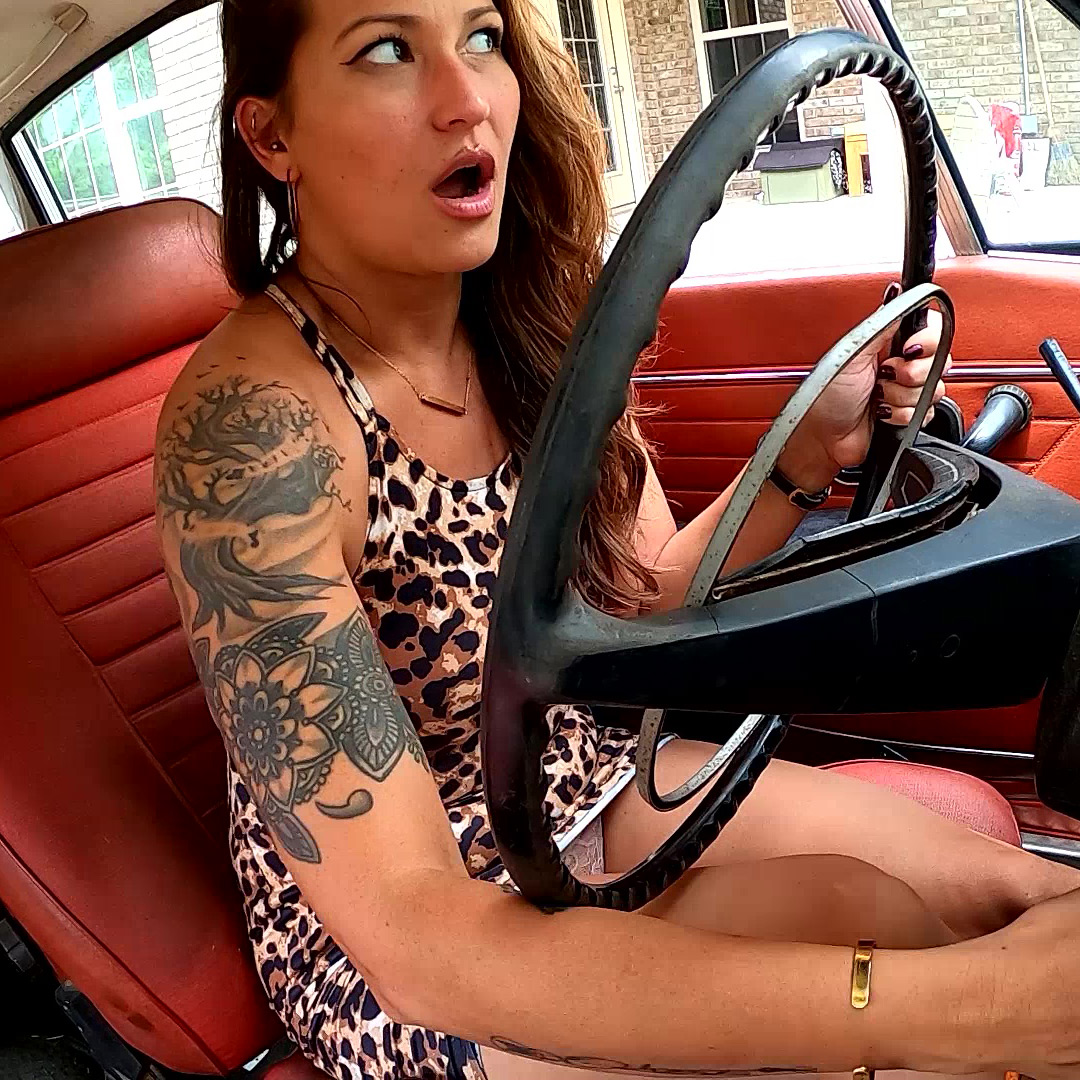 Outfit & Shoes
I don’t have a specific outfit in mind. I would just like for Jane to wear something really sexy for a date night that shows a lot of leg. I prefer bare legs but if the weather is too chilly, some pantyhose or even dress tights (not workout tights) would be OK. The shoes should be something appropriate for the outfit.

The Volvo should be rigged not to start at all. Jane should start out with normal length cranks but as the video goes along, she should hold the key longer and longer and pump it harder and faster. Jane is a great pumper so she can just do her thing with full leg pumping (no ankle pumping) and some holding to the floor mixed in. Please be sure the seat is adjusted up far enough so she can comfortably reach the pedal without stretching and we get good leg action.

Script
The video begins with Jane sneaking out of the house holding her phone as if she is talking to her friend. Just like the stuck video, as she is walking to her car, she is explaining to her friend about her date. I do not care at all about exact dialogue so Jane does not need to memorize and she can ad lib as she sees fit, but she should be telling her friend the story of her date which should include but again doesn’t need to be verbatim:

She had a great time; he walked her to her car when she was ready to go home; he got in with her which was a little weird and even weirder he asked her to pump that gas pedal several times before she started the car; she did what he asked and when she tried to start her car, it wouldn’t start; she kept trying and he kept telling her to pump it more so she did; Jane noticed he got really excited as he watched her crank the car and pump the gas; they wound up fooling around then when she told him she had to get home, her car wouldn’t start for real so she wound up spending the night; she wants to get out of there but now she is worried something really might be wrong with her car and her friend may need to come pick her up.

When she gets to the car, she mounts the phone on the dash (again just like the stuck fetishist video) and continues talking to her friend while trying to start her car. After several tries, she tells her friend she needs to concentrate on what she’s doing and she’ll call her back. She acts as if she hangs up but the camera is still filming her from the mount. The rest of the video is her urgently trying to get her car started so she can get out of there. She video calls her friend back and asked he to come pick her up. She continues trying to start it as the camera fades.