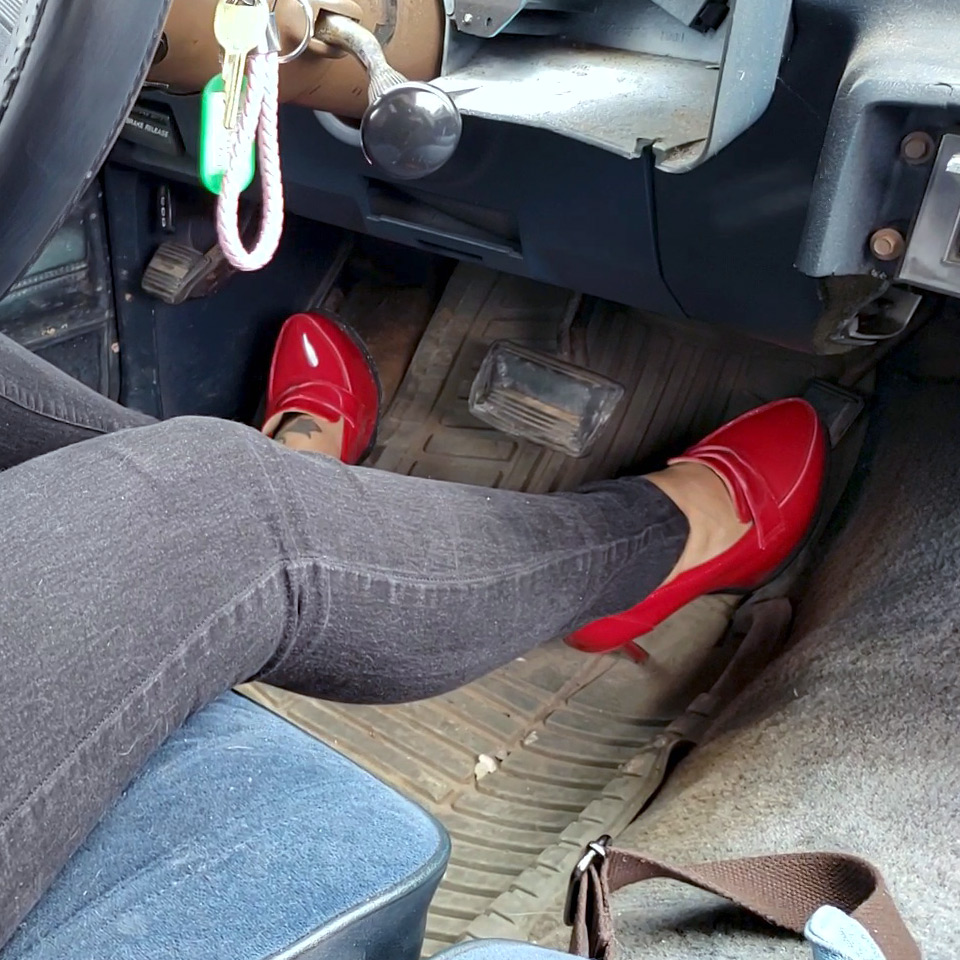 Scenario
Jane’s parents are out of town and have left the old Monte at home. Jane has been instructed not to drive it anywhere, if she does and they find out she’ll be in big trouble. Jane’s boyfriend has been urging her to come over since he doesn’t live that far. So what’s the worse that could happen? After a couple of hours of pleading his case she finally gives in, let’s see how this turns out.
Filming starts with Jane walking out to the Monte excited about going to see her boyfriend. Once inside the car we switch to the passengers view. Jane looks in the mirror to admire how good she looks, then goes to try to start the engine. Jane isn’t expecting any issues from the Monte since her parents just got it tuned up, so she’s a little confused as to why the engine isn’t starting for her. She begins pumping the pedal urgently, begging the engine to catch. After a few minutes of cranking and pumping, Jane finally gets the engine running. “Finally!!” she says, already annoyed and over the car’s antics. She gives it a few good revs to make sure it stays running and she’s on her way.

Jane is on her way riding along the streets, enjoying the power of the Monte under her foot. A couple of minutes into the drive Jane feels that engine is starting to run a little rough and decides to pull into an empty lot and check it out. She pulls into the lot, puts the car in park and begins revving the engine trying to smooth it out. After about 30 seconds of revving Jane is satisfied and decides to pull off. As she goes to shift into drive the engine stalls on her. Pissed off that the car tricked her into thinking it was ok, Jane goes at starting the car and begins pumping it firmly trying to coax it to start. She is only met with sputtering and chugging from the engine unable to keep it running. This goes on for a few minutes, then Jane gets the call from her parents that they cut their vacation short and are on the way home and should be there in about 15-20 minutes. After the phone call, she calls her boyfriend to tell him the situation and that she has to hurry back home. After she’s off the phone, Jane has a renewed sense of urgency to get the car started. She continues to pump with firmness as she bounces and begs the engine to turn over. After a few more minutes of cranking, Jane finally gets the engine to catch. After she warms up the engine, she hurries home to beat her parents.

Vid fades back in to where Jane is heading up the road leading to her house, with no sign of her parents. Jane thinks she is in the clear until the Monte decides to stall out about 10-20 yards from its parking space. “You’ve got to be kidding me, I’m literally so close” she says. Jane goes back to cranking and pumping, but only this time her constant pumping has flooded the engine and she can’t get it restarted. “Please don’t flood out on me” she says losing whatever cool she had left pumping frantically. Jane lost in her own world trying to get the car started doesn’t even notice her parents pull up behind her, until she here’s a tap on the window. BUSTED!

Camera Angles: Whole body passenger with feet closeups throw in here and there.