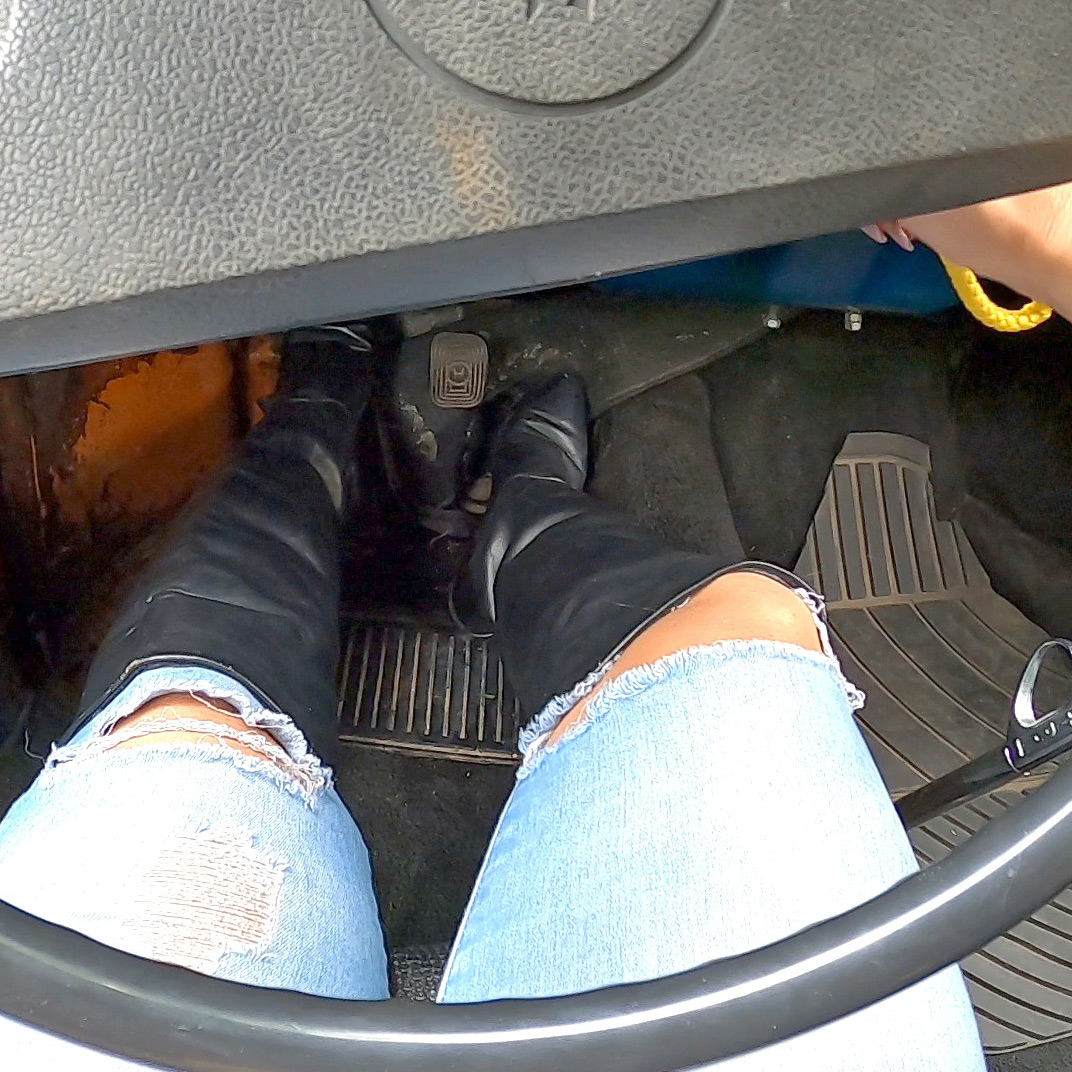 Scenario
In this video Jane is picking up her little guy from her little boy from daycare. As the video fades in she is putting him in the car and kisses him on the forehead she then closes the door and gets in on the drivers side and turns the key no go no pumping the first three times first time regular crank second time longer crank third time even longer crank she then begins to pump the gas after the third time with no mention of her pumping it just begin pumping it. Then she turns the key again no she does this 4 or 5 times then looks over at him smiles and rubs her hand back and forth on his leg good long rub motions the whole leg and back have her do this for about 30 seconds then kiss him and tell him he’s being so good just like that with lots of effection in her smile when she says it then have her put him In her lap she then starts making those goofy car noises she makes he ask to make them with her and she says yes of course. When the camera is in her lap it needs to be square in her lap not on the knee, but smack down center of her lap. The camera will look at her feet while she pumps the gas except when her little guy looks back at her on occasion. After about 2.5 minutes she says ow my foot hurts she then places him back in the passenger seat and takes her boot off but leaves her sock on and rubs her foot he then comments how do you do that she says I’ll show you she then and holds up her fingers and acts like she is ticking the camera for this should occur from minute 3 to 4 by minute 4 she should be face back to the steering wheel and try it again. After a minute of trying she falls back in the seat and says little buddy I don’t think it’s gonna start. Let mommy try again still not starting she says ok i give up and opens the drivers door and gets him out on the drivers side as the video ends she kisses him and says don’t worry baby mommy will get the car fixed so to reiterate minute 0-1 getting him situated and her situated and discovering it won’t start she then begins pumping the gas. Minute one to two she quits pumping it and rubs the seat aka the little boys leg with long sweet moves and reassures him not to worry and tells him what a good boy he’s being minute two and a half to three she places him in her lap and bounces him and makes those goofy noises. Minute 3-4 she gives herself a foot massage and when he offers to help she pretends to tickle him 3-3.5 should be the foot massage and 3.5 to 4.5 should be the pretend ticking session 4.5 to 5 the closing where she apologizes and wraps it up and tells him she’s sorry she can’t get it started. Then finally gives up and gets him out of the car video ends.