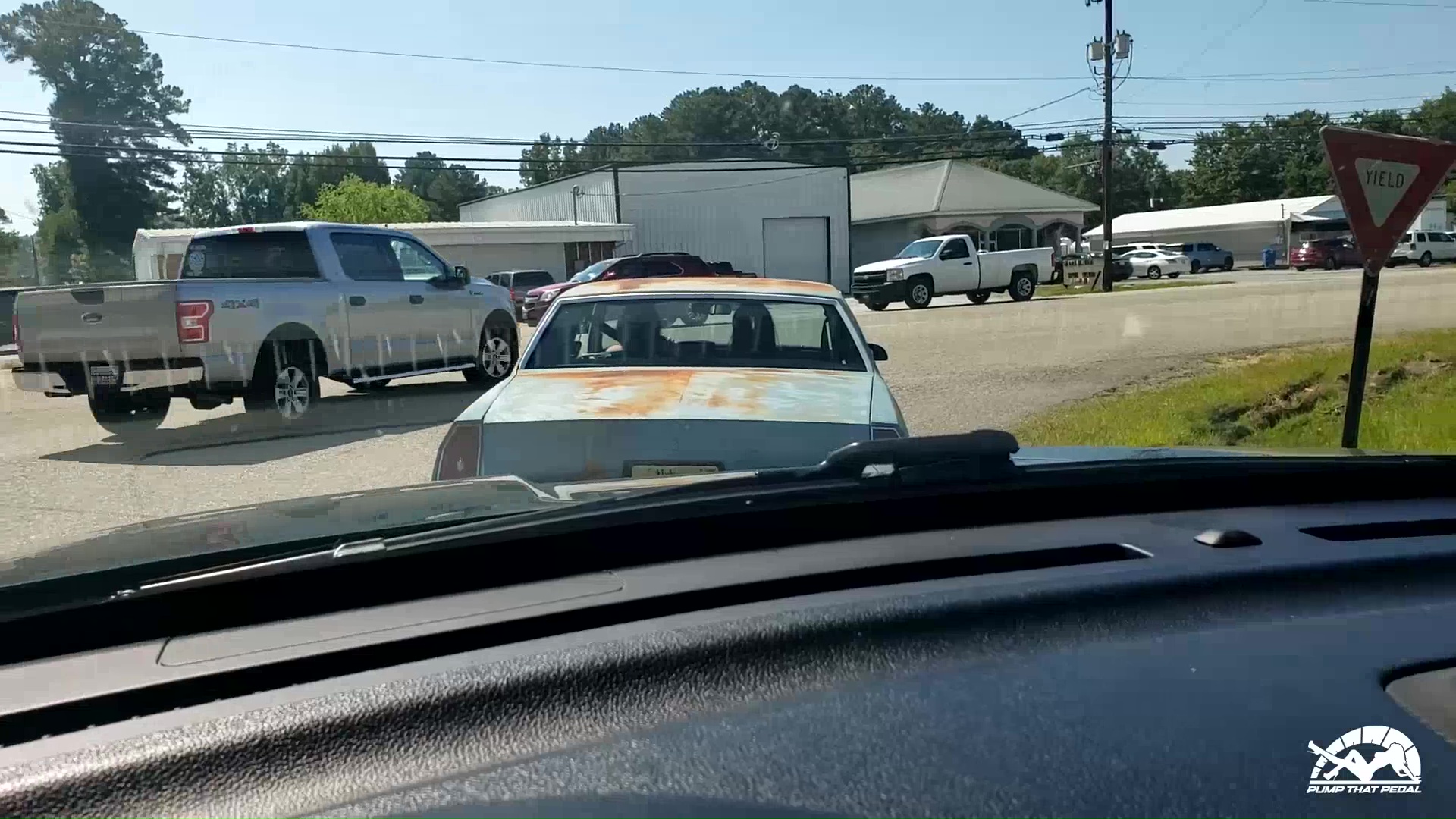 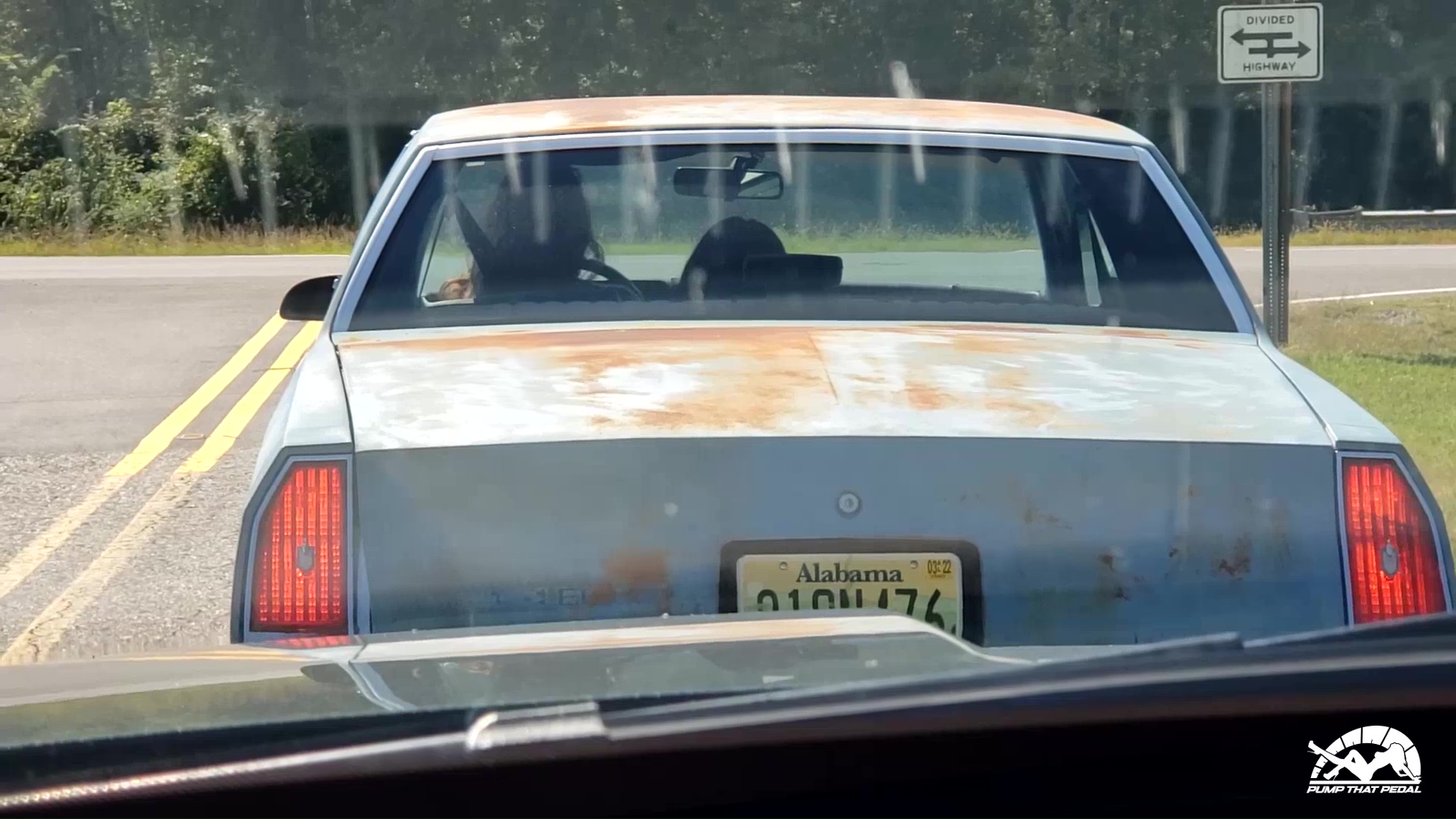 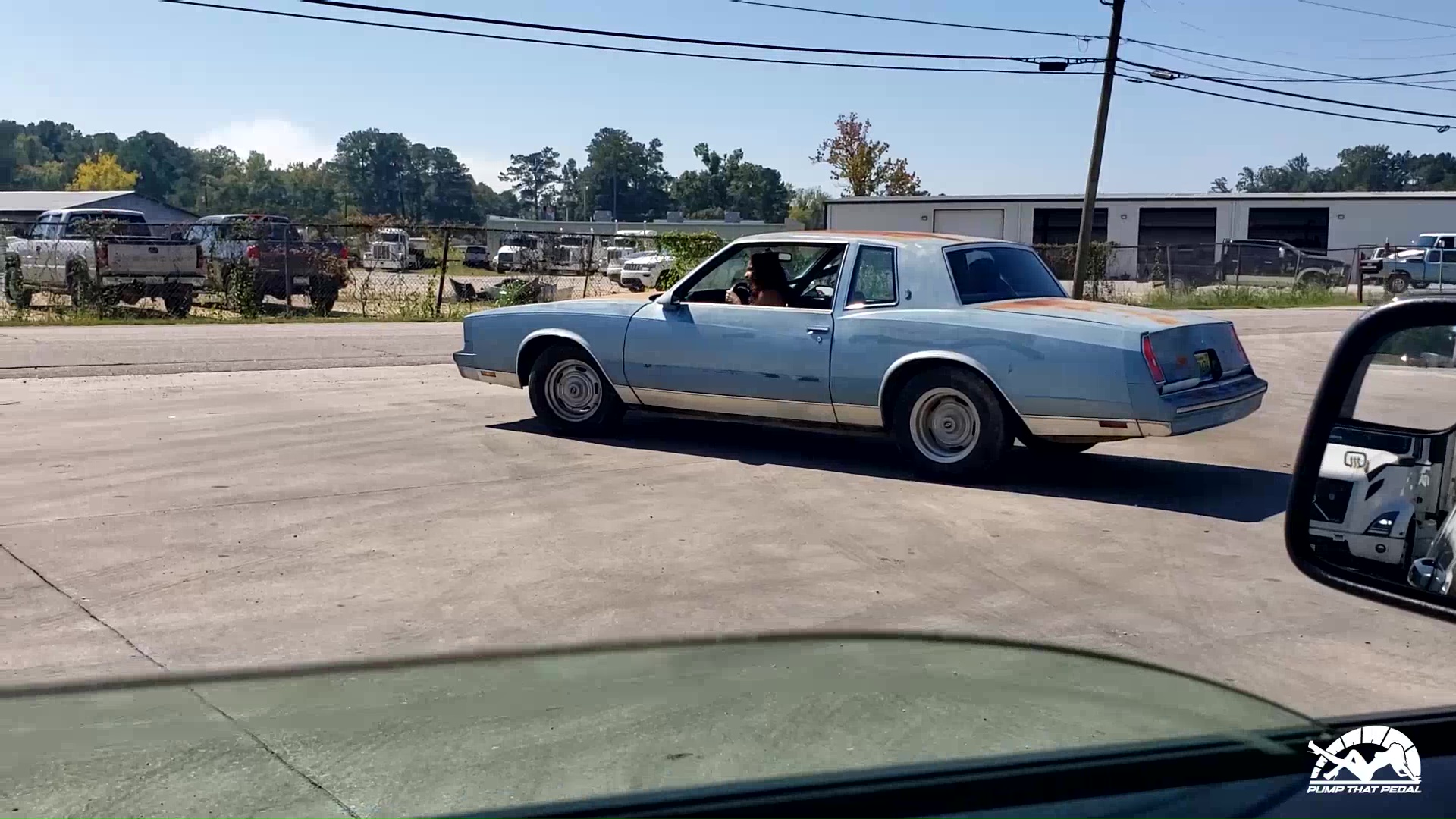 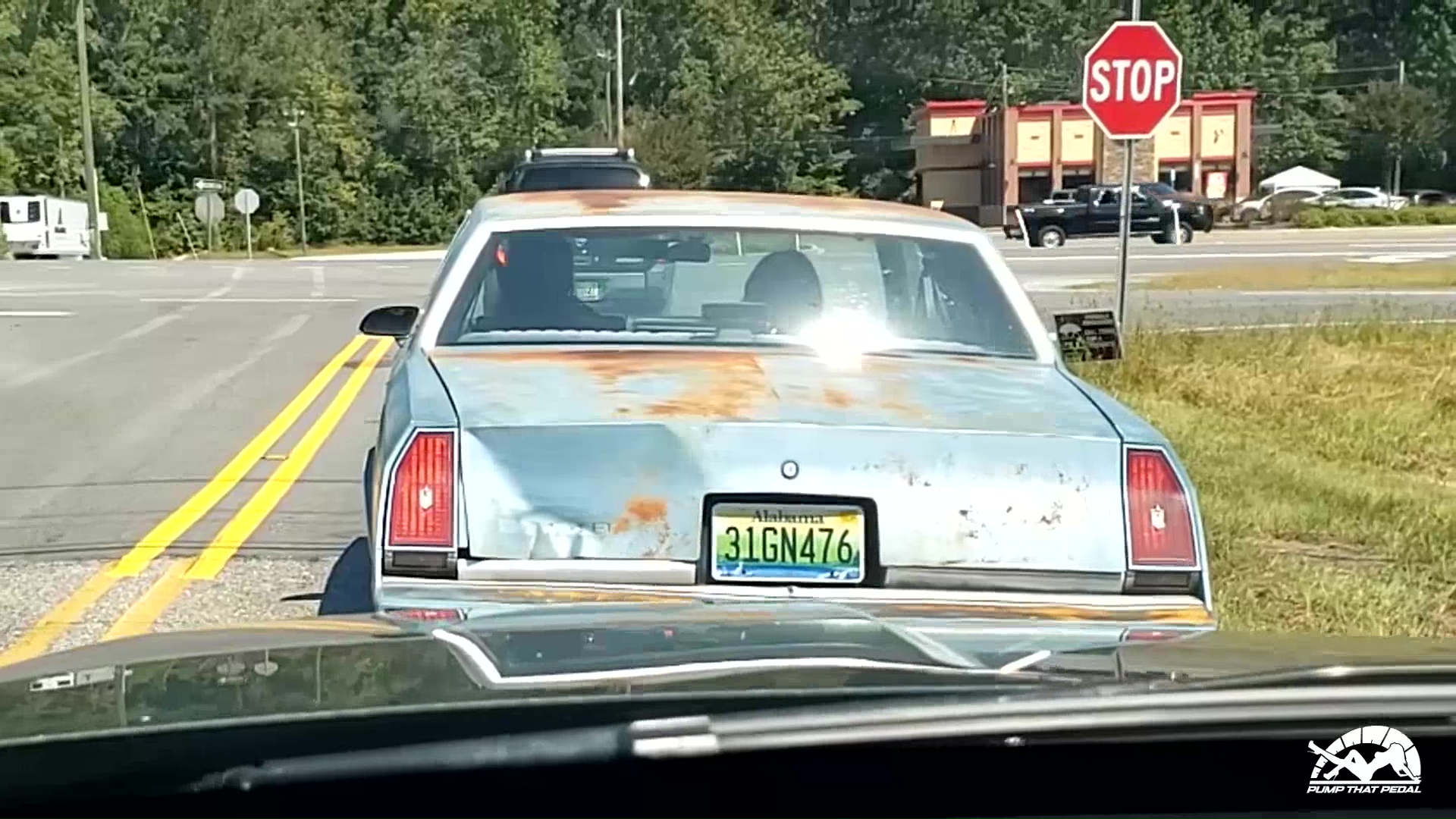 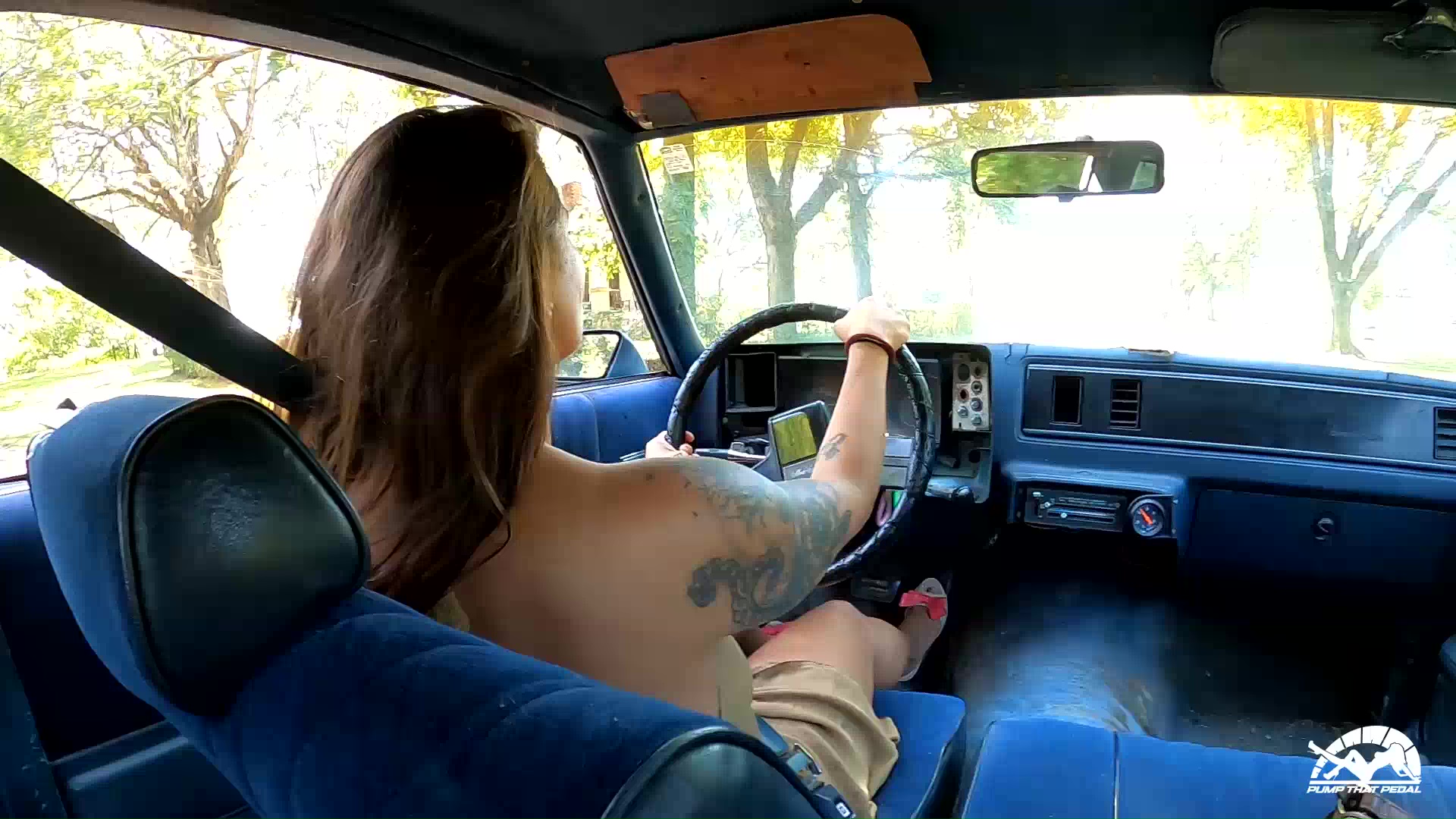 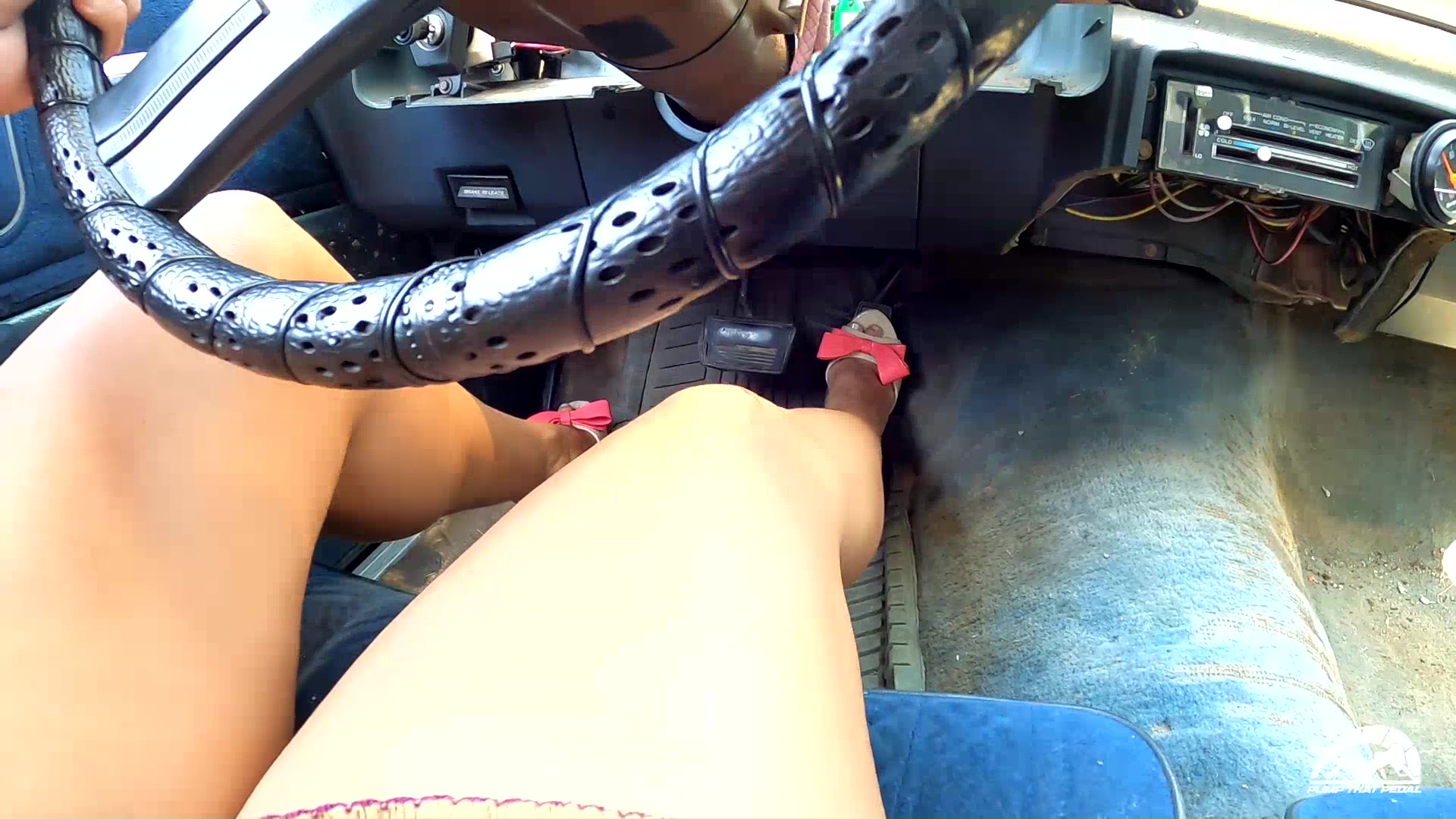 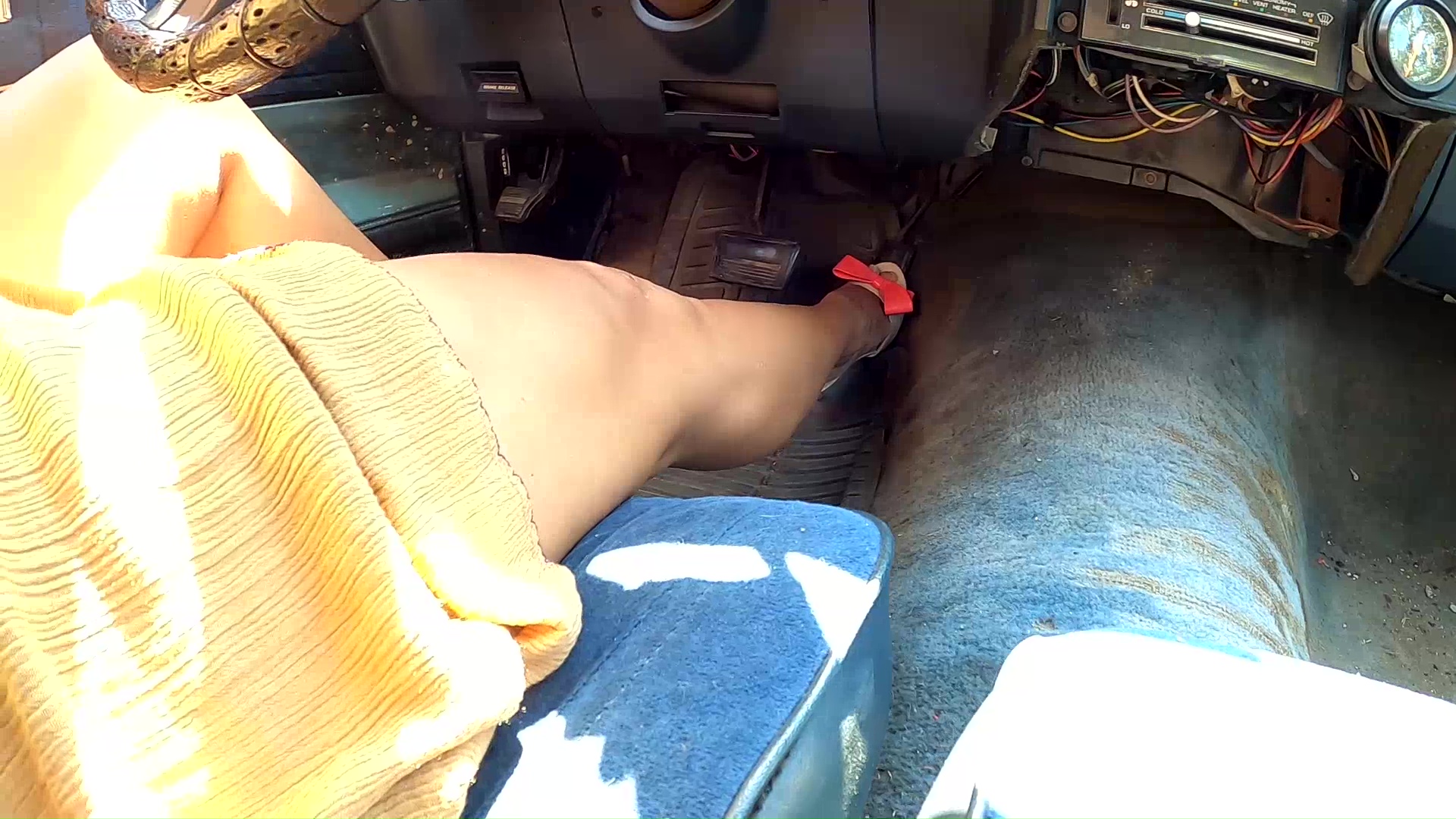 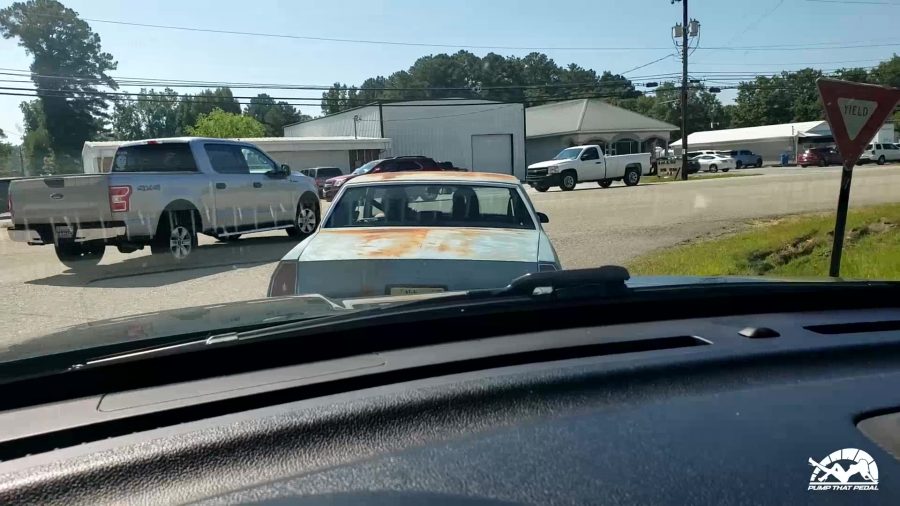 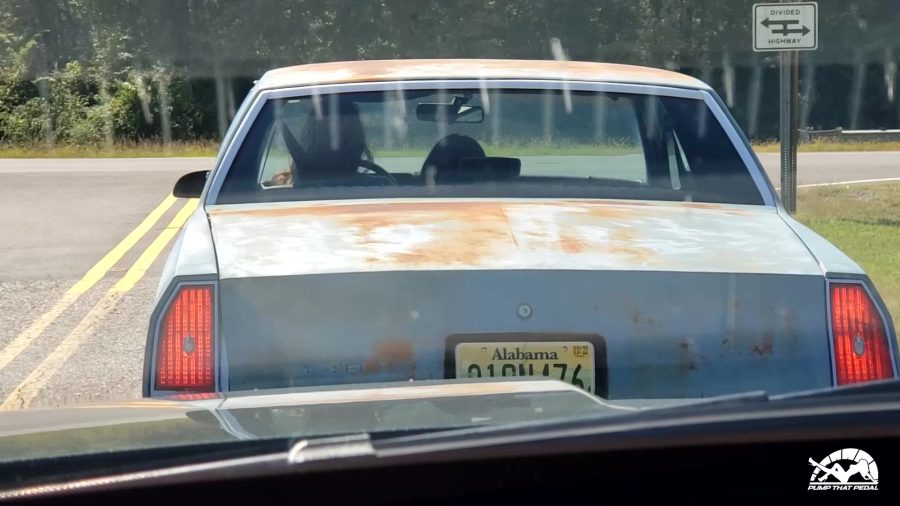 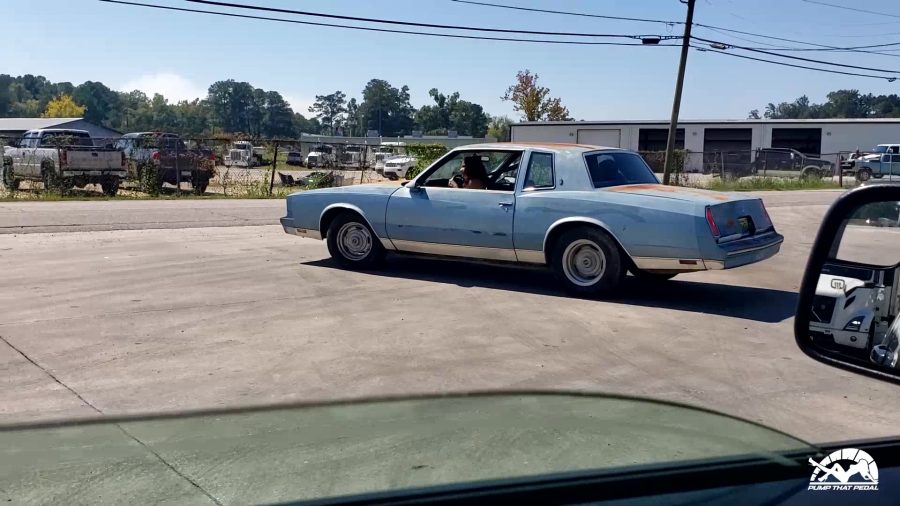 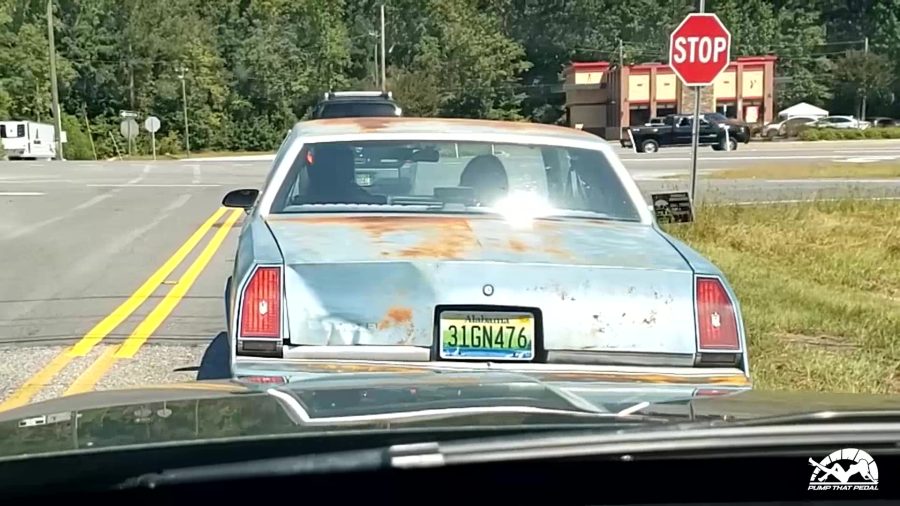 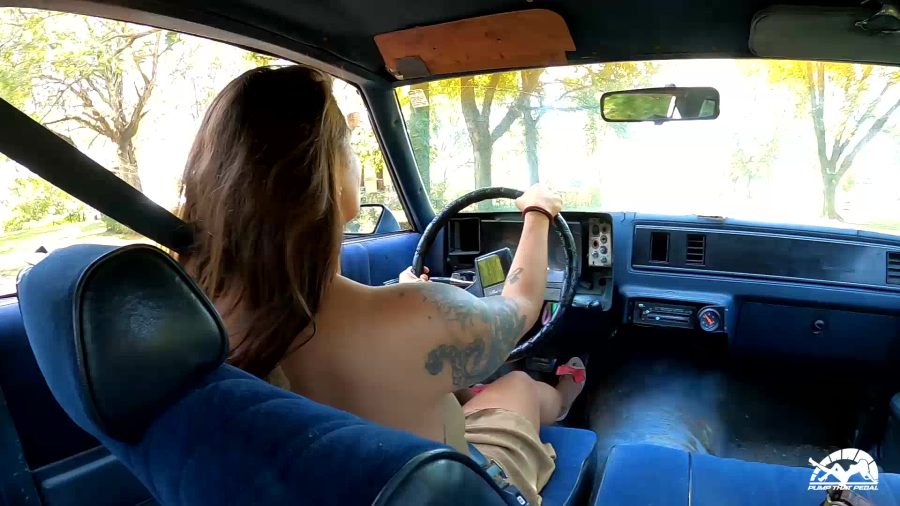 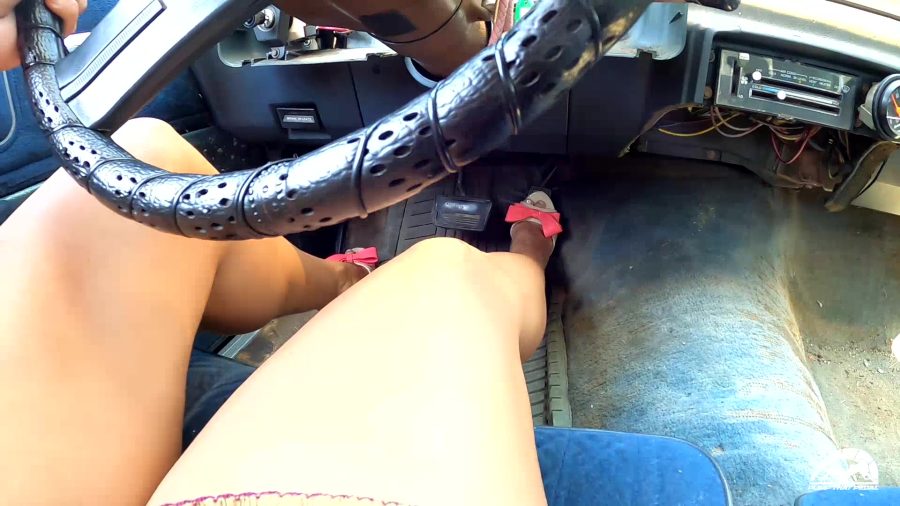 This has 10+ minutes of bonus footage. Mainly the driving between stalling locations as well as footage of Jane cranking the Monte Carlo from a chase-car. Images shown are from the extra scenes you’ll find in this clip.

Scenario
Mixture of over the back shots/footwell/full body.

Jane is up early to run important errands. She hops in the car, one leg in the car. One leg out the car (move the seat all the way back so she has to scoot up on the seat to put it to the floor) she gives it a few slow full pumps to the floor and turns it over. it doesn’t catch. She tries it again and starts slowly rhythmically pumping while she’s cranking. It starts to sputter so she grabs the wheel lifts off the seat and buries the pedal in the floor board, but it won’t catch. She tries again. As she turns the key she buries the pedal in the floor pressing it as hard as she can. As it starts to sputter and sounds like it wants to start she starts pumping and holding and burying to get it to catch begging under her breath for it to start.
She gets it to start and clears it out a bit. She starts on her way and the car starts to hesitate and it stalls. She puts in neutral and frantically tries to get it started. Full leg pumps to the floor bouncing. Buries the pedal and it starts. Shifts back into to drive and continues on.

She comes to a light and the car cuts off. She immediately begins to crank it. It starts but as soon as she gets off the gas and puts in drive it cuts off. It keeps doing this but gets harder to start each time. She gets more and more desperate pumping and bouncing but it just teases her. She says SHIT I can smell gas. I’m flooding it. She puts it to the floor and starts cranking holding it to the floor. then she lifts her hip off the seat and pushing her back against the driver seat and stretching her leg out all the way putting it through the floorboard trying to get it to catch. It’s starts to sputter and she goes berserk bouncing to get it to catch. It’s starts. She slams it into drive and goes before it can stall.

She comes to a stop sign and it stalls again and she tries to start for the rest of the video.

It just keeps teasing her sputtering and getting more flooded and she gets more desperate begging it to start while she straining using every ounce of energy and force she has burying the pedal, holding it to the floor, pumping and bouncing