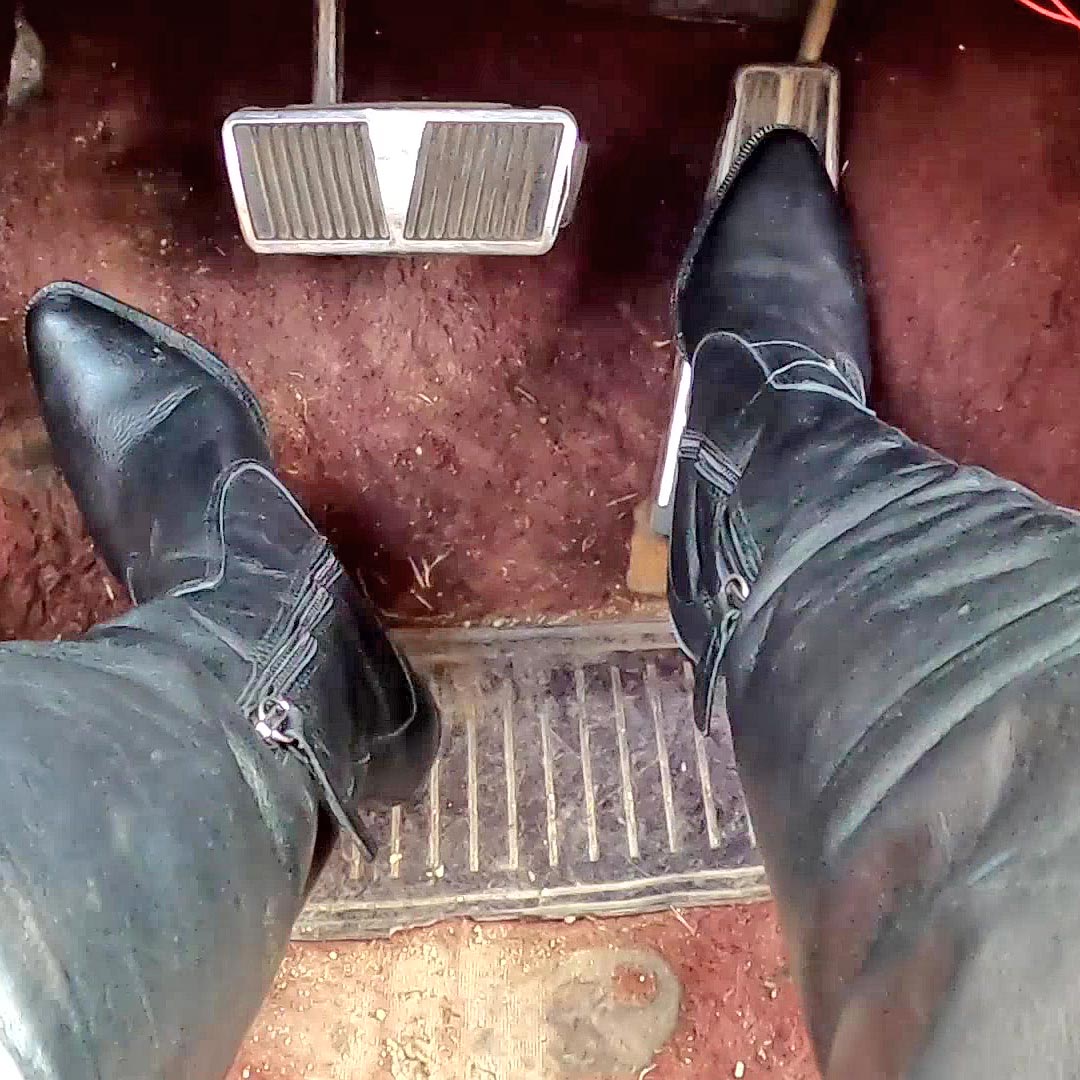 April Lee Taking the Caddy Out in Black OTK Boots, 1 of 2

“Hey Caddyman, we goin fer a ride!” she says, filming herself as she’s about to go rip it up in the old Caddy! She’s got her big black leather cowgirl hat on, an open-back bandana top, tight jeans and blake leather over-the-knee boots.

She cranks the Caddy to get it fired up within a few tries, romps on the pedal and then heads out. Two different camera angles for that part but once she’s on the road, it’s all filmed from her point-of-view. She gives it hell and takes you on some back roads of her old stomping grounds. She peels out a time or two while she’s at it. She wants all the folks to know she’s coming. lol