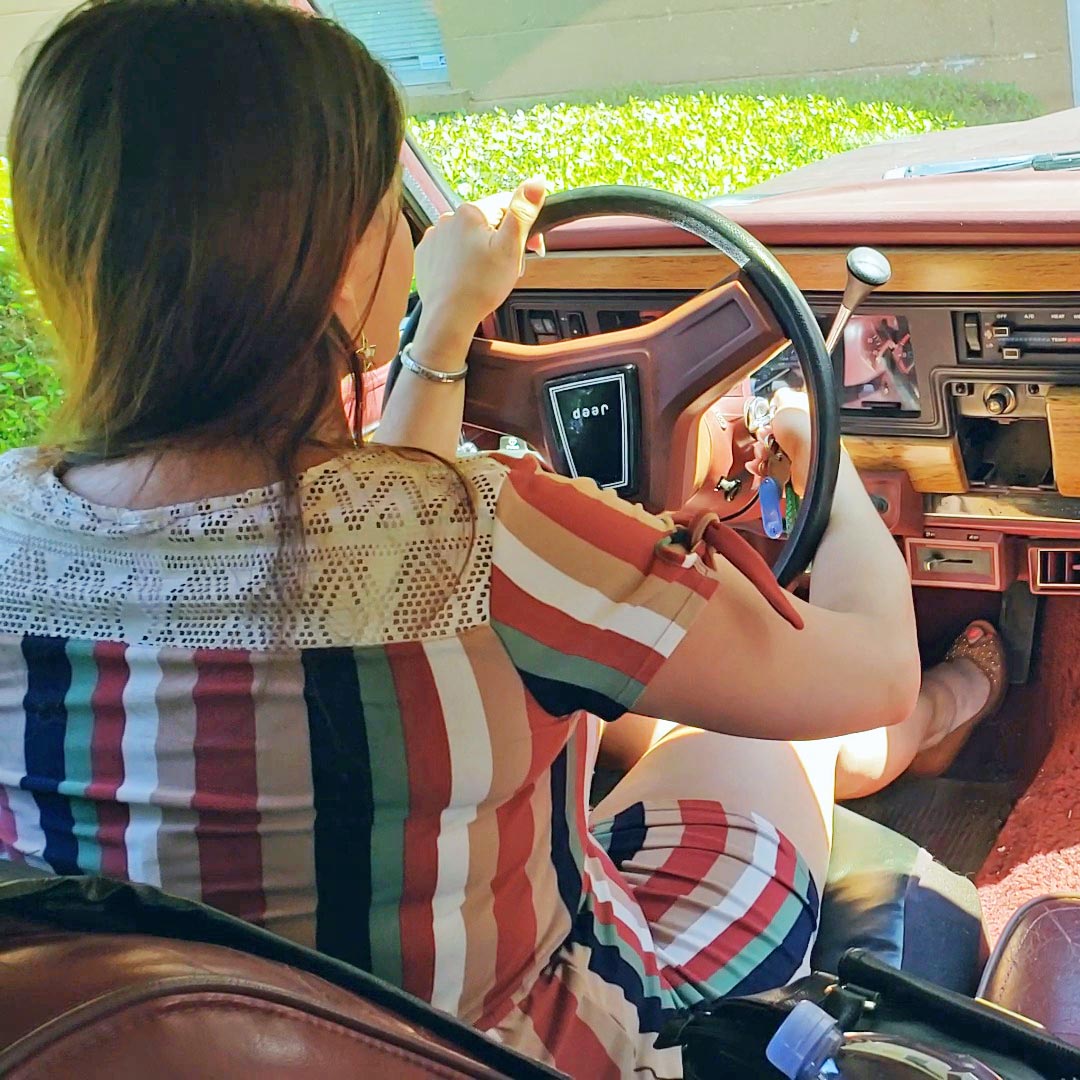 Vivian tries getting the Jeep started first. She’s wearing a multi-colored striped vintage dresse and some tan colored peep-toe high heels. She gives it some good tries but she’s not getting anywhere and asks Jane if she wants to give it a try. They swap seats and Jane, wearing her gray top, daisy dukes and a pair of peep-toe Mary Jane style pumps gives the old Jeep a try. She gets it to sputter on the second try but it doesn’t finally start till a handful of tries later.

She gives it some good revs to clear it out before heading off. The get on the road and find that the Jeep isn’t playing too nice because it dies at the stop sign. When Jane is trying to get it started again the battery sounds like it’s almost dead. Some slow cranks and then it almost stops turning over. Jane’s eyes get wide. She gives the car a good pause to let things settle then tries again and after some slow turning over, the Jeep fires up.

At the next stop – a red light – Jane puts the car in neutral to keep the rpm’s up. She’s not taking any chances.

They continue their drive with Jane flooring right after passing some construction guys doing some work on the road. I’m curious what their thoughts on these babes riding around in this old Jeep.

Jane finishes out the drive with a quick hard revving session after parking the car.