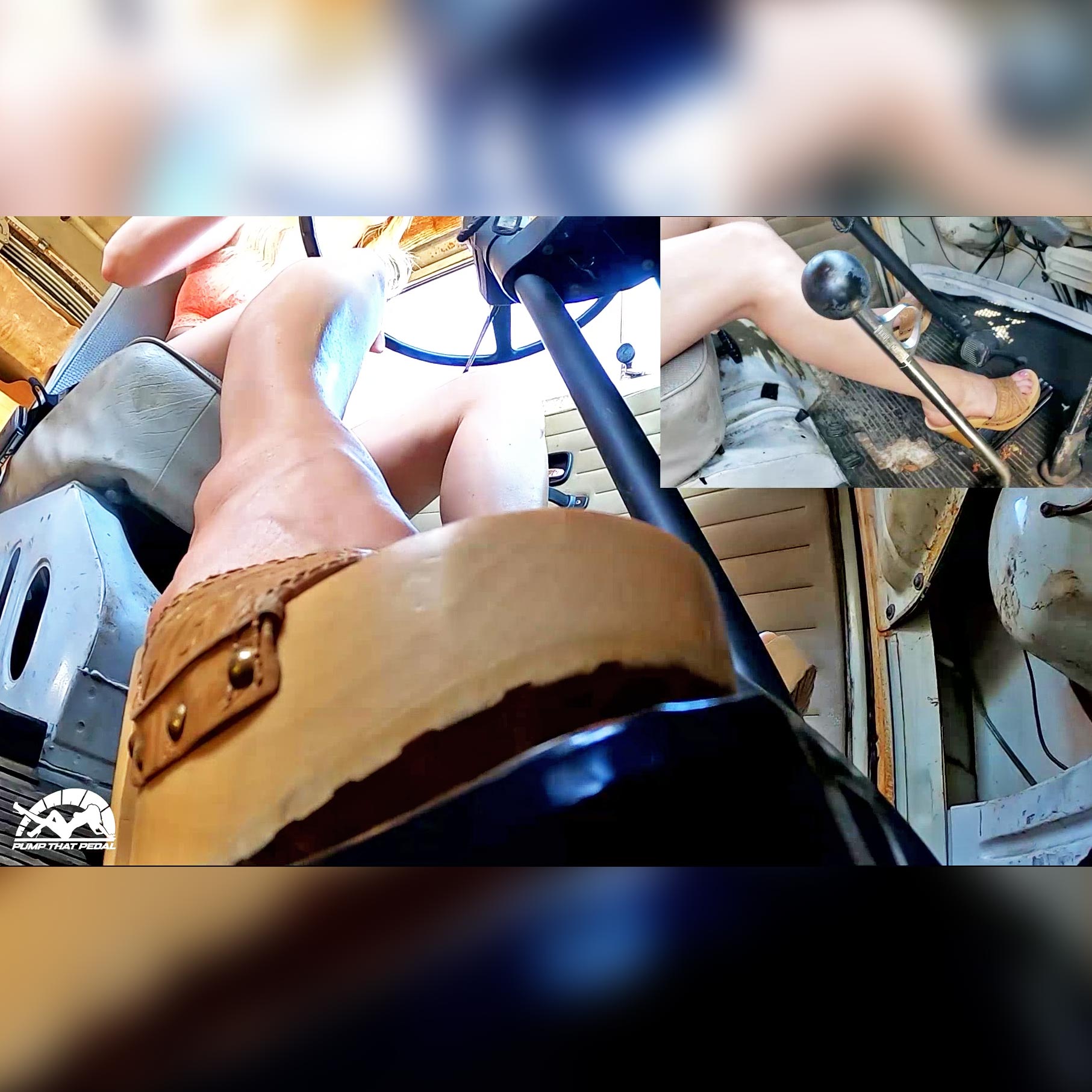 **This is the full-view of the passenger side angle. Same video, just with no picture-in-picture.**

Heading to the gas station to fuel up the old bus with Milena behind the wheel. Some rapid pumping of the gas pedal to get it fired up, easing back to get it turned around without hitting anything and off we go. She knows hows to drive a stick shift, so I just tell her to rip it up and don’t be gentle on the old bus, it can take it.

For her first time driving it, she doesn’t hold back at all. She keeps those rpm’s screaming and is hovering right around the redline the whole time. You can tell when she hits the rpm limiter because of the quick popping you hear from the exhaust.

Once we get some gas, she climbs back in to take off and when the Bus doesn’t start up the first time, she goes into her fast pumping technique and really floods the engine out. She stops for a minute and then tries it again and gets it fired up. Had to remind her to clear it out because unlike all the new cars she’s used to driving, these old cars have to be smoothed out.

She drives around a little bit to get some extra practice in the bus because while it’s easy to drive, it takes a little bit to get a feel for shifting cleanly and, as you’ll see in the video, knowing when it died so that you don’t pull out into traffic and get t-boned. lol

This is a picture-in-picture video with main view being behind-the-pedals and the small view me filming from the passenger seat.