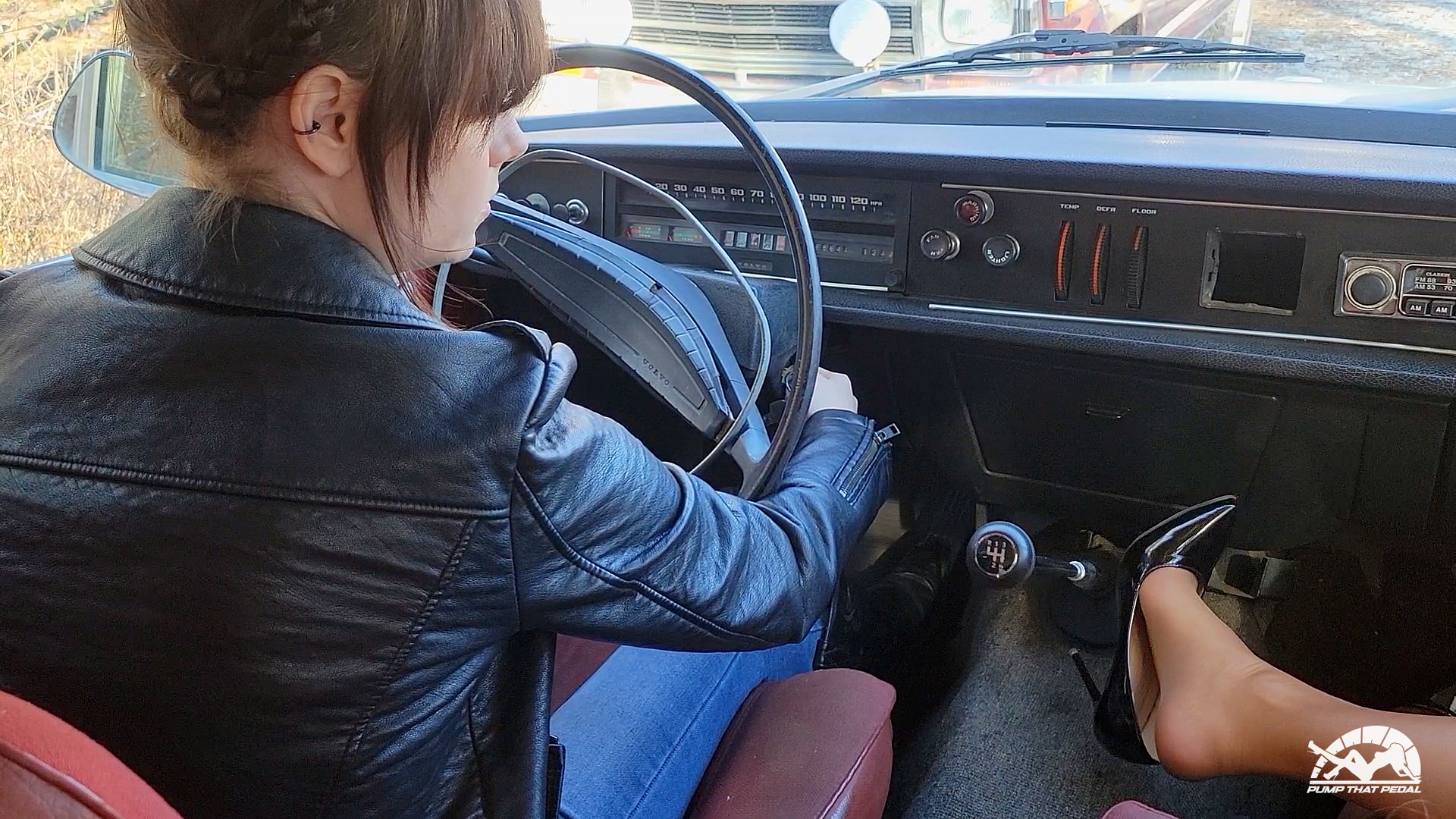 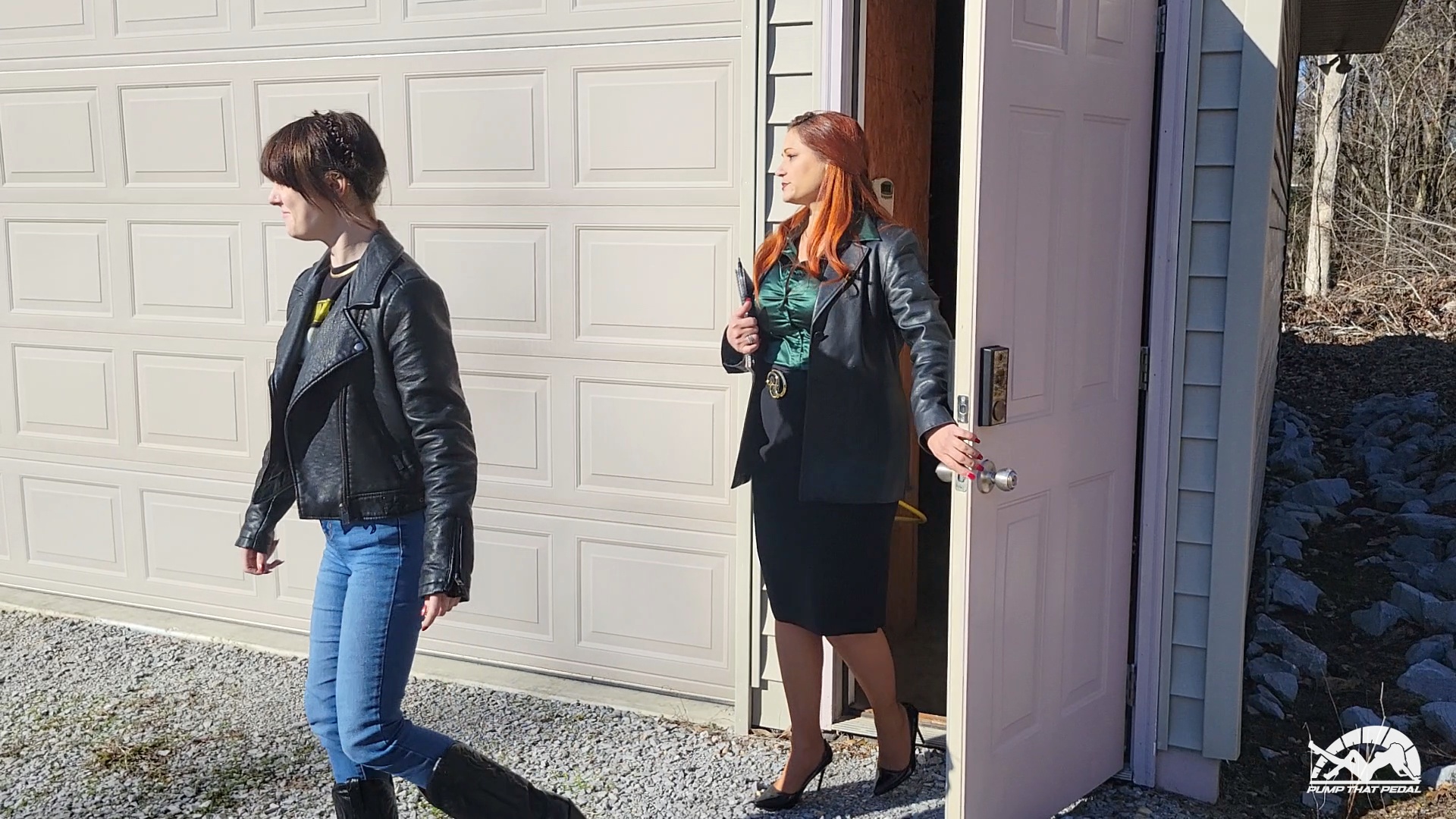 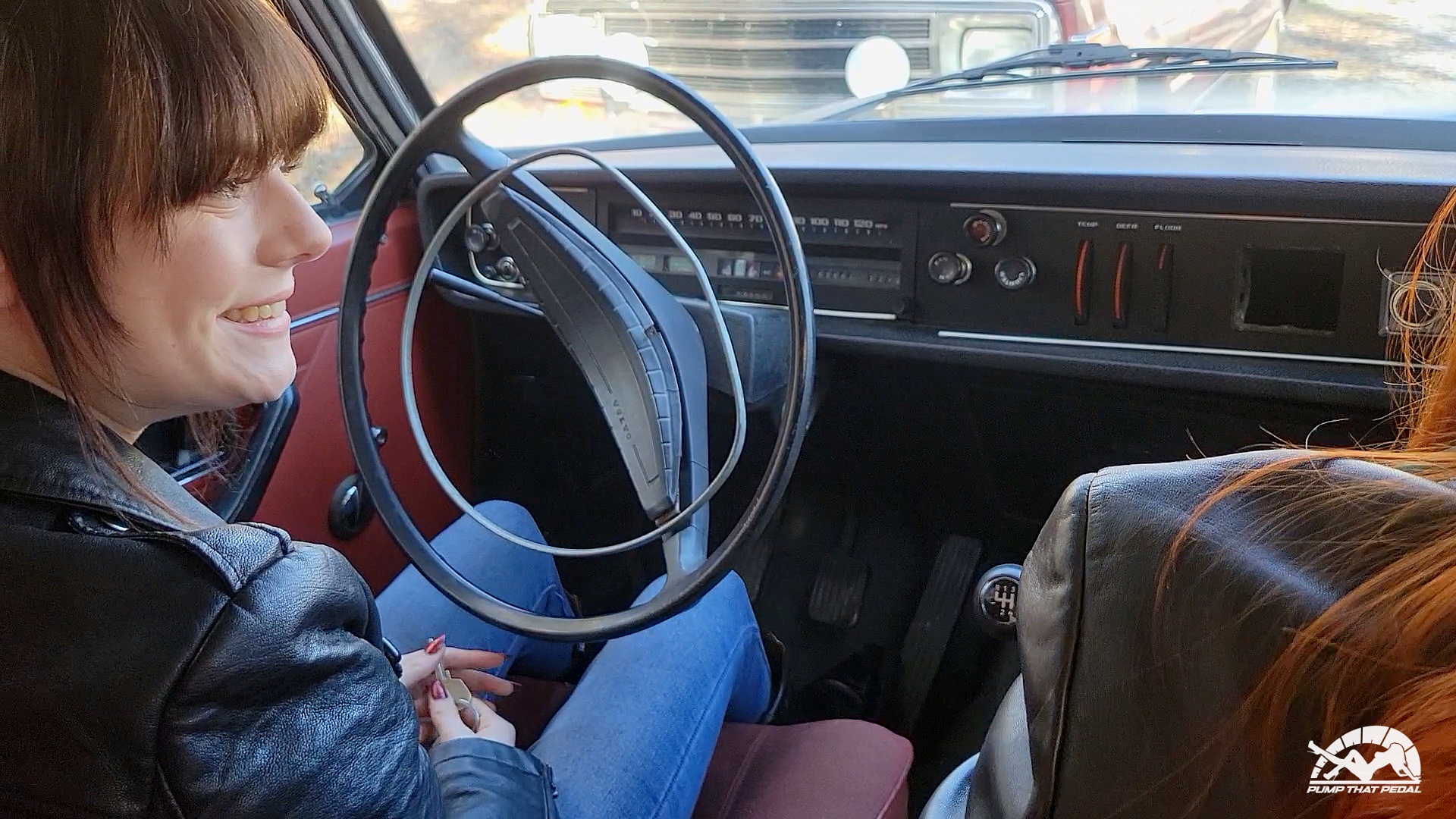 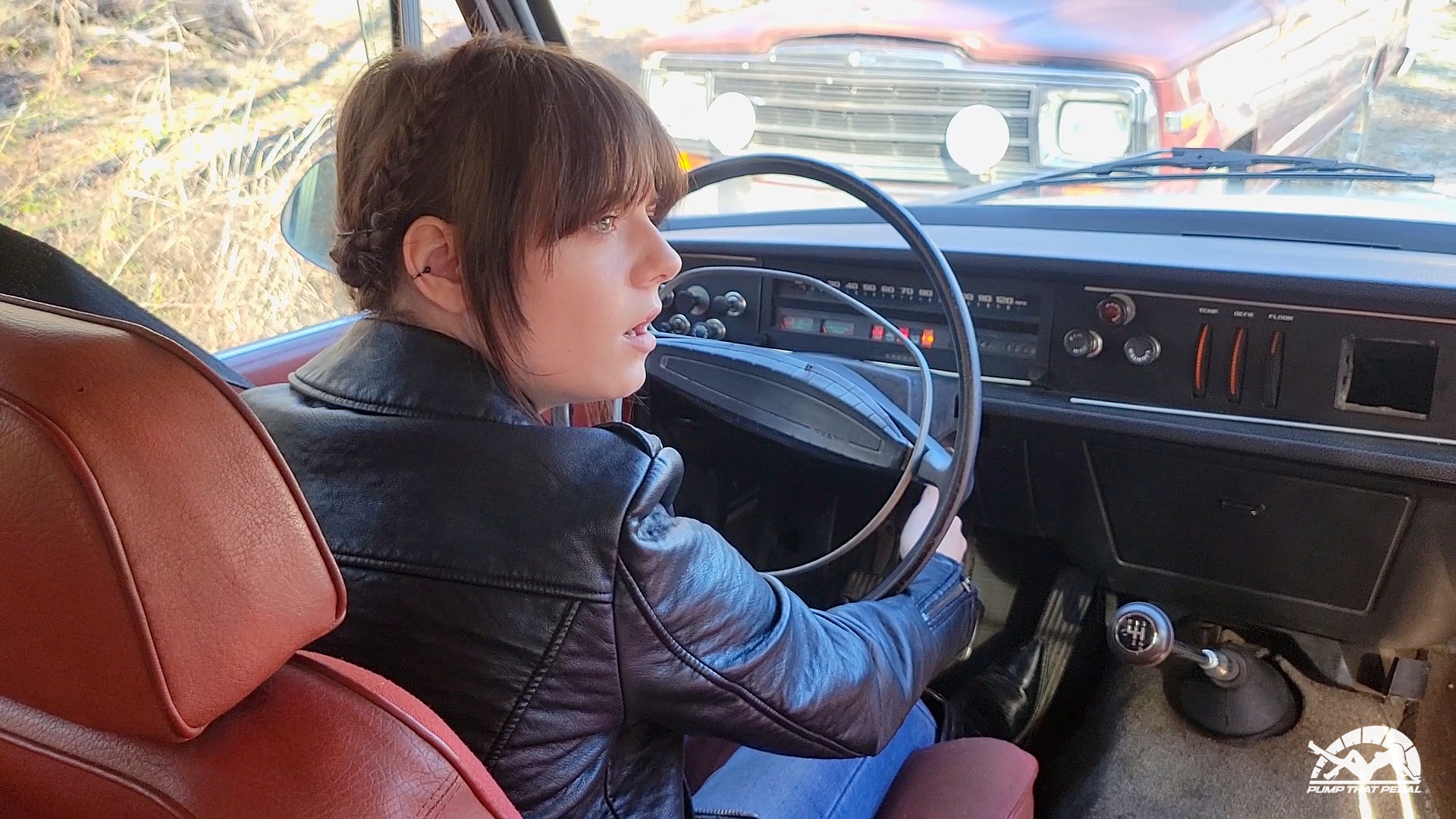 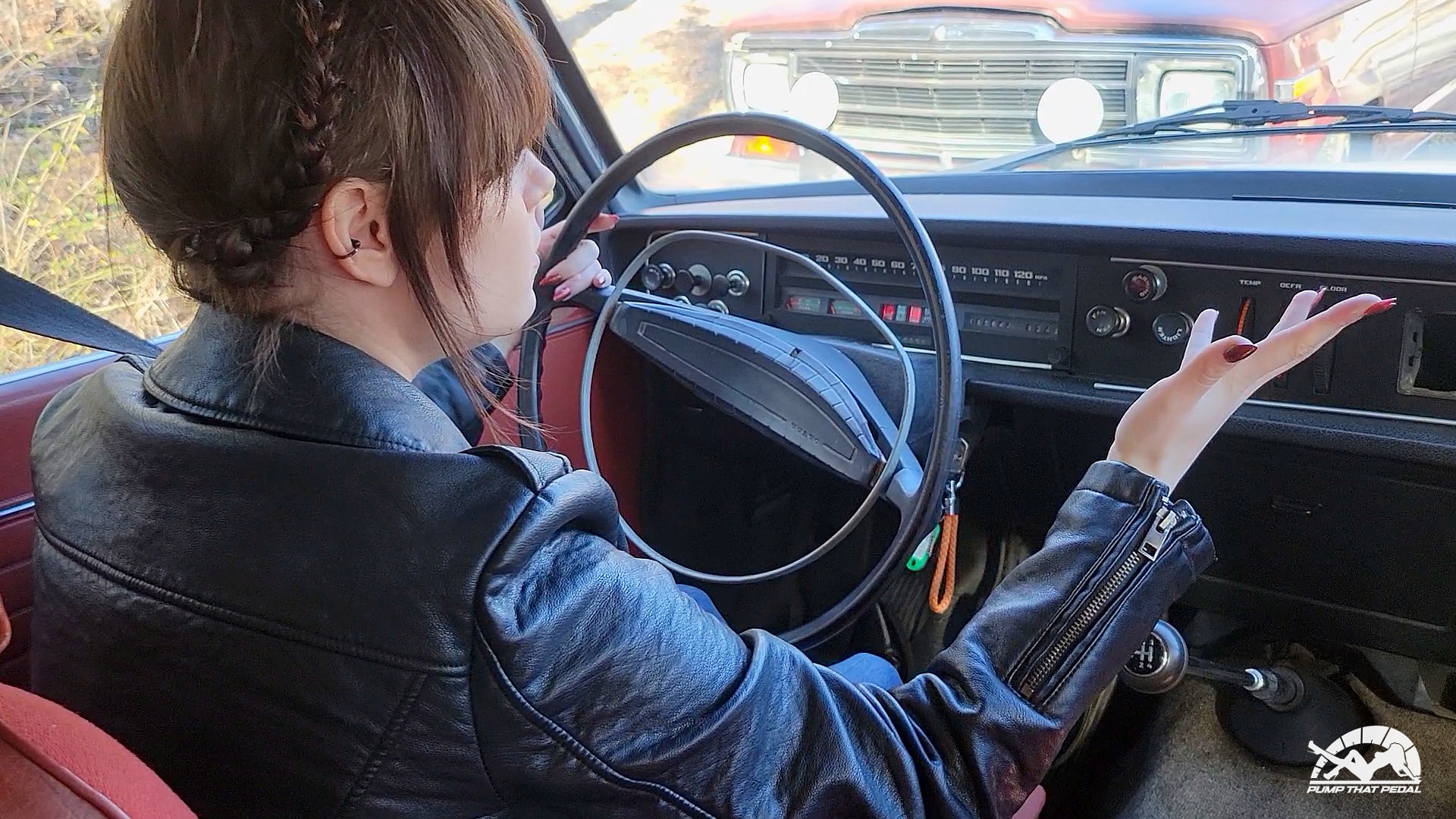 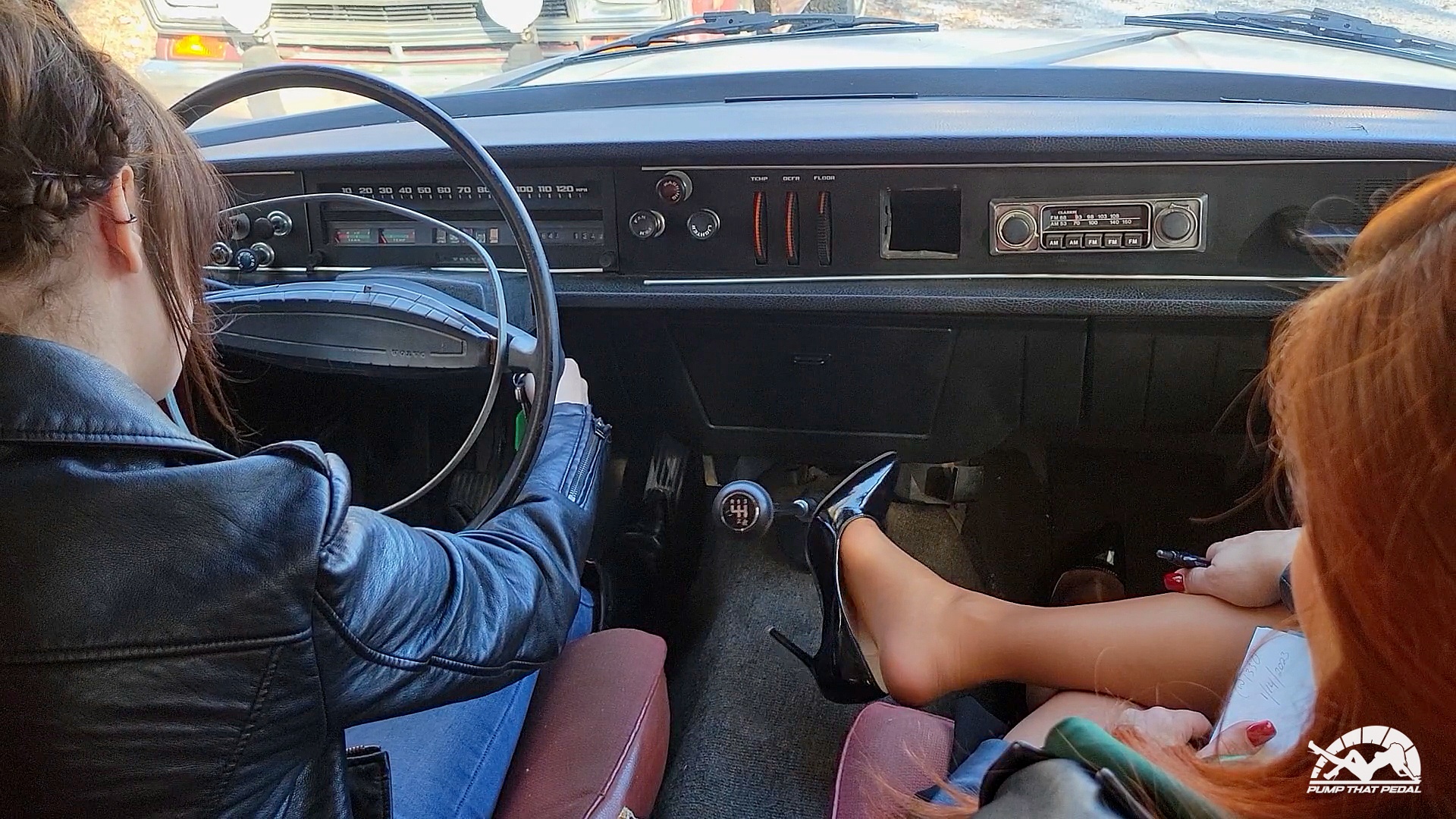 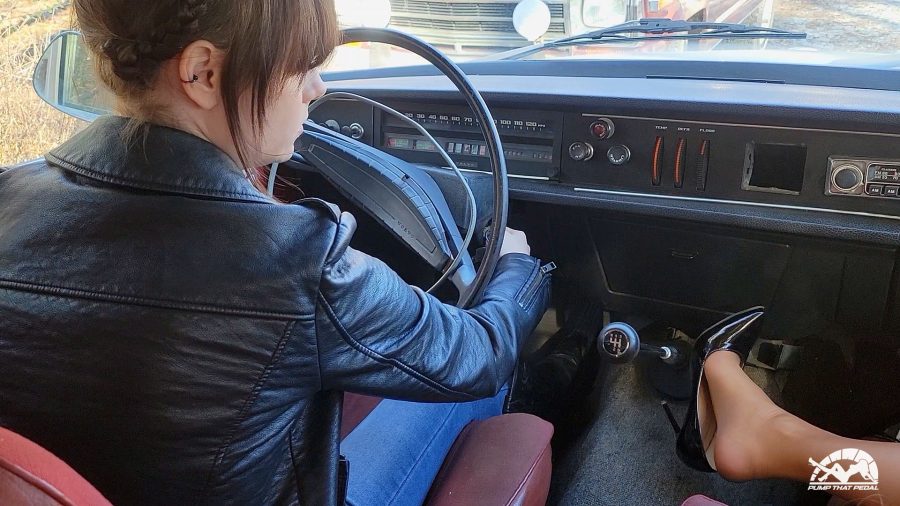 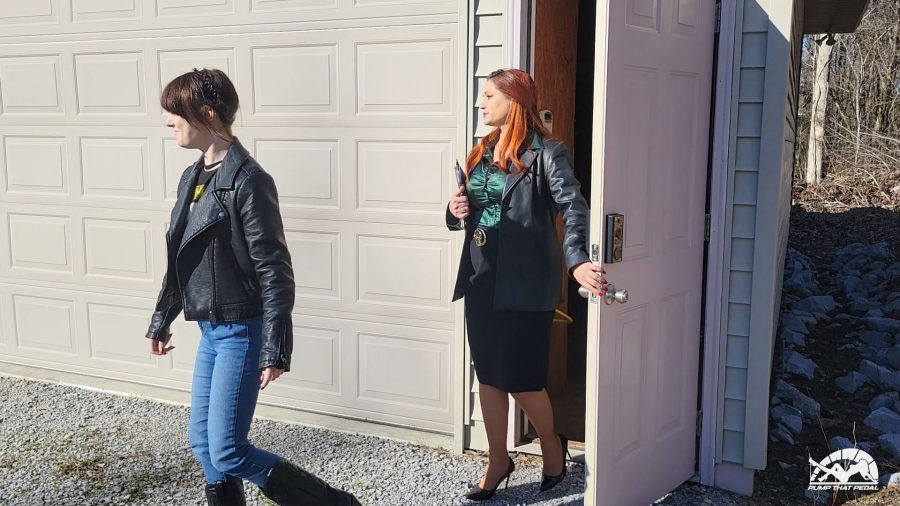 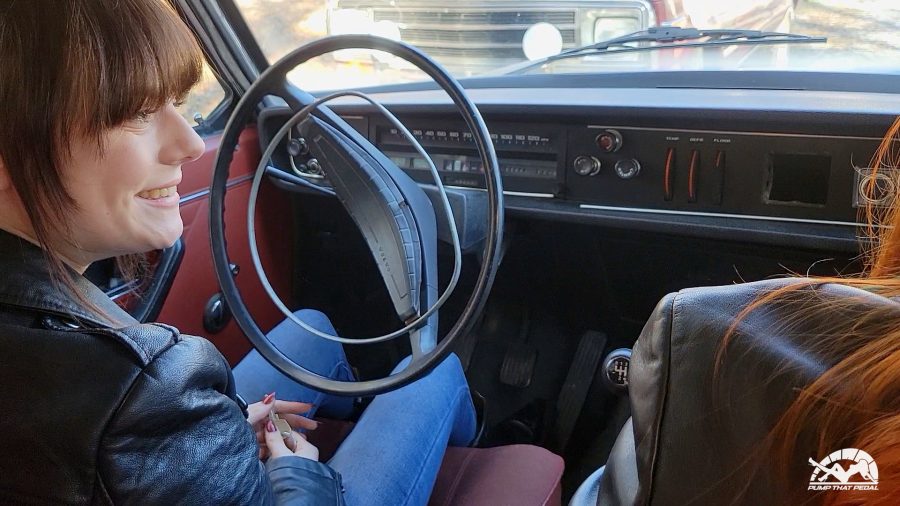 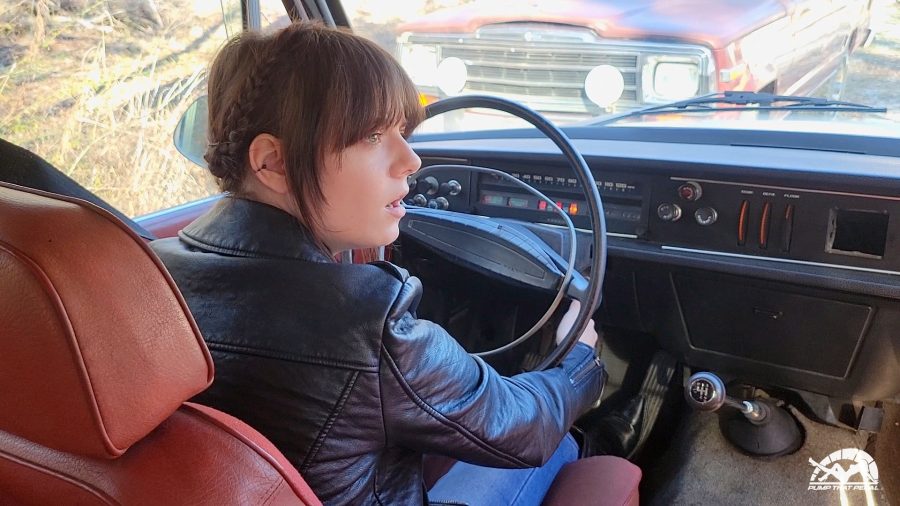 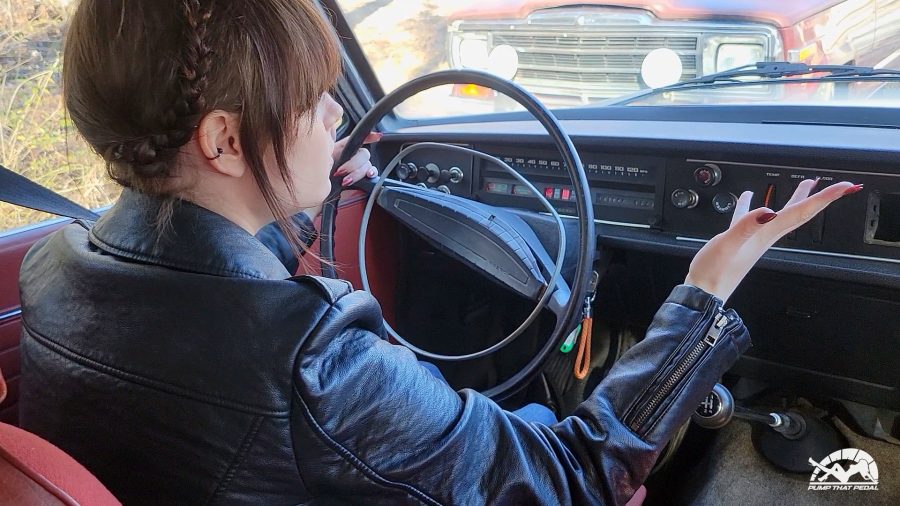 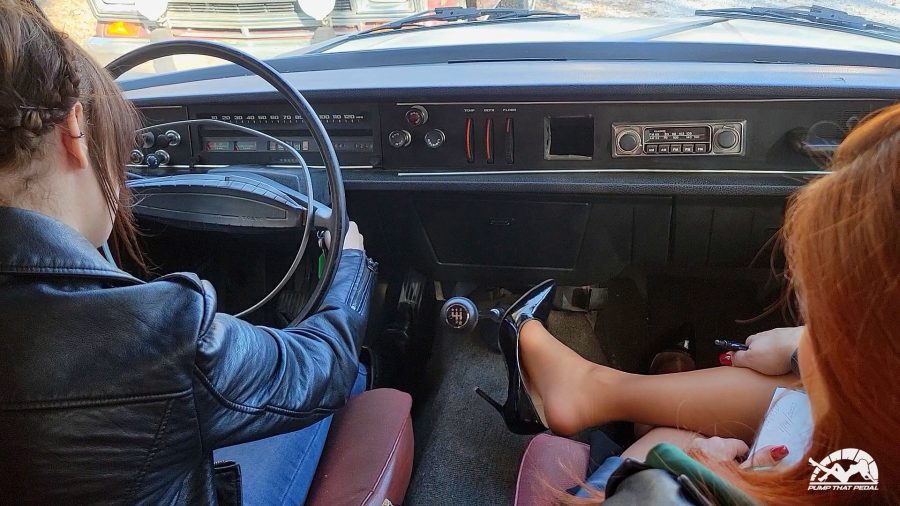 Outfit & Shoes
For Persephone: Jeans, jacket (leather will be a prefer choice, but if she doesn’t have a leather jacket it can be whatever jacket she will feel comfortable in for the January weather in Alabama), casual boots over jeans (by casual I mean boots she would normally wear on a daily basis), and it doesn’t matter what kind of shirt she wears.
For Vivian: Any color blouse, black skirt with pantyhose, black pumps, and black leather jacket.

Scenario
Persephone is at the DMV trying to get her driver’s license and needs to pass the driving test in order to get her license. Vivian is the DMV car instructor.

The beginning of the video starts out after Persephone and Vivian have just walked out of the DMV front door and are walking to Persephone’s car in the parking lot. Vivian is seen carrying a clipboard in her hand to grade Persephone’s driving skills. Vivian is playing the part of a DMV worker that needs a vacation and has an attitude. So, when they’re walking to the car Vivian never smiles, and her expression should be like she doesn’t care and wants to go home. Persephone is playing someone that is getting her license for the first time. As Persephone is walking to the car, she should be looking slightly nervous (as if she were doing a job interview) but optimistic at the same time, because she wants to impress Vivian on her driving. They both get inside Persephone’s car, with Persephone behind the wheel, and Vivian riding shotgun. The camera inside the car is filming them from the back seat, with the view still being able to focus on Persephone turning the key and pumping the gas pedal, and to see Vivian dangling her right pump, as Vivian keeps her legs crossed the entire video with her clipboard in her hand taking notes during the cranking sessions. Before Persephone puts her seat belt on Vivian breaks the ice and says to Persephone, “I’m Vivian, I will be your driving instructor for the day. I’m supposed to say that to everyone…you know company policy” (again her character has such a negative attitude). Persephone is seen being a little taken aback from Vivian’s snarky attitude but doesn’t let it break her confidence in what she wants to accomplish and says, “My name is Persephone. I’m so excited to finally be getting my license.” Vivian then tells Persephone “Whenever you’re ready.” Persephone puts her seat belt on and readjusts the rear-view mirror. Persephone pumps the gas pedal three times before turning the key and pumps the gas while she cranks the car. The car never starts in this video. Whatever comes natural to her in how she wants to pump the gas pedal from here on out is fine. When the car doesn’t start on the first long try (long try as in 30 seconds), she looks over at Vivian with embarrassment. Persephone collects herself on the second try and again cranks it for another long crank, but this time as it struggles to catch, she softly pleads with it to start. After the second failed attempt, Vivian says to her, “You’re flooding it.” Persephone says to Vivian, “I’m sorry.” Persephone is so nervous and embarrassed at this point where she doesn’t listen to Vivian’s advice and pumps the pedal while cranking the car flooding it out even more. Persephone from the third try on and until the end of the video her cranking are always long cranks because she is so determined to get it to start but gives up by Vivian’s insults telling her to “Give it a rest; why did you want to use an old car to get your license in the first place; do you know how to start a car,” and more negative comments like that in between giving the starter a brief rest. Persephone answers Vivian saying things like, “I’m sorry; I’m trying; I know how to start a car., it’s my grandpa’s car.” Persephone should throughout the video plead with the car with a soft tone and saying things like “Please start for me; come on.” Vivian’s insults make Persephone get more and more sad when she tries to start the car. Closing out the video Vivian tells her, “Time is up for you today I’m afraid. You can come back and try to get your license another time. Do you know how to call AAA?” Persephone is full of disappointment and all she can say to Vivan is “I’m very sorry.” Vivian gets out of the car and shuts the door. Persephone cranks the car again after Vivian closes the door, and says to the car, “Come on baby please.” The video fades out with her refusing to give up and desperately still trying to get the car to start in hoping for a last-minute miracle.