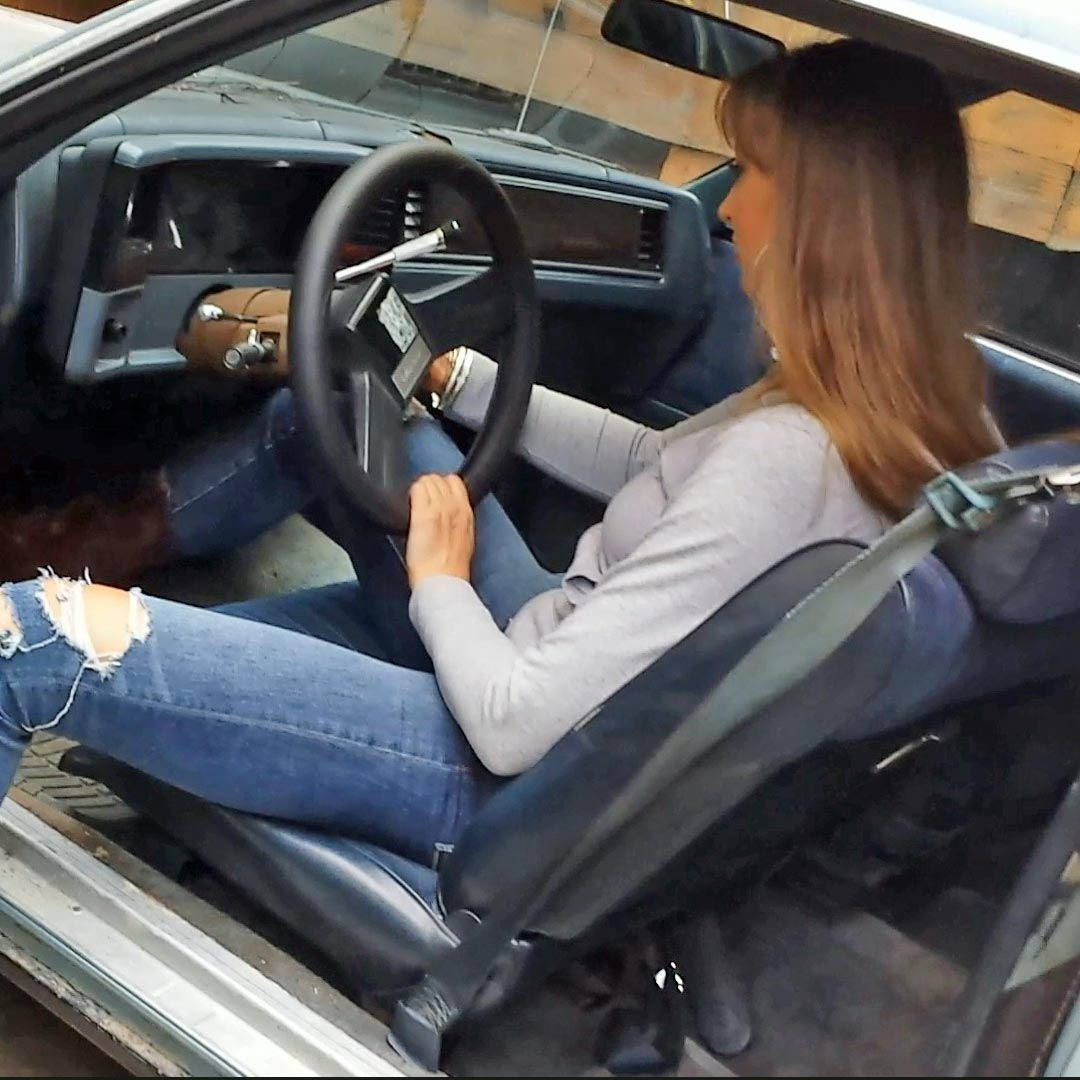 She light taps on the gas pedal. Sometimes fast, sometimes slow to see if it’ll change it’s tune. Her left leg is out of the car and yes, the seat is ALL the way back. That’s how tall she is — she still looks like she’s got the seat too close. She’s one of those girls who should just remove the front seat entirely and sit in the back to look normal. lol