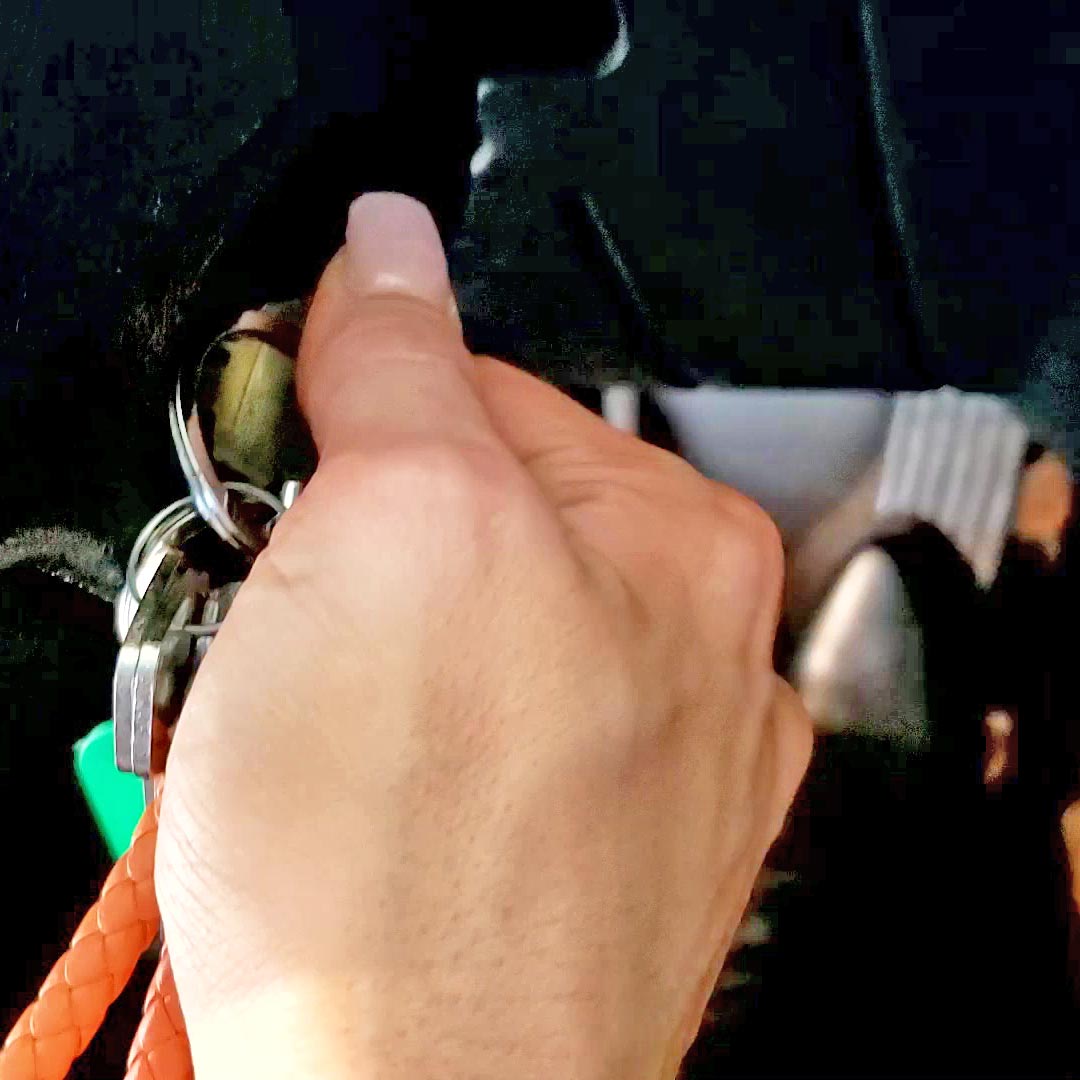 I’m trying to figure out where to stick my thing, she’s disappointed in how small the choke lever is and yeah…enough with the innuendo’s! lol

She tries getting the car to start over and over but yeah, I think it’s out of gas. She keeps trying for a while and, well, see for yourself if she gets the car started.

4 thoughts on “April Lee Cranking the Volvo in Black OTK Leather Boots, 3 of 3”