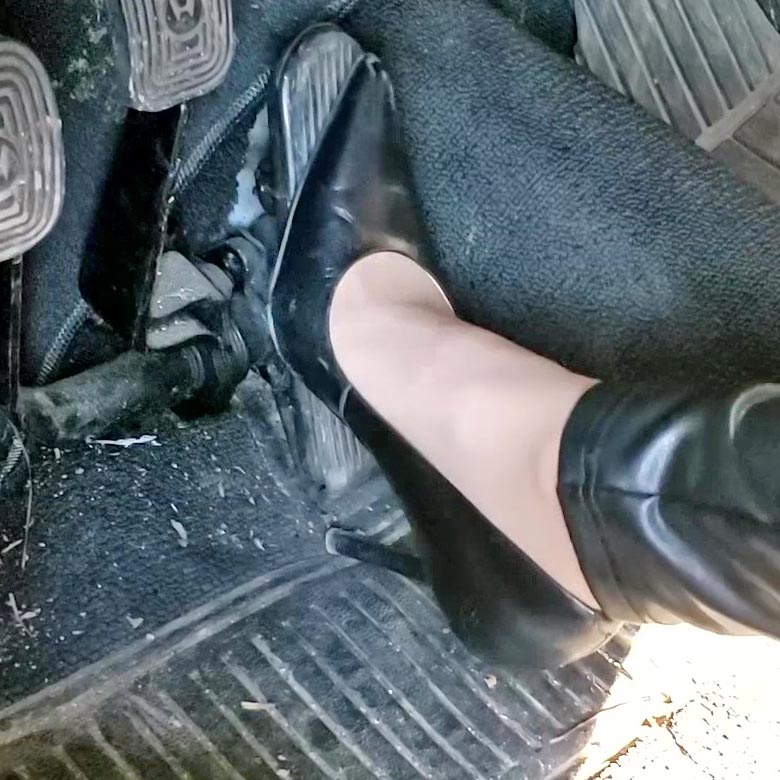 She’s already in the car, ready and waiting for you to show up to see if she can get this old Bug started. It’s been neglected and sitting for a while, so let’s see what happens.

2 thoughts on “April Lee All Black Leather & Stiletto Pumps Cranking the Bug, 1 of 2”