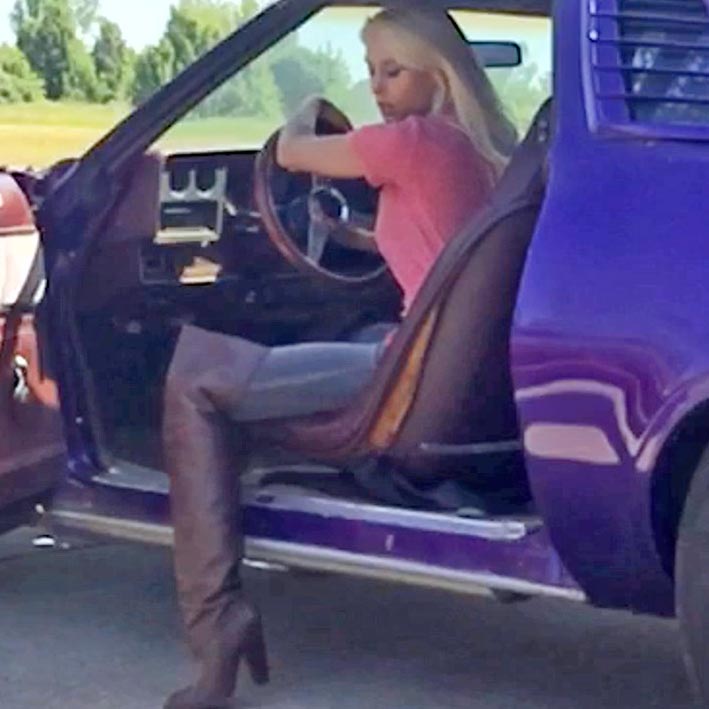 Stuck at home, bored, she heads out to play in hubs old 1976 Chevy Laguna hot rod. Maybe she’ll surprise him with actually getting it started and moved. Or maybe she’ll piss him off when she floods it out so badly she drains the battery trying to get it started. Let’s see.