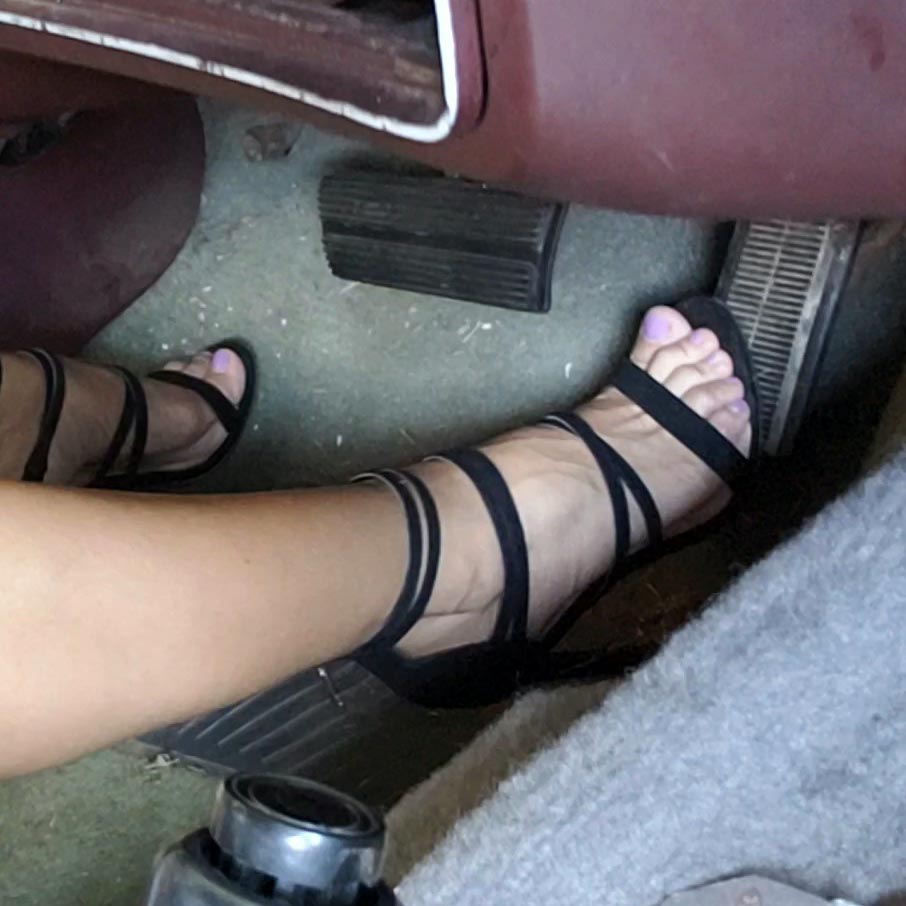 She leaves her left foot on the ground while the camera is filming from behind the car as she cranks it till it starts up. Takes a few tries but it roars to life. She heads off around the neighborhood to wake up any nappers who thought they might get a peaceful afternoon. When she gets back home, she gives it a few romps before turning the engine off.