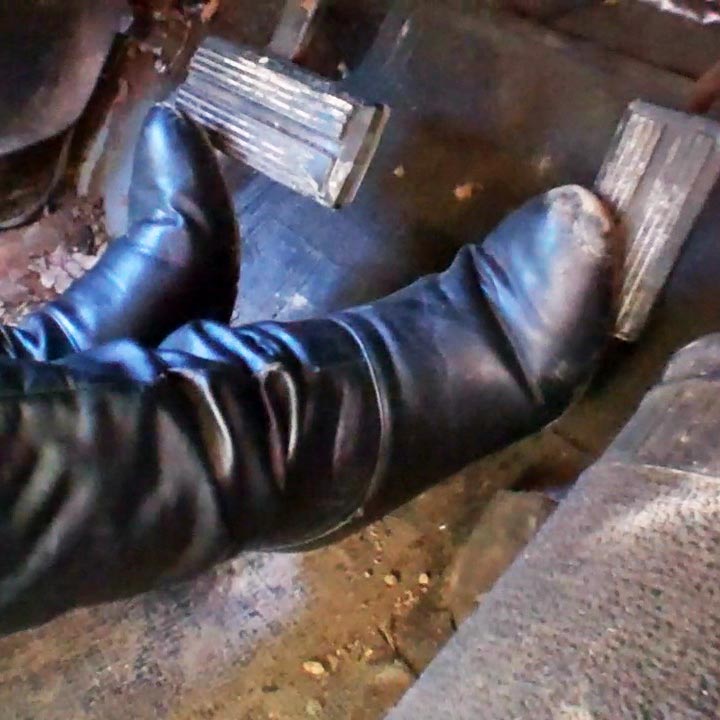 Let’s go see if some cars start today.
She heads out to the Bug first and then the Coronet. She gets them both fired up after some cranking and gives them a good revving.

Simple and to the point.