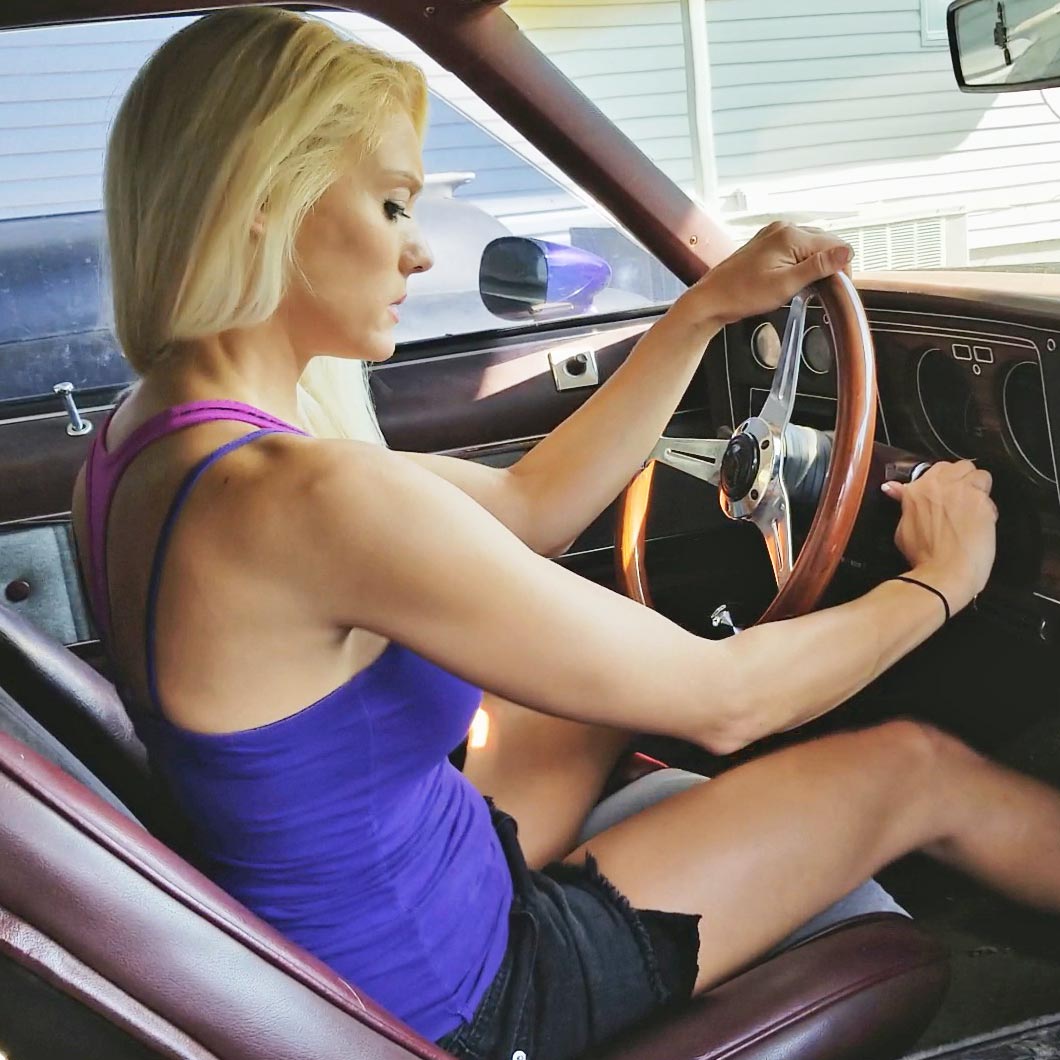 Brooke & Jane Get the Chevy’s Fired Up in Flip Flops

Trying to get both of these hot rods going today so they each can have a car to play in. The ’72 Nova is running in the background at the start of the video as Brooke gets in the ’76 Laguna and finds out that battery isn’t going to be up to the task to start the car. She gets a few cranking attempts in before it just slowly comes to a halt. Time to hook it up to the charger.
Meanwhile, the Nova decides it wants to chug and stall while the girls are messing with the Laguna. Brooke asks Jane to go fire it up again while she finishes connecting the Laguna. Jane goes over to the Nova, gets in and finds out the battery didn’t charge up much at all. She gets a few slow cranking attempts before it dies.

Now they spend some time messing with the Laguna. After some waiting, Brooke tries to start it but the battery wasn’t charging for some reason. They check the settings and let it sit a while. They come back to it and it’s finally spinning over now but Brooke can’t get it fired up before the battery gets drained again. Ugh!
They do get it started eventually and then move to the Nova, where Brooke attempts to get it started. After a bit of charging, it’s spinning over strong enough now for her to get it fired up again.

Yay, both cars are running…for now.