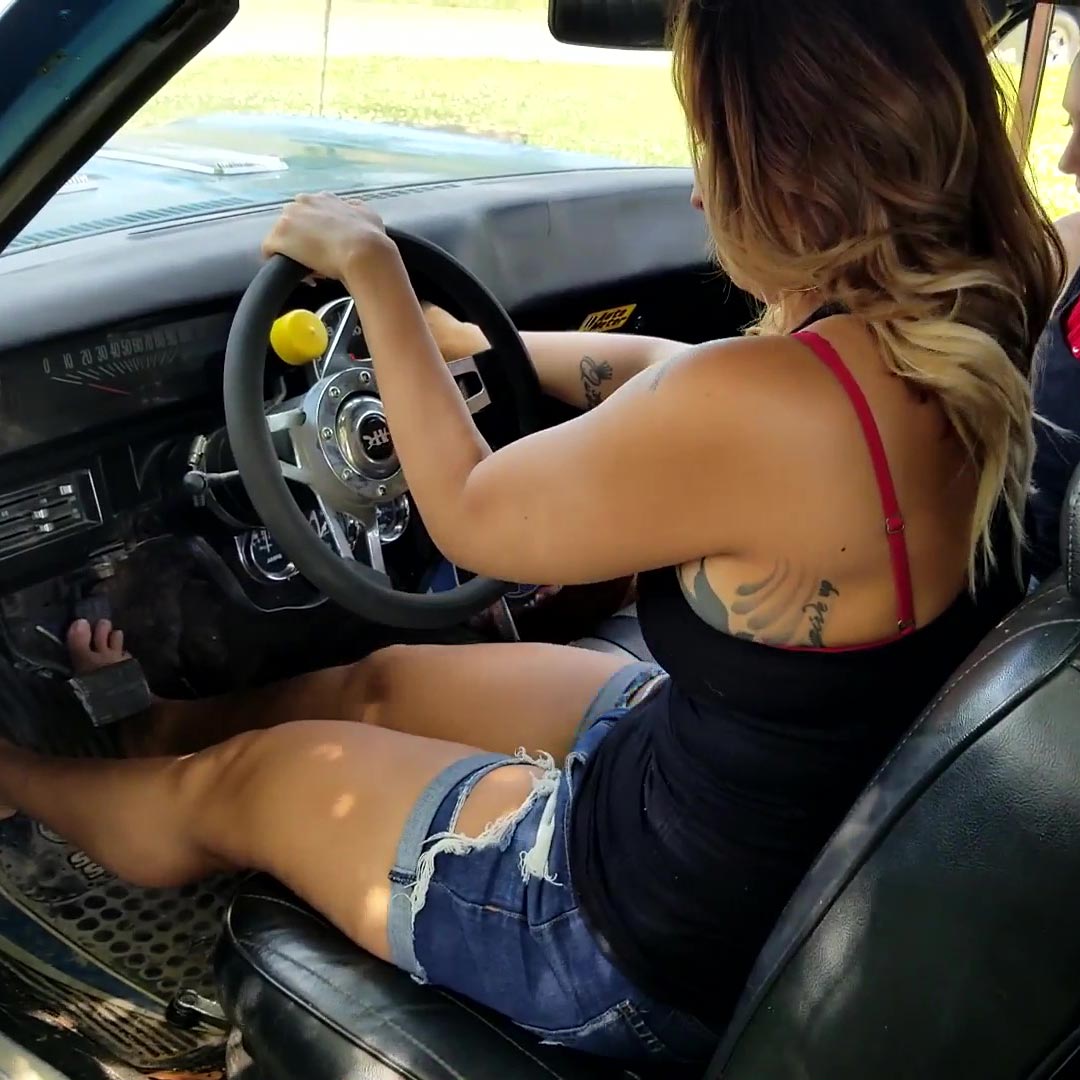 Jane has got the old ’72 Nova moving on it’s own after having some issues getting it started in the previous clip. She hasn’t driven this car before so she’s getting a feel for it. It’s a bit more of a beast to drive than the sticks she’s driven before. While coasting, the engine stalls and she brings the car to a stop. She cranks it back up and stalls the car out again by being in the wrong gear. She has some issues getting the car started each time as it floods out and then when trying to take off, she gets the car bouncing pretty hard because she’s not so smooth on clutch.

She stalls it again pulling back into the driveway and really has some issues getting it started. Brooke gives her some pointers and after not having much luck, they decided to swap so Brooke can just get it started and reversed up the driveway. She has some issues too but manages to get it parked.