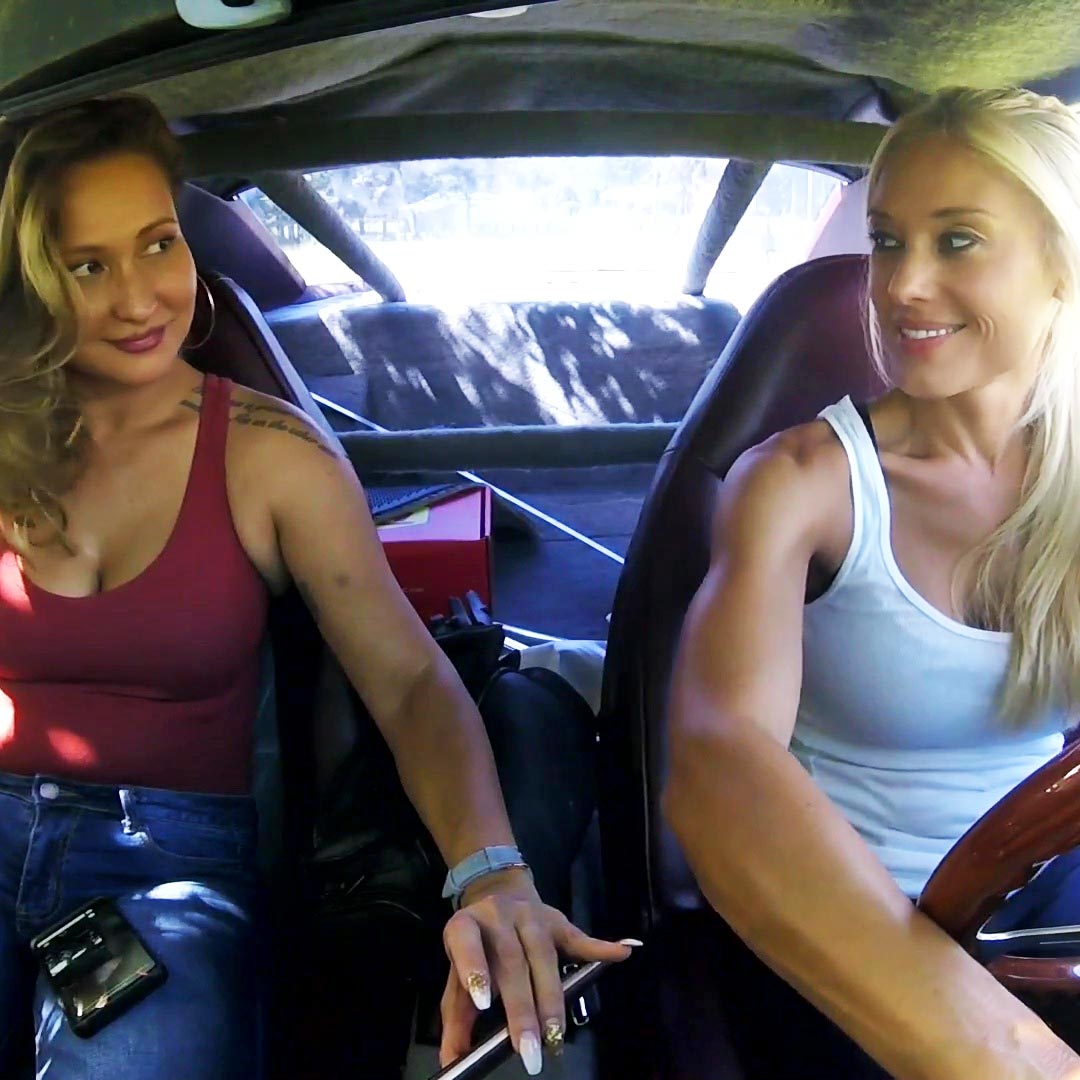 They were filming all kinds of stuff today and this clip is them cranking the old 1976 Chevy Laguna in some Converse kicks!

You view this entire segment from the front dash mounted camera. Brooke can’t find the keys at first and has to go hunt them down. In the meantime, Jane slides into the passenger seat and gets the cameras setup.
Brooke finds the keys, gets in and now she can try getting the car started. While she’s getting situated in the seat and putting the key in, she’s already pumping on the gas out of habit. As sure as god wears sandals, the car doesn’t start. From here, you watch her struggle but not entirely out of frustration as she glances over at Jane and gives her a little smile.

After a bit more trying with no luck, they swap and Jane can’t get the car started either at first while Brooke teases her for not being able to get the car started. The car sputters a lot and gets close to starting but that doesn’t happen.

One thought on “Brooke & Jane Converse Crankin & Drivin the Laguna, 2 of 4”