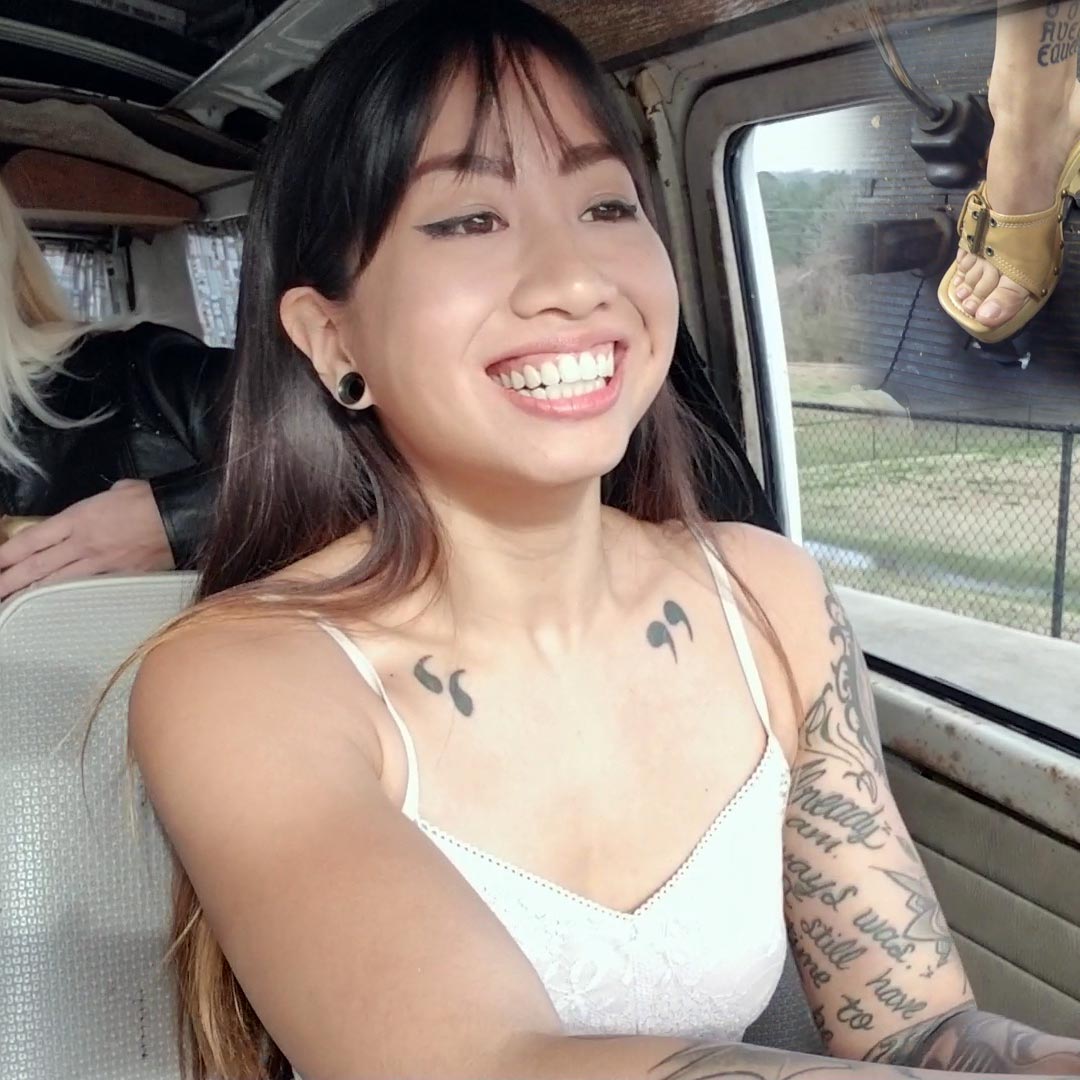 Next up is Karolina Von. She’s not driven a stick before, so she gets a crash course from Jane while Brooke supervises from the jump-seat. After a few moments of instruction from Jane, Karolina prepares for takeoff and….LIFTOFF! Not bad for her first time taking off in 1st gear except she stalls a few moments later and NOW we she gets to experience the struggles of starting off in 1st, which is the hardest part of learning to drive a stick.

Ah, the joys of teaching and learning the stick. 🙂 Though, I think having 2 teachers instruct at the same time is a bit overwhelming.