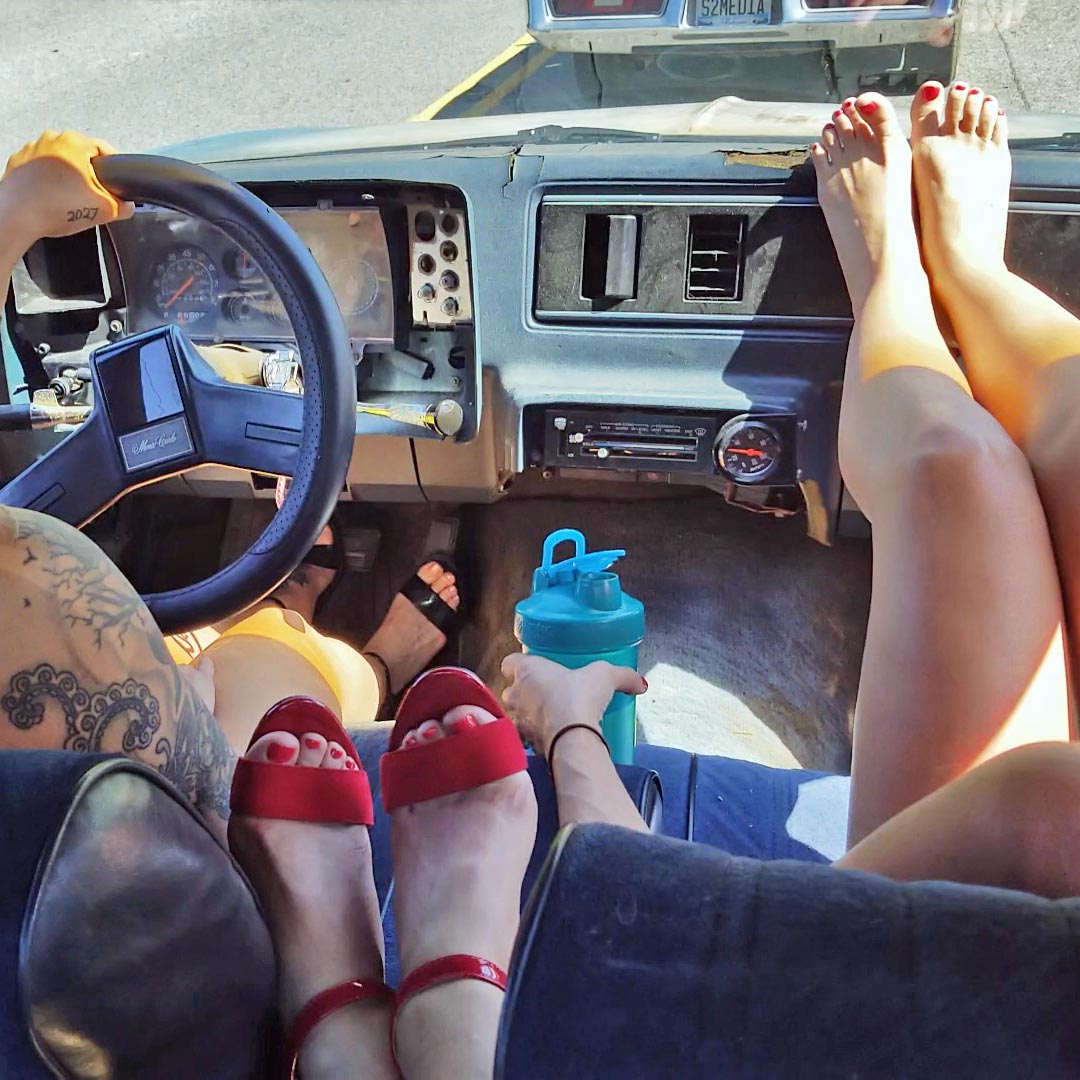 I’m filming Jewels in the Coronet and they’re going to follow us. I gave them some cameras, the keys to the Monte Carlo and told them to do stuffs. This is their adventure…