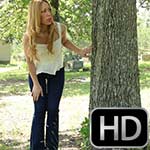 Cassandra is keeping tabs on someone, doing a little ‘Spy vs Spy’ covert ops.  But she quickly finds out that she’s not the one doing the stalking.  Her car gets sabotaged and her prey is getting away while she’s broke down in a car that won’t start!

One thought on “Cassandra Cranking the Coronet – #488”