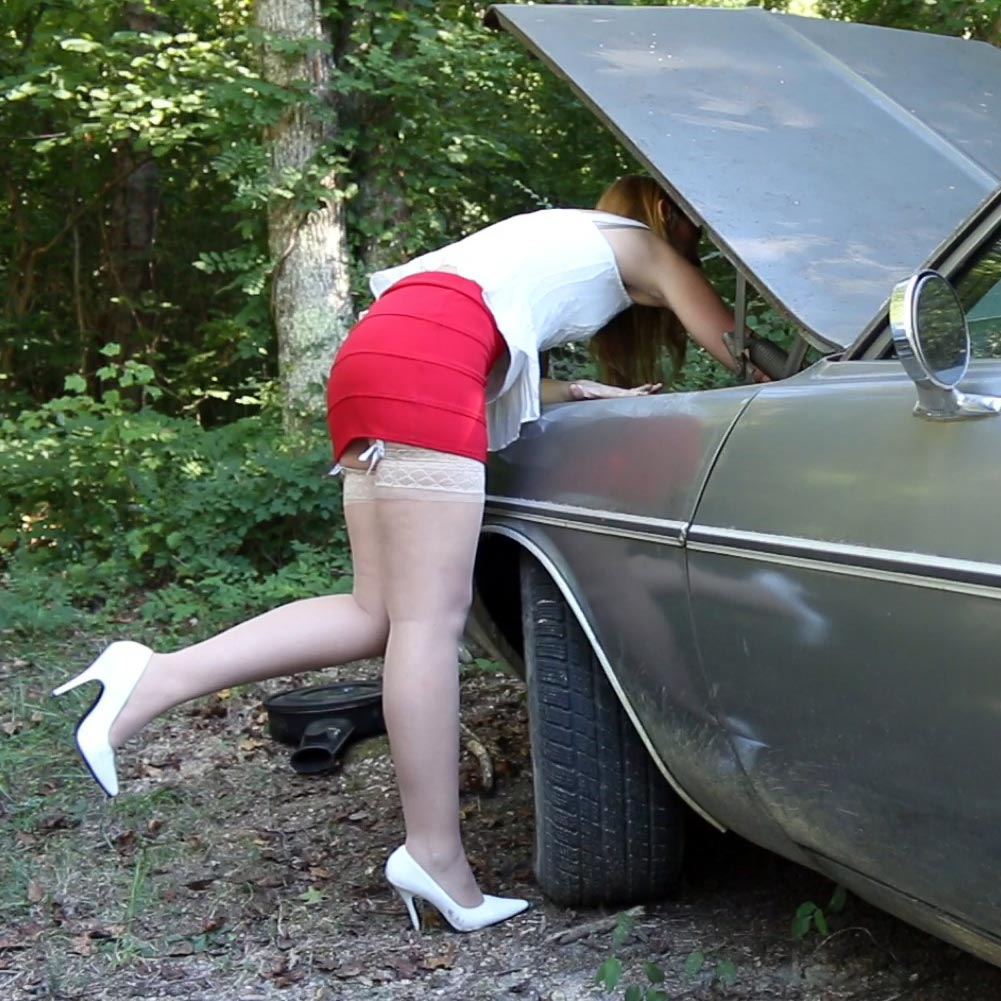 Not having much luck getting the Coronet started. She’s going through batteries and the car is just.not.starting! She’s wearing white stiletto pumps, white sheer thigh high stocks, a red mini-skirt and white tank top.