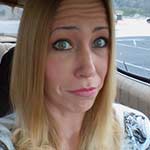 Cassandra Driving the Camaro in Boots

Another hour long clip for you driving fans!  This is partial self-filmed and a mostly real-time video.
So the story to this clip is we had Cassandra, Dirty Diana, Scarlet and a new model ready to do a fun 2 car, 4 camera pedal pumping video.  Cassandra was going to be sporting the Camaro while Dirty Diana was going to drive the old VW Bus with Scarlet and the new model in tow.  Cassandra got a little too carried away leading the pack, so when the VW Bus started experiencing engine issues, Cassandra was too far gone to know where they dropped off at.  So poor Diana & Company were broke down on the side of the road with your narrator, Shish, assisting.  This hour long video is of Cassandra in her own little world, driving the Camaro as you ride along.  It’s a mix of small town, highway and parking lot driving.

One thought on “Cassandra Driving the Camaro in Boots”