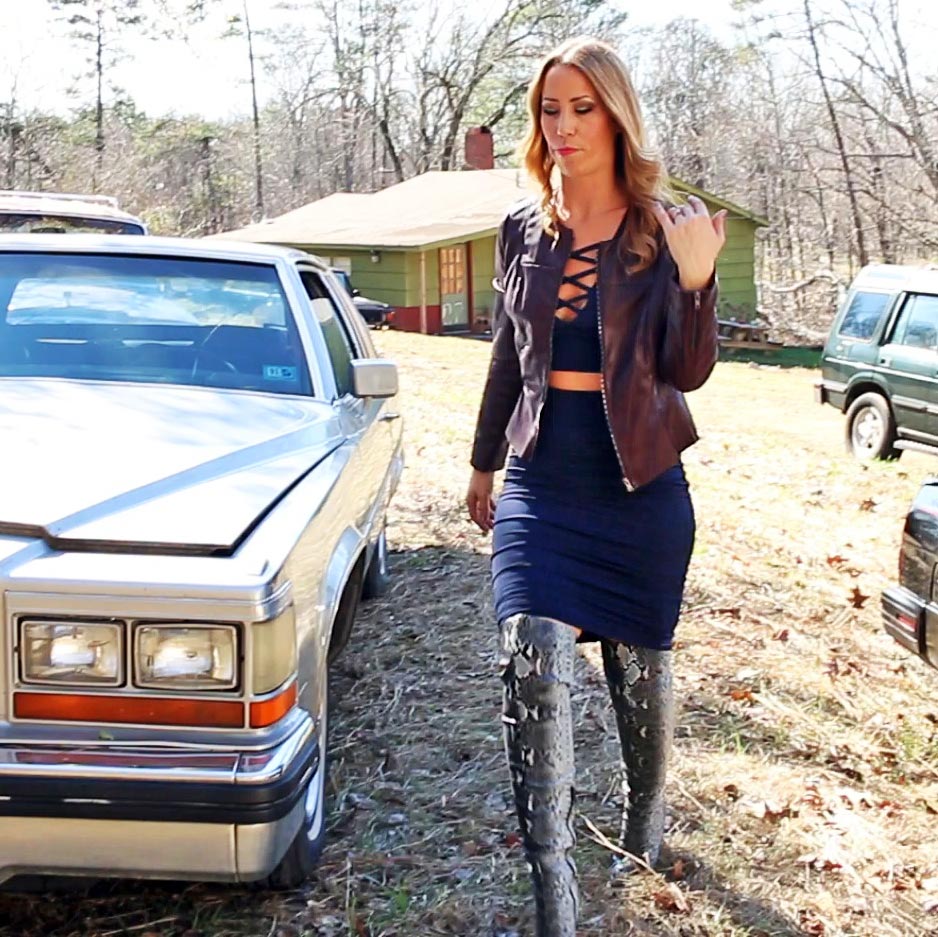 Cassandra All Dressed Up for the Caddy That Won’t Start, 1 of 4

“So I heard the Cadillac has been sitting her a few days.” she says in that uneasy tone as she gets in the car. She finds the keys in the visor, inserts them into the ignition and spins the engine over after giving the gas pedal a few thumps. Her long over-the-knee black & white stiletto boots thump on the pedal in rhythm with the engine. Not even a sputter from the engine after a handful of tries.

“Well, it could be one of several things. Trash in the carburetor, the distributor could of slipped around or the battery connections.” she says, trying to think why the car won’t start. With each turn the battery is getting weaker and thumping of the gas pedal doesn’t seem to be doing anything.

She gets out and goes to the Camaro to pull it up to jump off the Cadillac’s now dead battery. It’s cold out, so the Camaro is slow to turn over at first, so she primes the carb good before she tries it a second time but when she spins it over the second time, you can hear that battery isn’t going to last but another attempt or two.

Battery is changed, she turns the key and the car roars to life! She two-foots it to keep it from dying and I help guide her around all the cars so she doesn’t hit anything…mainly my other cars. After a 20-point turn, the Camaro is now ready to supply some juice to the Caddy. She gets back behind the wheel of the Cadillac and proceeds to keep trying to start the car for the remainder of the video. She gets it to sputter once, so there might be a chance!