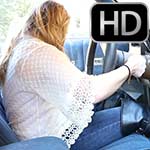 They are sitting on the couch, fiddling with their phones one afternoon when Cheyenne asks, “Can I go to the store?”
“Not in my car. Last time you drove it you flooded it so bad I had to get the oil changed.” replies Aunt Cassandra.
“Well, I mean, it’s not the best car in the world.” Cheyenne states but that doesn’t convince her aunt. So she goes back to fiddling with her phone.

A little while later, Cassandra leaves to go hop in the shower before having to head to town later. Cheyenne waits till she’s gone to slip on her boots, grab the keys to Aunt Cassandra’s old 1986 Chevy Monte Carlo and goes outside. The store is just down the street, she can go and get back before Cassandra gets out of the shower. She slides into the old cars driver seat, puts the key in the ignition, gives the gas pedal a few pumps and turns the engine over…