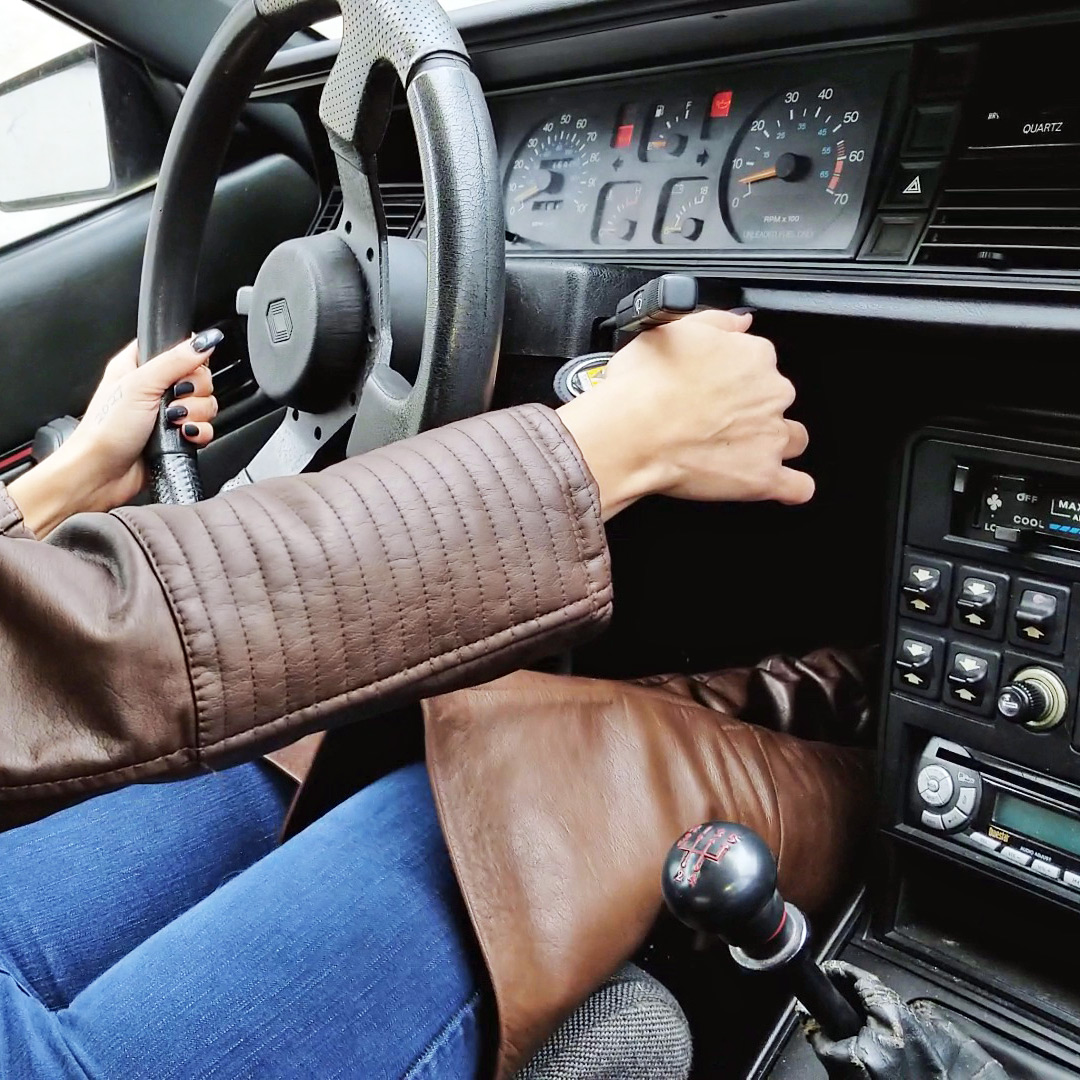 Diana & Jane Drain the Battery in the Renault in Boots

They’re heading out and Jane mentions something to Diana about hoping her car is fixed as they’re walking to the little Renault. Diana reminds Jane that last time she (Diana) drove it, it stalled out on her and wouldn’t start again. So neither girl is having much confidence in the little convertible.
When Jane turns the key the first time and you can hear the battery already struggling to crank the car, you know it’s not looking good for them. Jane can’t get it started so Diana gives it a try. She can’t get it started either and now the battery is dead.