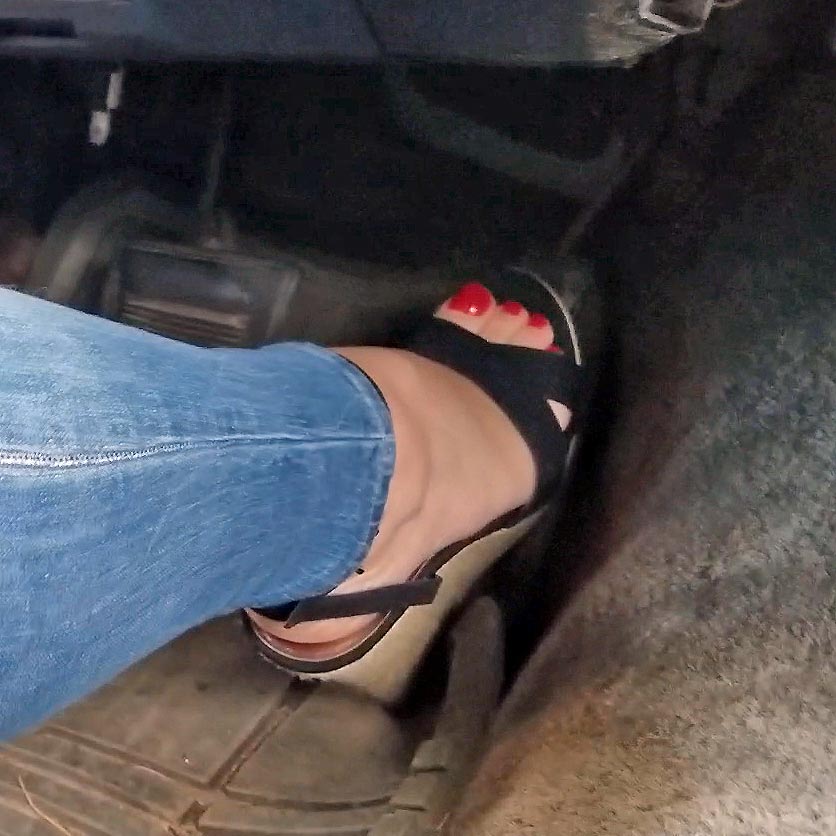 Out cruising around in the old Monte Carlo with some sexy wedge sandals and tight jeans.