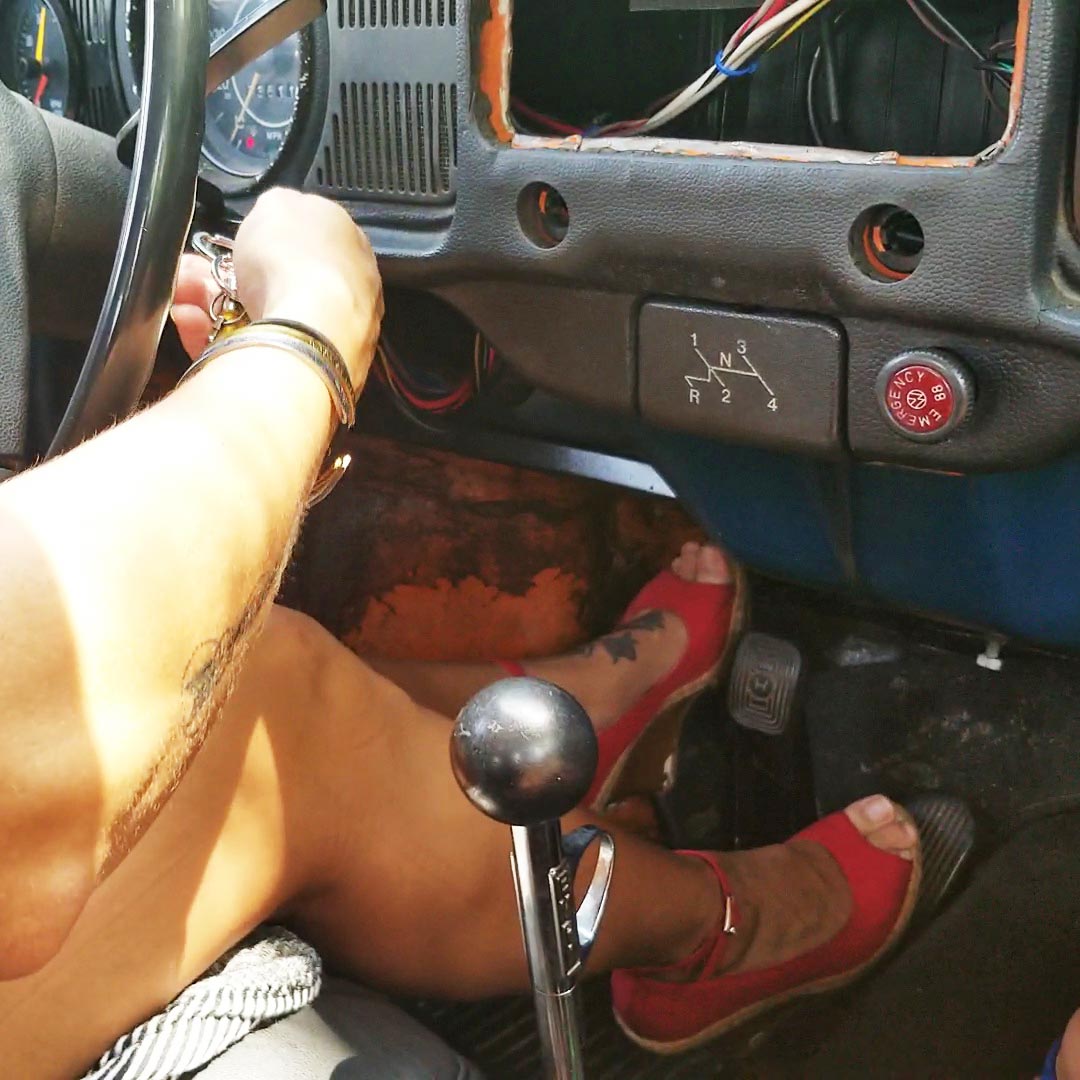 Sometimes hot starts can be tricky. The old ’72 Super Beetle is flooded in the parking lot when her and Jewels took it to run errands in town. Mainly just a view from Jewels’ pov, you can hear Jewels beg the car to start even though she’s not driving. Lots of sputtering when Jane gets the car close to starting but it’s a knifes edge sometimes between pumping it enough to get it started or flooding it out.