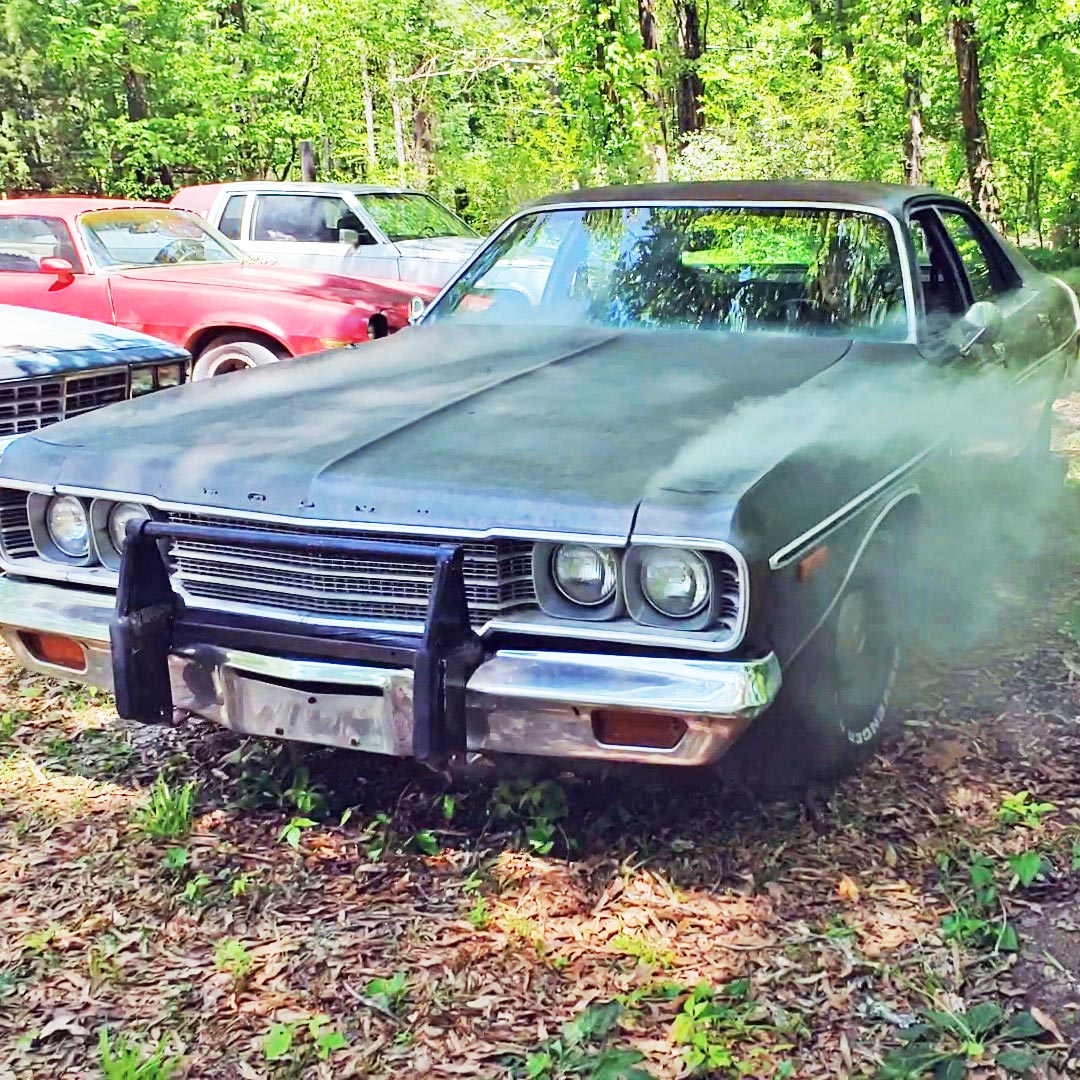 Steam and smoke are seeping out from under the hood and the car has no power. The sizzling, whistling and wailing from under the hood is louder than the chugging engine. When the engine dies, Jane doesn’t realize it until it starts rolling backwards and has to slam on the brakes. She begs the car to start for her as she pins the gas pedal to the floor and holds the key. The car turns over slow and sputters but doesn’t start. She keeps trying, begging over and over for her poor car to start but it’s dead.