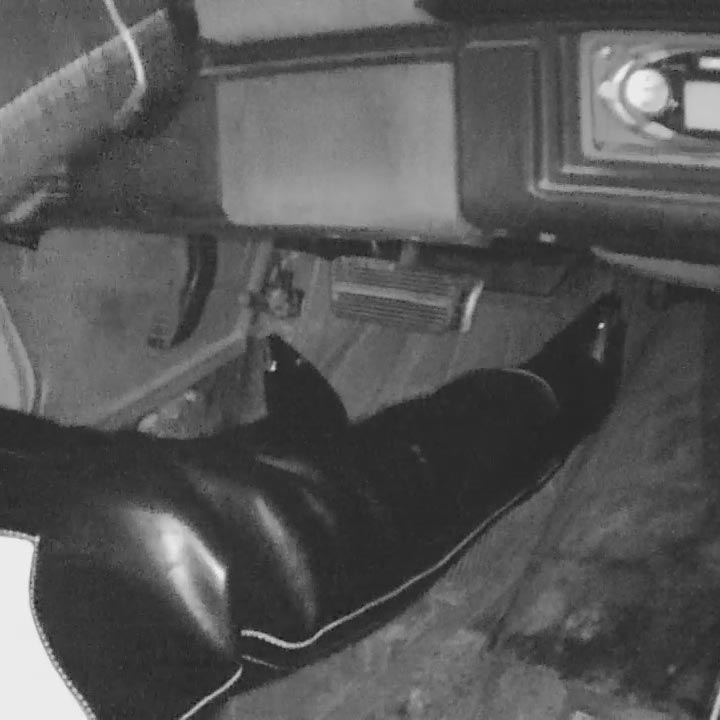 She’s sipping on some — what is it called? — oh, yeah, grape juice plus. Brings out the inner primate in us all. *ba-dum-tiss*

You’ve sneaked in a little night vision camera so you can watch Jane over and over again after this evenings delights are just a foggy memory. She’s trying to start the old Camaro but with all the pumping she’s doing and flooding the engine, it’s almost as if she doesn’t want to go anywhere. She knows you’re filming her but that doesn’t mean you can’t look at her and watch while filming.

This segment starts with you hearing her begging and cranking the old Camaro but no picture is viewable just yet. After a few moments of getting the auditory sensation, the image of Jane is on the screen and you can see her face is just as desperate as her voice. The car is so flooded that it barely sputters. She keeps trying though, getting more and more desperate to get the car started until she stops, looks at you and says, “I have a confession to make.”

**Just an FYI to why these segments are all about 3 mins in length: it’s because the camera had no audio, so I used a separate video device to capture the audio. Due to the different capture rates, I could only sync the audio to the video accurately up until the 3 minute mark before it started becoming too noticeable. I liked this little camera for the ‘spy’ look but it was a beeeeeyotch editing it.
Now you know the rest of the story. 🙂 Good-day!”