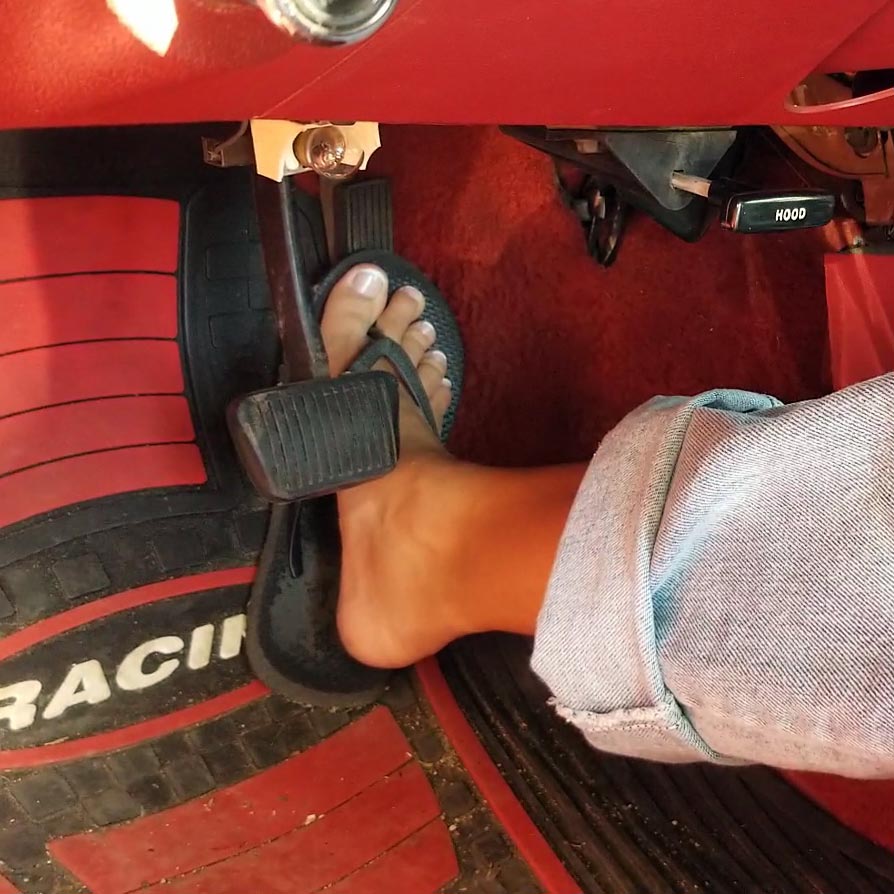 After years of service, the  battery needs to be swapped out of the old Mustang from all the stubborn starts, flooded starts, old starts and cold starts. Jane makes quick work of it and hops in to see if she can get the car start.