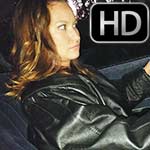 “Let’s see if we can get this Monte Carlo started.” Jane says as she’s carefully walking on the gravel driveway to the car. It’s getting dark, she’s dressed in all black leather and PVC and you know a little bit of teasing is coming.

“Are you enjoying this? Watching me trying to get my car started in this leather jacket you got me?”

After a while of play-time, it’s time to really go and when she tries to get the car fired up for real, it won’t start. While she’s not teasing and playing with you directly, it’s just as fun and sexy to watch her struggle after flooding the car out. She begs, bounces and pumps but it won’t start. Time for a taxi…