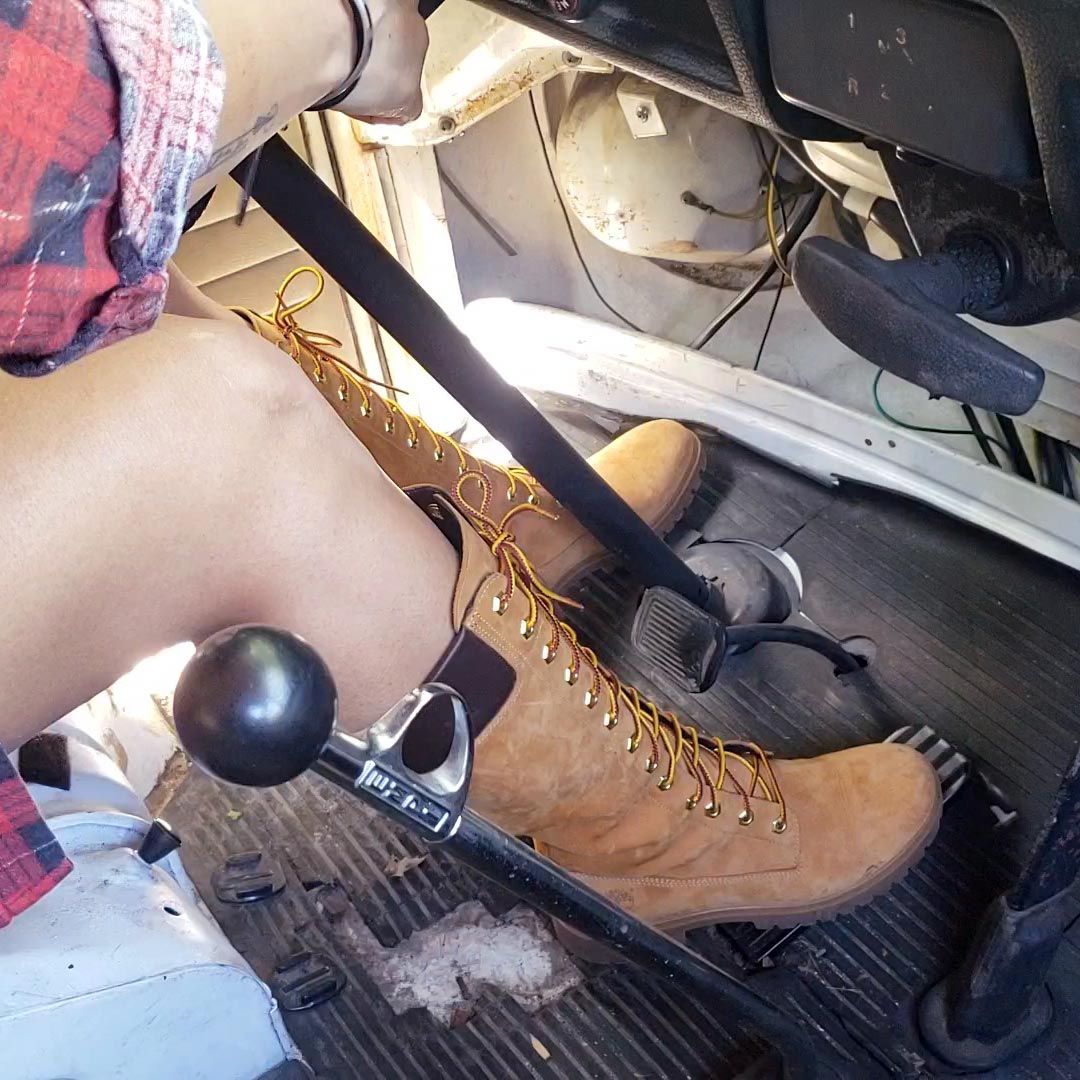 Jane Gets the Bus Stuck After Filming Custom 1263

This clip shows the events that led up to her getting the bus stuck in the mud after filming a custom in our backyard.

I knew the ground was a little damp still but just told her to be careful where she parks. The area she parked it at wasn’t too bad, it was firm enough and would be fine to drive out of even if the wheel spun a little bit. But what neither of us realized till it was too late was that right in front of the bus was a tree stump we had ground down when we first moved in a couple of years ago.
So you have all that decomposed wood chipping and wood dust from the grinding that were in a large hole, loosely packed, with a thin layer of dirt over it to make it look like normal ground.

At the end of the custom, she’s supposed to be leaving the campgrounds. She does go forward but a few feet before the front of the bus just comes to a soft stop. That soft stop that isn’t a good feeling. She spends the rest of the video trying to rock the bus out as we ain’t got time to be stuck right now, more customs have to be filmed! She’s trying not to dig down the rear wheels while getting it rocking but when you see the outside view, you see the front drivers tire sink faster than the rear wheels because all that loosely packed decomposing stump material is getting packed underneath the weight of the bus tire.