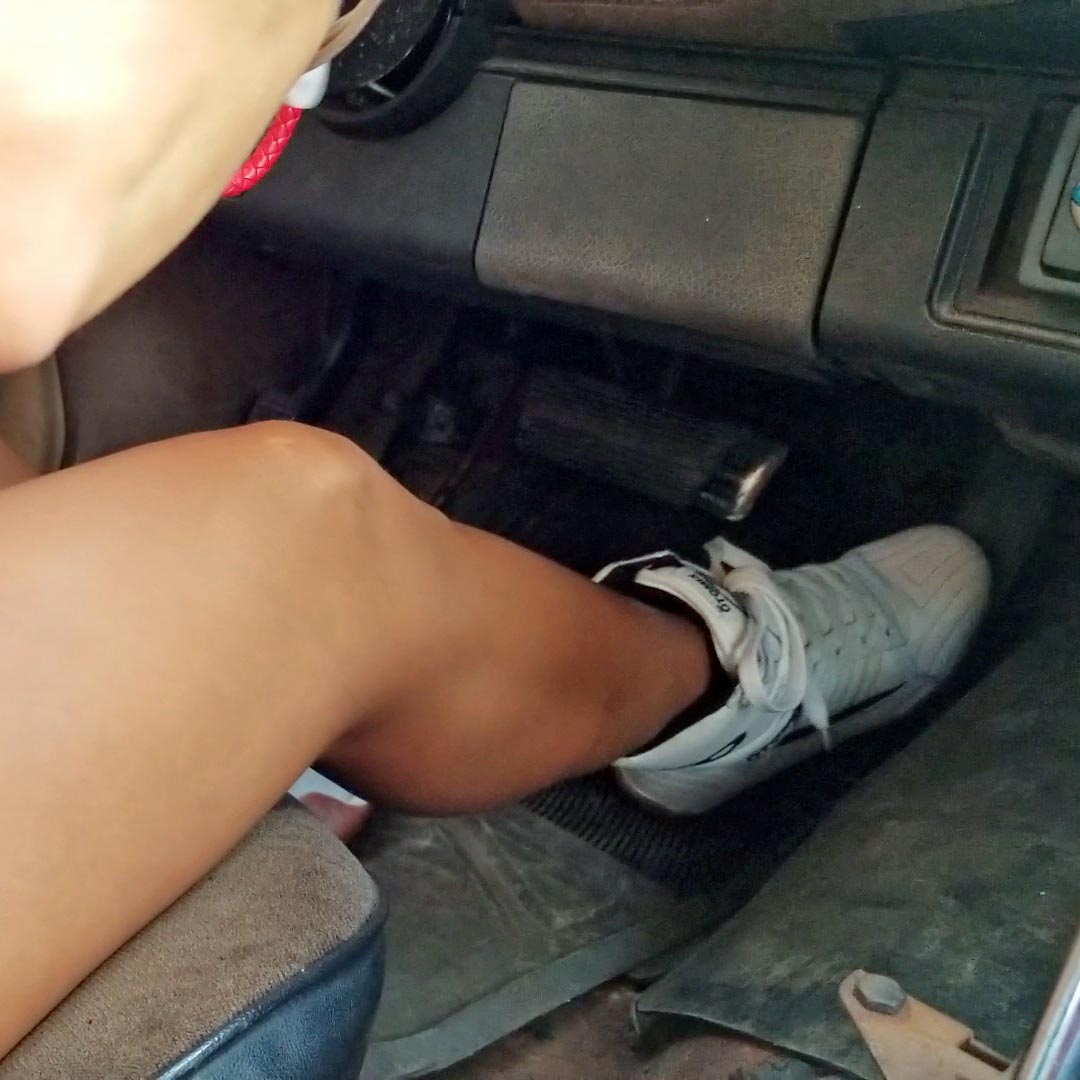 She’s got these old school hi-top sneakers on with her daisy dukes and a black wife beater shirt. She hops in the Camaro that she drove up in earlier and it takes some tries to get it going. A flooded hot start is always a great sight! When she gets it fired up, she revs it some before backing out onto the road and hitting the gas to drive it the short distance down the street.