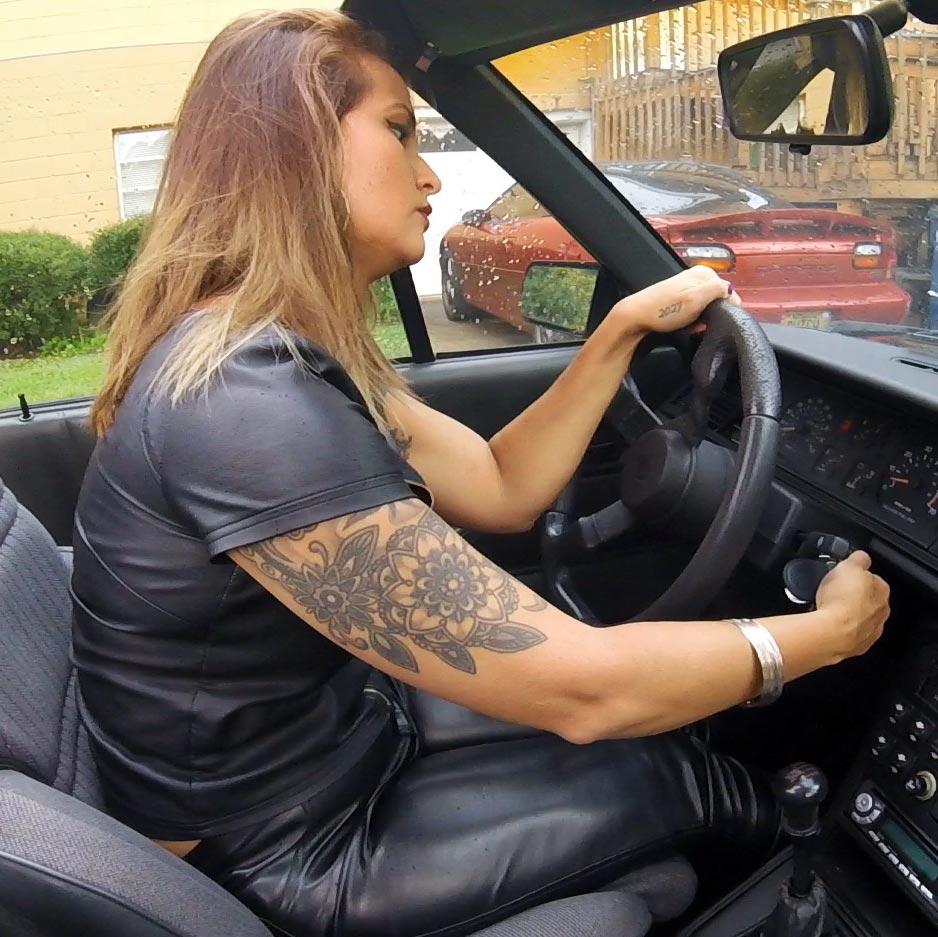 Jane Domino Struggles to Start the Renault in Black Leather Riding Boots, 1 of 2

Gonna see if the Renault will start before it starts to rain. It got flooded real bad in a custom we filmed in it earlier (custom #1011), so now comes the fun part! Some pov and over-the-shoulder angles while she cranks the car and pumps the gas. Her black leather riding boots blend in with her black leather pants and she finishes the outfit with a black leather t-shirt. Lots of close-up thigh shots where the leather gets tight on her thighs as she bounces her leg up and down. She does get the car to sputter but ends up draining all the juice out of the battery.

One thought on “Jane Domino Struggles to Start the Renault in Black Leather Riding Boots, 1 of 2”