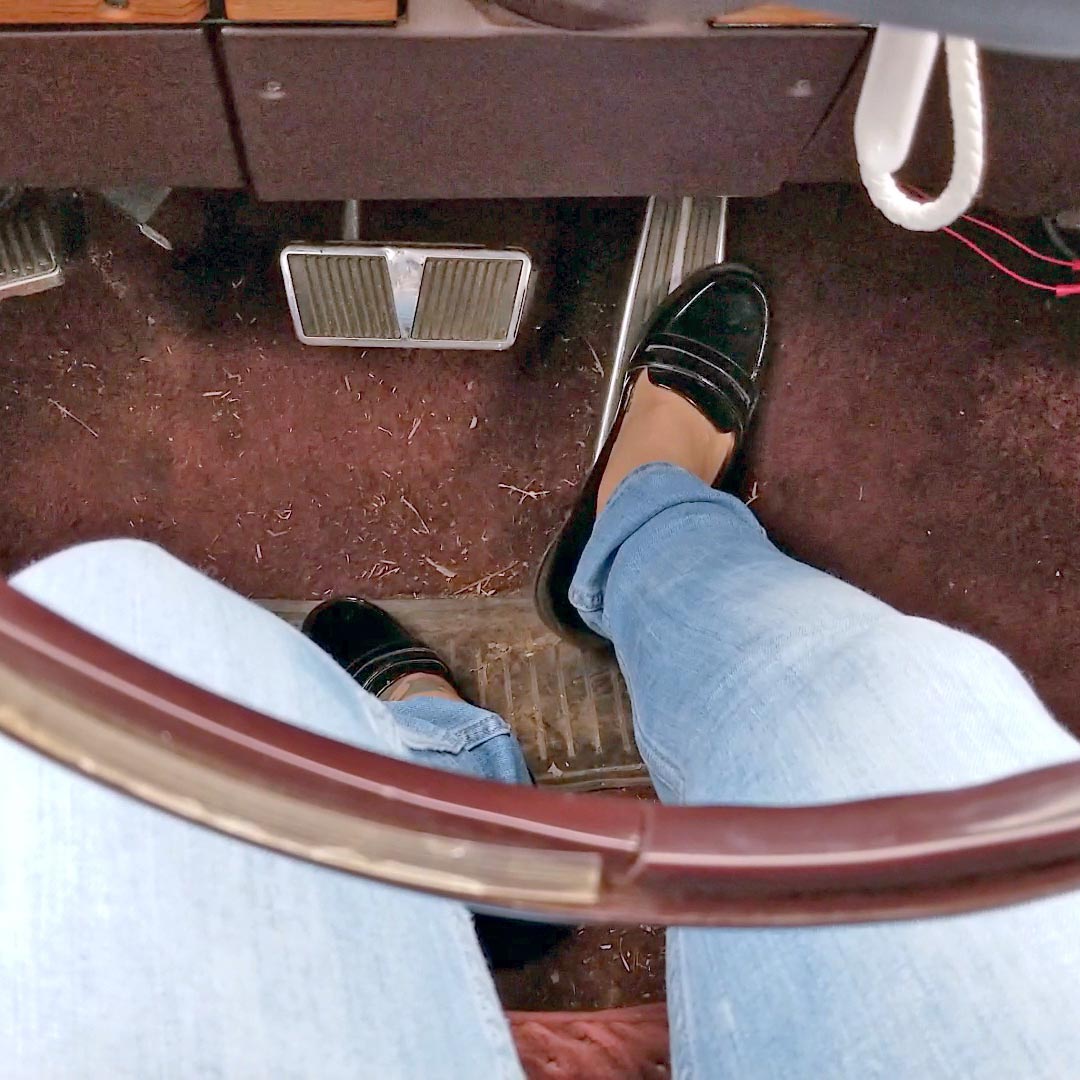 She changes out of the black-and-white cowgirl boots for some more casual patent black loafers. She’s in the Cadillac changing shoes because that’s the car she drove over to where the Jeep is at to give it a cold start. The Jeep is a bit stubborn this morning to start but she gets it fired up, warms it up a little and moves out of the parking spot so she can pull the Cadillac up into it’s spot. The Cadillac takes a few tries to fire up and she parks its.
Back in the Jeep, she drives back to the house.

One thought on “Jane Domino Starts Up, Moves & Revs the Jeep & Caddy in Patent Loafers”