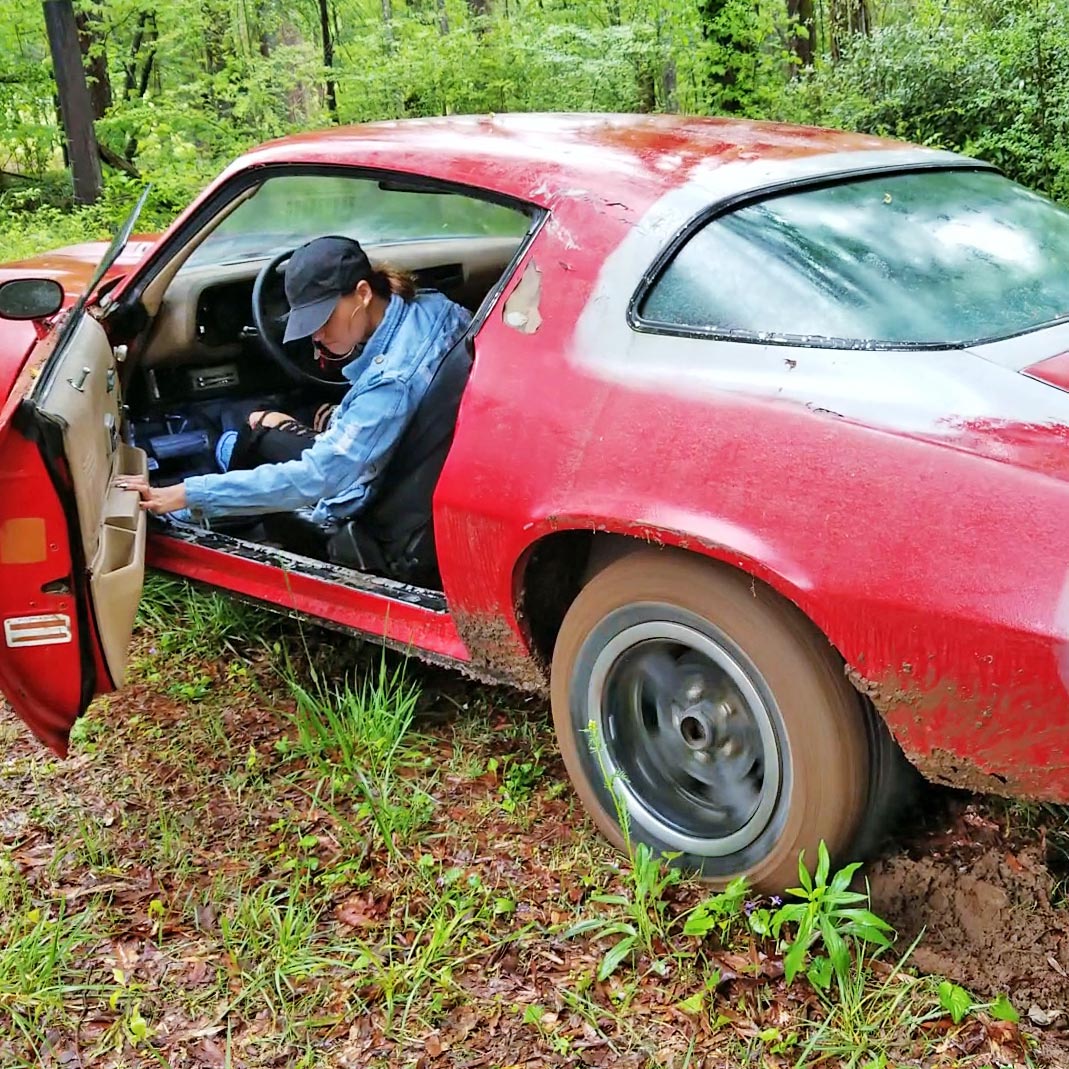 Jane Domino Stuck in the Mud with Little Billy in ‘Game Canceled Due to Rain’, 3 of 6

“You know what Billy? I have an idea… I’m going to go forward.” Jane says with confidence that her decision is the right one. She pumps the gas pedal and turns the key to get the car started again and it sputters, coughs and chugs in defiance. She keeps cranking it until it finally starts up. She revs it a few times and puts her foot on the brake to put it into gear but it stalls. She’s getting really frustrated at this old Camaro.

She does get it to run and starts to pull forward but the car dies again as she’s going, so it seems like one problem might of been over-come. Now, if she can just get this car that she hates to keep from dying, that would be great.

It’s raining again now, so her stuck predicament might get worse if she can’t get the car started so she can leave. It’s a lot of flooded hot starts with the car stalling before she can get it in gear. When she is able to get it in gear, the ground is now slicker than ever and her wheels are just spinning as she looks out the open drivers door at her rear wheels.

“I’m just burying us deeper. Oh…oh, it’s starting to catch Billy, I’m about to get it!” ….famous last words.

One thought on “Jane Domino Stuck in the Mud with Little Billy in ‘Game Canceled Due to Rain’, 3 of 6”