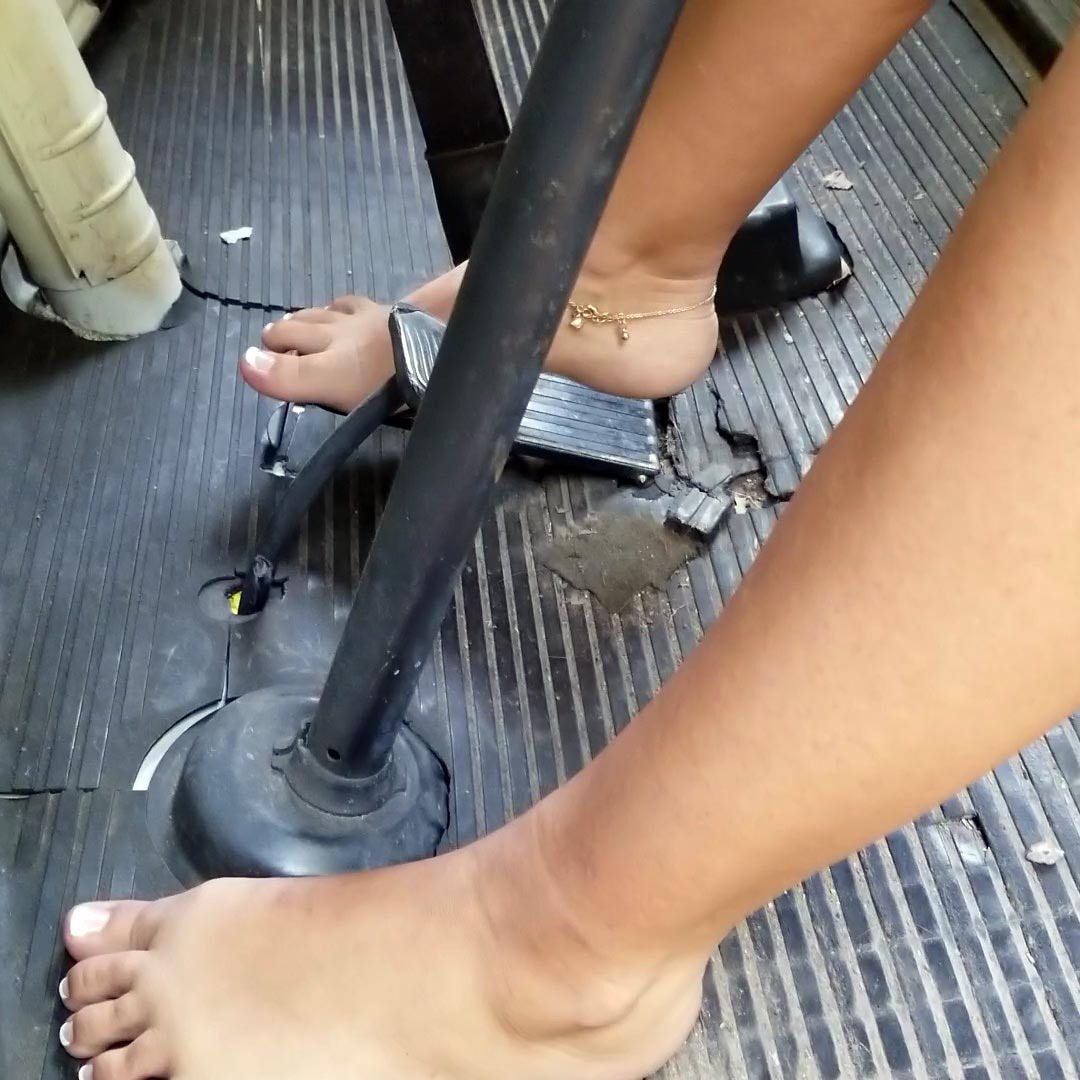 The scene starts out with Jane man-handling the Bus. We were heading out to do a video but found an issue with it, so she’s trying to get it back up the driveway and parked. Instead of turning around, she just reverses the old Bus up the driveway. She then swaps with Jewels to let her do some revving with her petite bare feet.