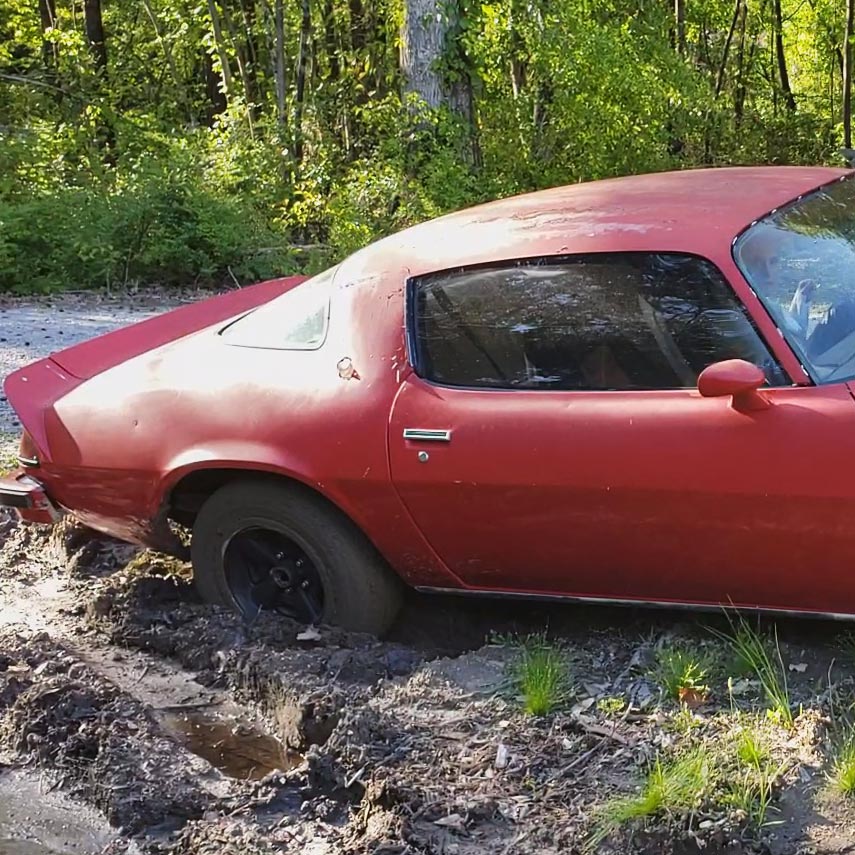 The scene was for Jewels to be trying to push the Camaro while it’s stuck in the mud. She’s supposed to get her boots muddy as she bends over and pushes the car. This was for a www.bootNleather.com custom video that can be found in that store by clicking here.

This clip is of the girls setting this scene up. It starts out with Jane outside the car filming Jewels trying to get the Camaro into position. The first spot she parked it in wasn’t right, so she’s going to move the car except that it’s stuck in the mud. Jane is filming from a little ways away on the passenger side, so you can barely see Jewels through the windows but you can see her right rear tire spinning in the mud. She’s not trying to dig a hole since they’re wanting to be stuck right now. After some rocking back and forth and being careful not to spin too much, Jewels gets the car unstuck and maneuvers it into a good spot with some help from Jane.

Now that the video is done, Jane is going to park the car. She’s filming her point-of-view while she’s wearing the rubber rain boots and trying to get the car unstuck. You hear the engine rpm’s going up and down as she’s getting on the gas but the car is only moving a little bit. She passes the camera to Jewels, who is filming from the drivers side and within a few more tries, Jane is able to get the car free.