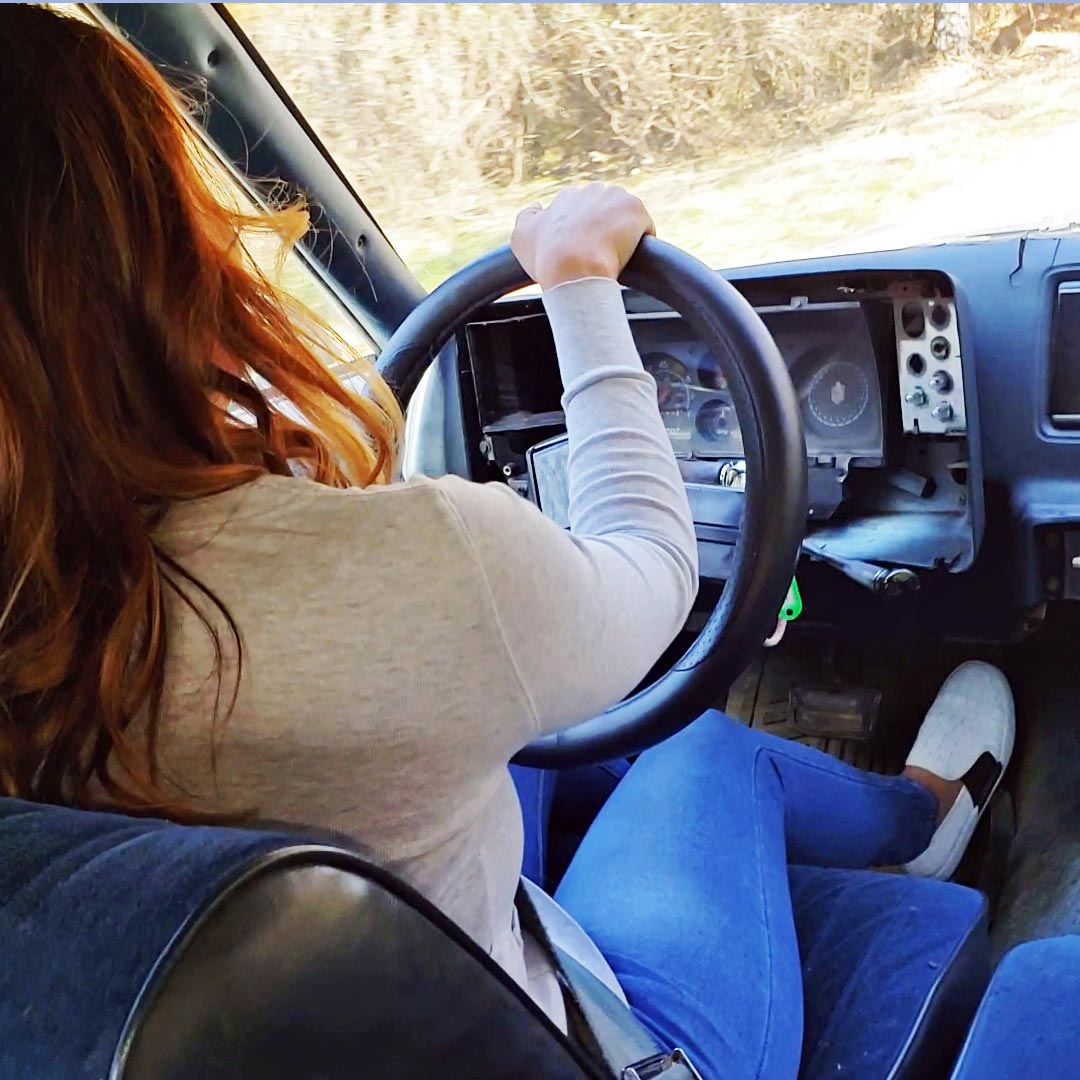 A behind-the-scenes clip of Jane cranking, driving and revving the Monte Carlo with her co-pilot comedian, Vivian. Jane is wearing these white slip-on style sneakers as I film from the backseat.

She does a little cranking to get the car started, stalls it at the stop sign a few times, drives for a bit before the car dies on her and she has to pull off to the side of the road. When she gets the car parked, she does some hard revving while leaning out looking back at the exhaust she’s making.