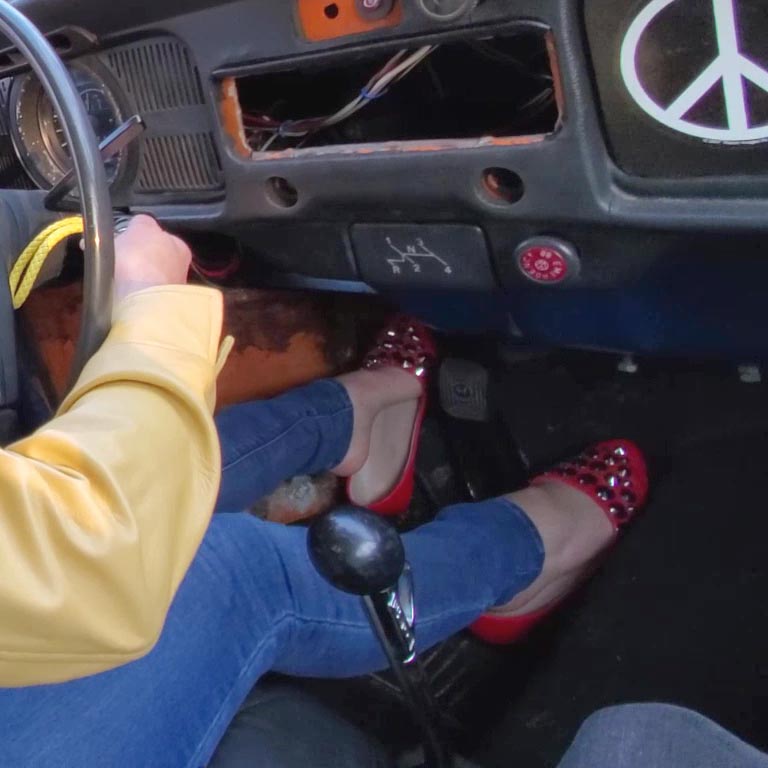 They’re getting some of the cars parked where they go for the night in this clip. I try to keep the cars parked somewhat neatly so my neighbors and lookey-loo’s aren’t scowling at us. Hopefully they don’t pay attention to the mudpit and ruts that are where my grass used to be…hey, can only do what you can, right? lol

Jane is wearing some sneakers and Vivian is wearing red ballet flats.

Some flooded starts, old starts and reversing/parking from these two.