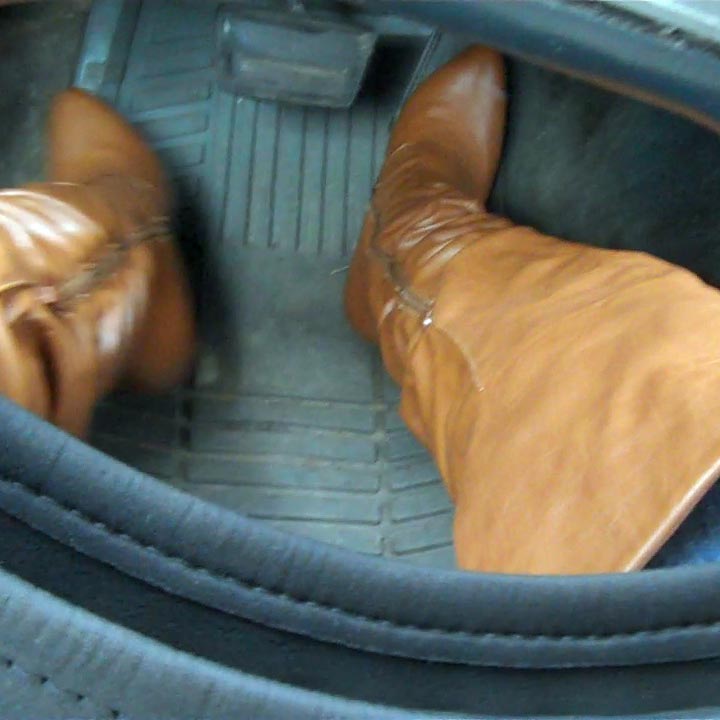 Another dreary morning and another rough cold start in her old Monte Carlo. Why doesn’t she get to drive the nice suv to work? Ugh! At least she has some time to drink her coffee and get a right leg workout in before hitting the road.

Filmed from her point-of-view of her long legs wrapped in jeans and brown over-the-knee boots with a stiletto heel trying to get her car started.