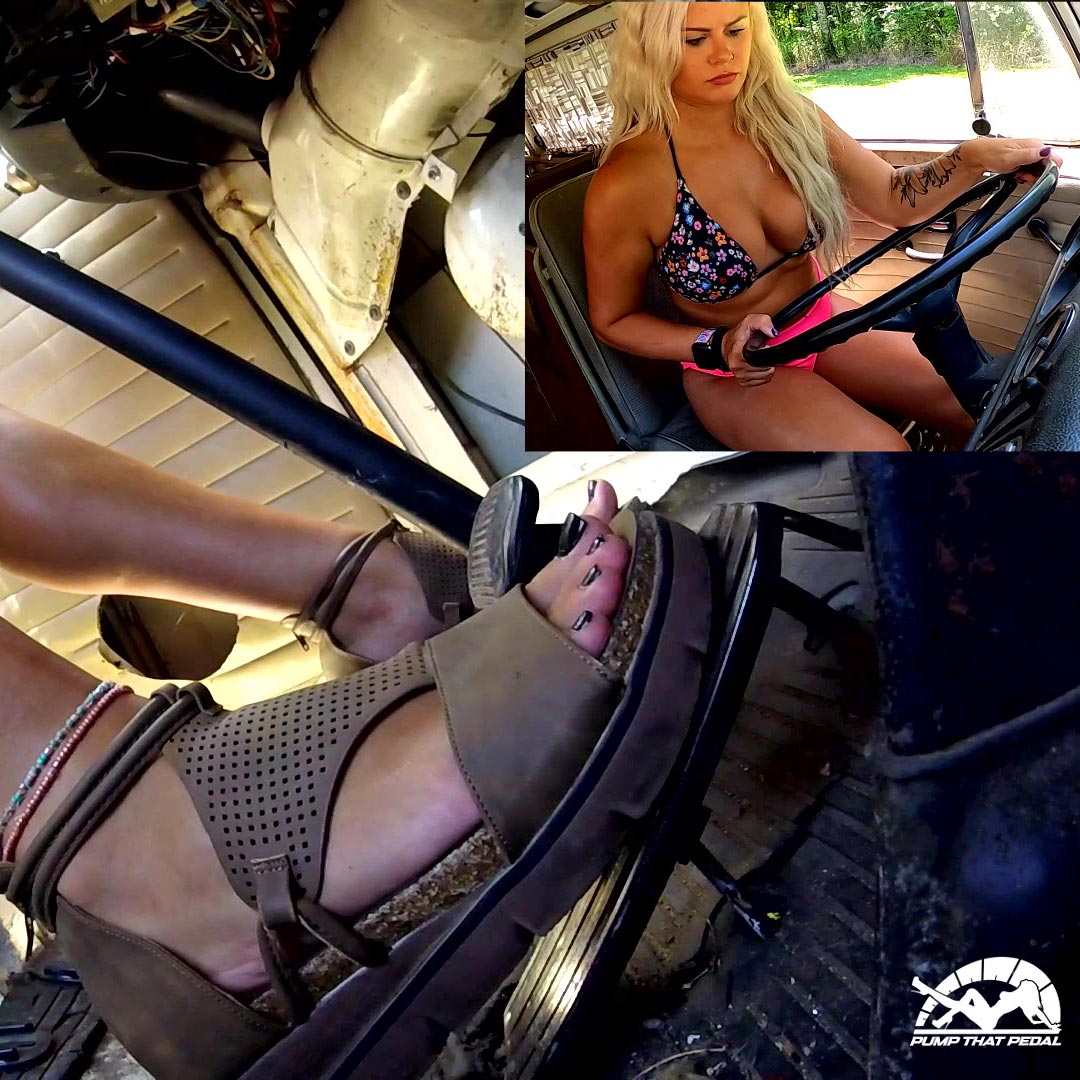 Well, this series brings an end to another Bus engine. What is that — the 4th or 5th engine in 10 years? This engine last the longest, at about 4-4.5 years. I guess it’s only fitting because the one it replaced was the shortest lived engine — it never got broken in before these two killed it.

Anywho, bring on the slow death series….which starts out with Riley climbing into the old Bus, cranking the stubborn thing till it starts and begins revving it in these flat hiking-style sandals. A mix of shots from in the car and outside.