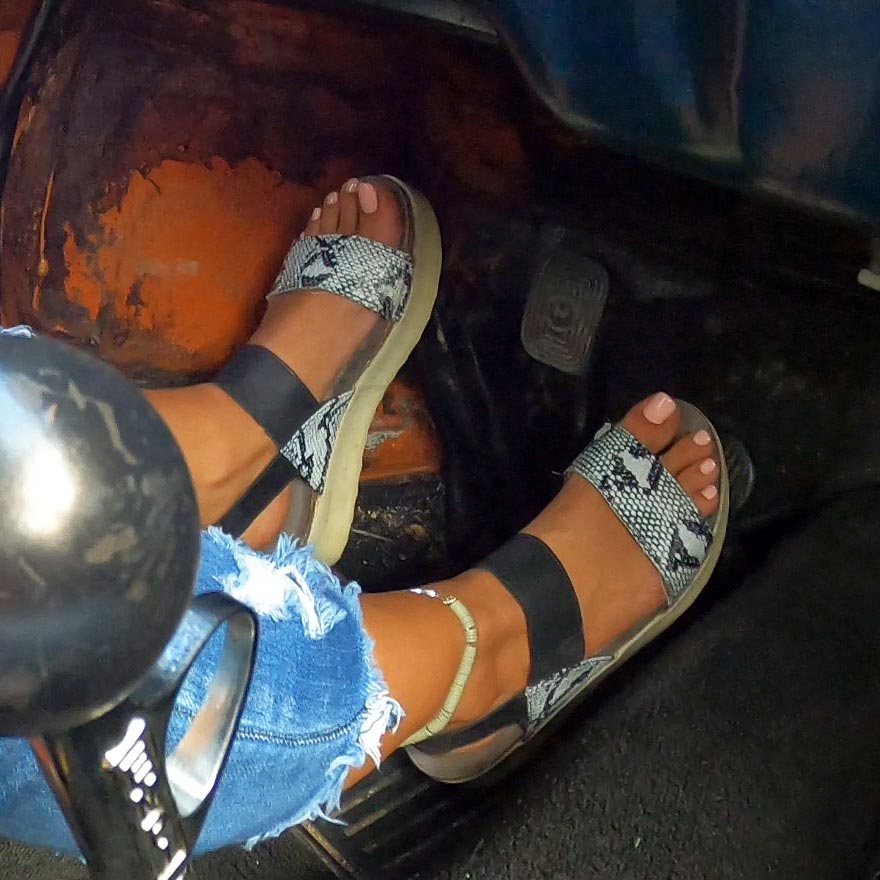 Riley & Jane hop in the old the ’72 Super to take it for a spin but Riley can’t get it started. She’s wearing a pair of cuffed jeans, black & white snake print sandals and has this soft shade of pink on her toenails. She cranks the car for a while but she can’t get it started. She puts a break in her attempts to take a breather while Jane mentions how she loves Riley’s toes. She goes to start it after the break and it finally fires up. She gives it some good revving to clear it out.