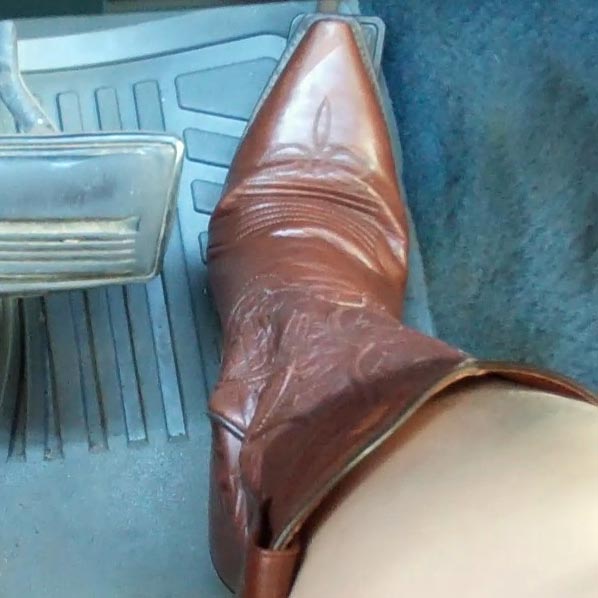 Scarlet Tries Twice to Get Her Car Started to Run Errands

She tried in the morning to get her car started so she can run some errands in town but no luck. Battery died after a couple of mins of trying to start the car. POV of her brown leather cowgirl boots.

Later in the day, after she’d run some errands, she’s showered and changed and heading out again. She goes to see if it’ll start now. She gets it to sputter but it’s flooded from earlier. Probably going to have to let it sit for a few days to clear out. Passenger side view of her wearing a sleeveless top, black leggings and gray calf boots.