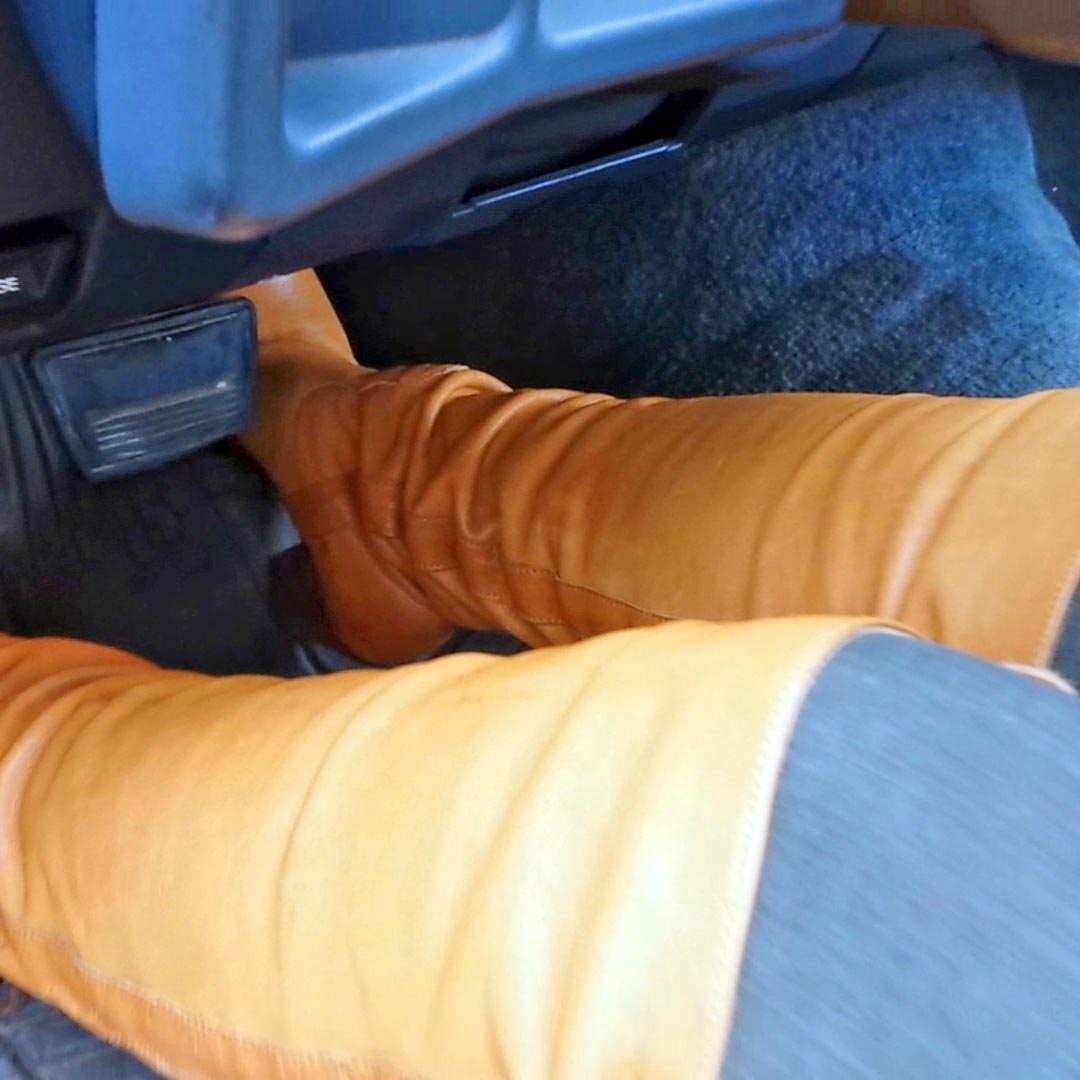 A ‘great’ day for an old cold start. She’s gonna see if the Monte Carlo will start for her today.
She’s wearing a brown leather jacket, jeans and mustard colored leather boots.