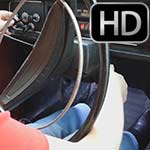 Not much driving in this clip but there is a segment at the end of her finally overcoming her issues with the Volvo. She’s struggling to keep this Volvo going today. Each place she goes to, when it’s time to leave, it doesn’t want to start back up. Must of been a Monday…lol

One thought on “Scarlet Running Errands with a Cranky Volvo”