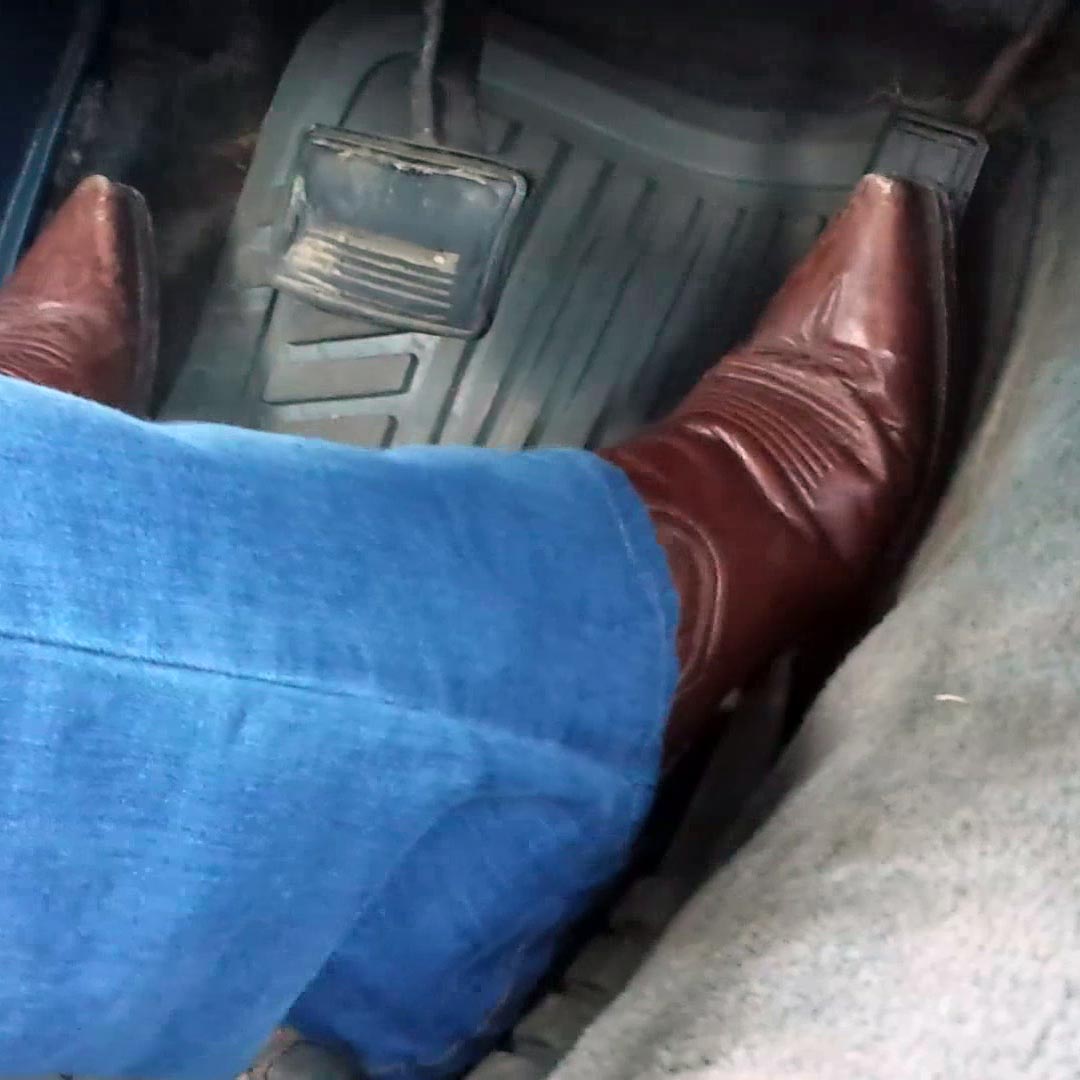 Scarlet Cranking the Monte in 2 Pairs of Boots Running Errands

We spent most of the afternoon running errands and ended up going well into the evening. Had to make quite a few stops so that meant lots of hot start. The good ole Monte Carlo didn’t disappoint being stubborn trying to leave all the places. After the first coupe of stops, she changes out of her brown Frye cowgirl boots and into a pair of Ariat leather boots to continue the cranking and driving.

Cranked it at the grocery store parking lot, gas station pump, lunch parking lot and drive way. Driving in between the cranking helped clear the car out but also kept the engine at operating temperature. If you just look at the gas pedal wrong when the engine is warm, it’s gonna be hard to start.