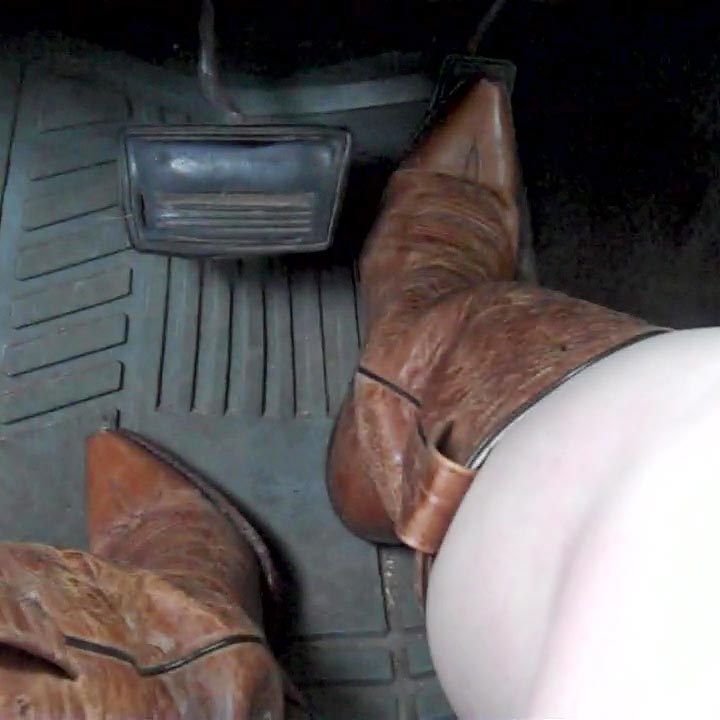 Scarlet Stuck & Cranking the Monte Carlo in Tan Boots, 2 of 3

This part jumps right into her being stuck and not able to reverse up out of the parking spot. If you are familiar with this little ‘sweet’ spot at our old house, I’d often times get Scarlet or models to park a car here. I have them get close enough to the shrubbery in front of the car so that they have to back up some before they can have enough room to turn to the left and go around the shrubs. But they gotta back up 10-15ft before they can do that.

Scarlet is having to two-foot the car to keep it from rolling too far forward and into the shrubs. So it’s almost like using a clutch, she has to get on the brake at just the right time to keep it from rolling but not too early to slow down her struggle to reverse the car. She’s trying to work it to where she can get a little bit of rocking going but the tires can’t get any grip and the car wants to stall out on her too.

One thought on “Scarlet Stuck & Cranking the Monte Carlo in Tan Boots, 2 of 3”