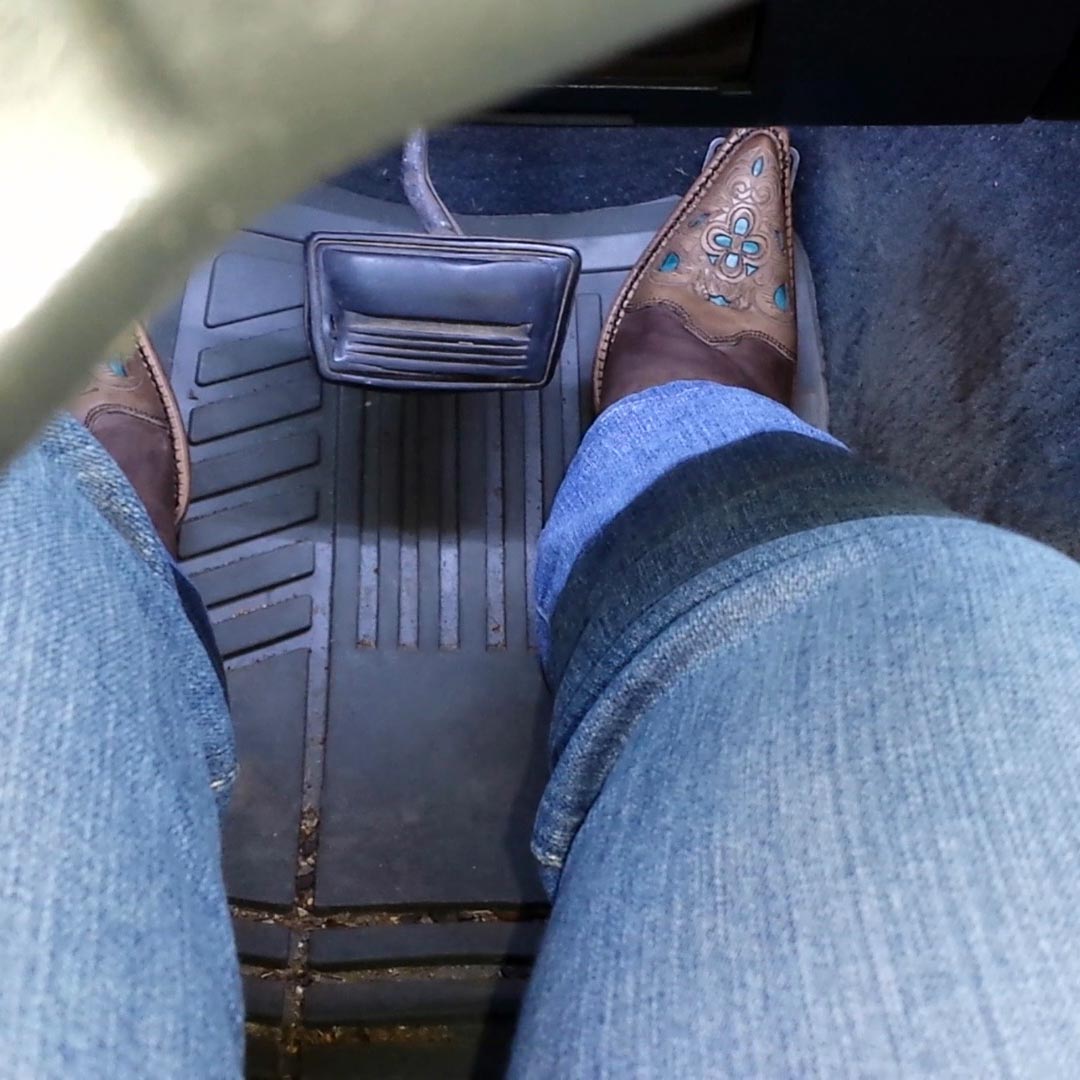 She got these new, 2-toned boots and is breaking them in. Lots of stubborn cranking mixed through this clip where the plan was to go run errands. But I can’t remember if the starter was sounding weird or I was seeing/smelling smoke, so she drove it back to the house so I can take a better look.
This thing floods out so dang easily — almost too easily.