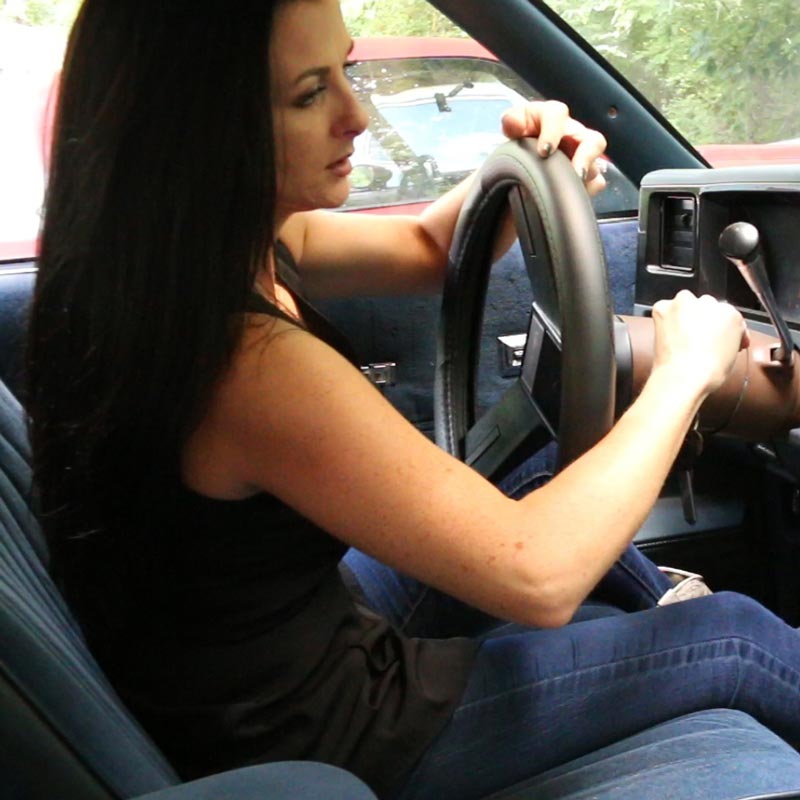 She’s wearing these vintage cowgirl boots that were very popular in the 80’s. Think to just about every horror movie then and these little boots were worn by many of those poor pretty girls who are fleeing from the bad monster only to slip and fall then their car doesn’t start.
Not quite as dramatic as those movies, Star does have some of the same car issues that plagued those poor damsels in distress. She tries getting the Cadillac started but kills the battery. She then hops in the Monte Carlo and cranks it till it finally fires up. Then, in typical Star fashion, she revs the shit out of it and you gotta love the subtle double-fist pump she gives when she gets it to start.

One thought on “Star Cranks the Caddy & Monte in Creme Colored Cowgirl Boots, 1 of 2”